It was the era before organized activities to which children had to be driven after school. Soccer moms had not been born yet. For one thing mothers not only didn’t drive but they were busy with household chores as well as with preparations for dinner. They didn’t want us underfoot until they were ready. Thus the order was (unless it was raining) “Go outside and play.”

Luckily, we had an “outside” to play in and plenty of children our own age to play with. Next door were Virginia and Pauline Zarosi who were the same age as my sister Anita and me. Le Conte Avenue was unpaved until about l928 and there was no traffic to speak of. There was a small meadow between the Zarosi house and the slope leading up to San Bruno Avenue. It was a favorite spot for the Zarosi and Eshow girls. Virginia and I liked to lie on our backs and call out patterns in the clouds that floated above us. If by chance a plane flew overhead—and after Lindburgh’s famous flight we looked for planes—we would jump up and holler, “Oh Airplane, Give me a ride!” We really didn’t think the pilot would hear us much less land the plane but there was always that possibility. After the rains the tall grass was easy to pull out. Weighted by the hunks of mud that clung to its roots they made satisfactory missiles for grass fights. No one was ever injured; the worst thing that could happen was to get mud on your coveralls.

Across the street between Verna Michaelson’s house and the Werners was a huge meadow. It was our ball field. There was always someone to play with: Aldo Bartolozzi from San Bruno Avenue, Alexander Sanchez, Peter Lunardelli and Verna from the three houses bunched together, Robert and Henry Werner and sometimes Mario Viaggi who was a few years older than most of us. Kids from Key Avenue sometimes joined us: Bertha Heitman, the Frieres—Lucien, Mex and Eloise and Henry Gutierrez. We played Pinky-on-the-Bounce, a game that appears to be unknown to anyone I’ve ever talked to. There was no team. To decide the order of batting we stood in a circle and someone chose by tapping your hand as you recited, “Ibbity Bibbiyy Sibbity Sab, Put your hand behind your back.” If the fielder caught the ball on a bounce the batter was out.

Other games were Hide and Seek. (The pile of coal in a corner of our garage was a good hiding place.) Once Le Conte was paved One Foot in the Gutter became popular along with Kick the Can. The cry to bring in the well-hidden was “Oley oley olson free!” (I am told the correct call was “Ally ally Oxen free” in other neighborhoods.

We played until we heard the mothers call our names from the front porch. I was intrigued with Mrs. Baartolozzi’s cry “Aldo! Kameena caza!” 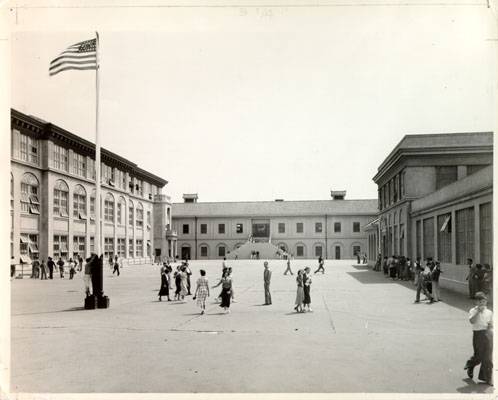 Sometime around 1932 a center went up near Portola Junior High. By this time I had lost interest in playing outside, having gotten my adult library card. My mother urged me to go down there but I never did. My youngest sister, Violet, always obedient, found ballet classes which she joined. Her reward was to dance with the troupe at the World’s Fair on Treasure Island in their performance of the ‘’Waltz of the Flowers’’. She treasures the memory.

Later, in 1958 the San Francisco Giants baseball team moved to San Francisco, and a ballpark was built for them at Candlestick Cove, opening in 1960. The games that dominated the neighborhood after that were those of professionals playing in the new stadium. 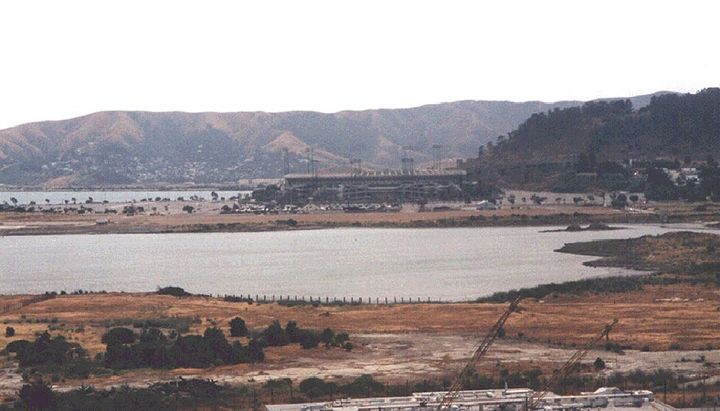 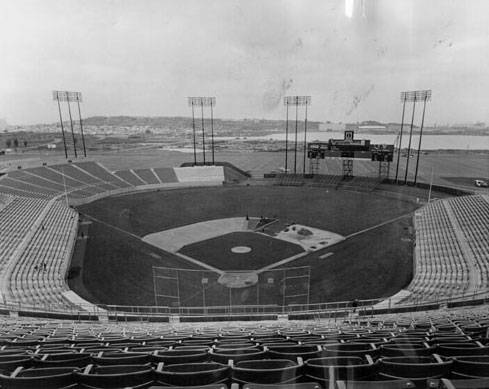 When the ballpark opened in 1960 it was considered the finest baseball stadium in the country. Little did anyone realize then that the howling winds and fog that pour in from the Pacific Ocean would dominate the atmosphere at Candlestick Point. Years later the stadium was fully enclosed in an attempt to thwart the winds, but ultimately the baseball Giants abandoned their state-of-the-art facility for a newer park on Mission Creek nearer downtown in 2000.