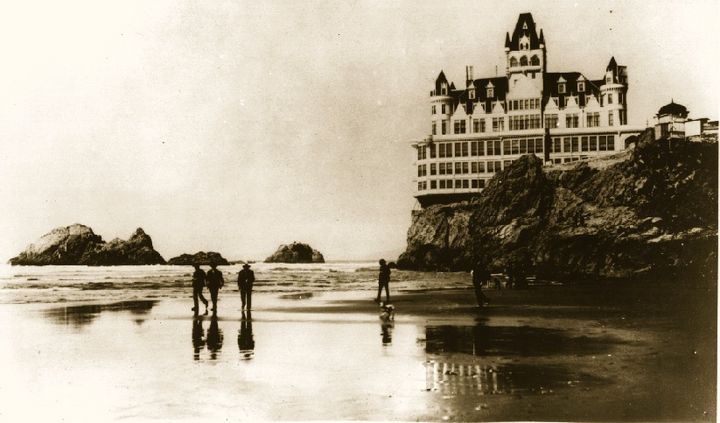 Far west end of Point Lobos Avenue. As Mark Twain once wrote, the Cliff House is said to offer a majestic view of the sunrise—though Twain himself, perhaps jaded by his travels, supposedly remarked "I don't see it" after dragging himself to the Cliff House at some ungodly hour. 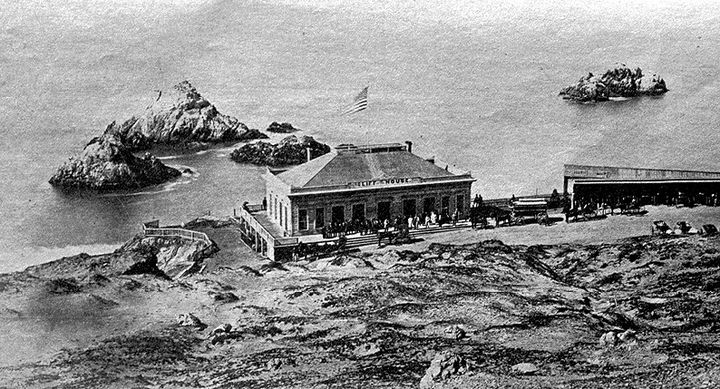 Built in 1863, the Cliff House became a resort spot favored by the local gangsters who ran the city. It was badly damaged when the schooner Parallel, carrying a huge load of dynamite, smashed against the rocks below the house; the ensuing explosion annihilated one whole wing of the building. Seven years later, the whole place burned to the ground.

At the Cliff House (Photographed by Taber) 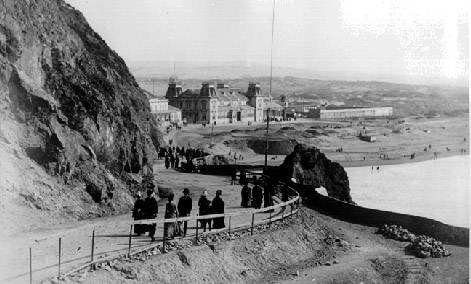 Adolph Sutro rebuilt Cliff House #2 in 1895, but it, too, burned down that same year. Undaunted, Sutro built the third and most magnificent Cliff House (at right) which survived the 1906 earthquake only to burn down in an electrical fire in 1907. The current version (Cliff House #5) has been luckier; it has lasted since 1909, and, barring an exceptionally powerful earthquake or tidal wave, will probably stand for the foreseeable future. 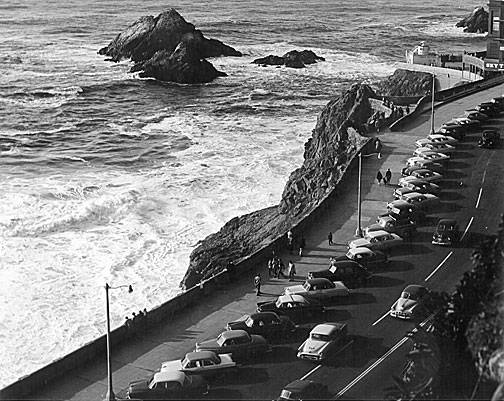 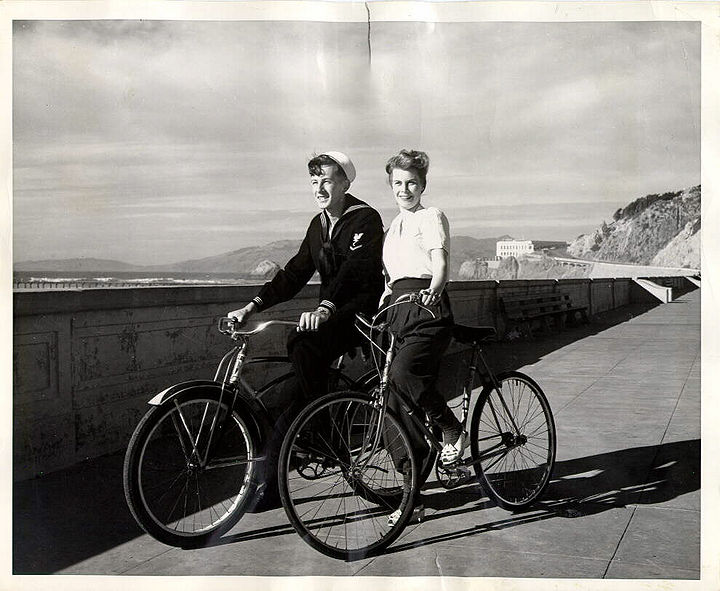 Two cyclists at Ocean Beach with Cliff House in background, 1955 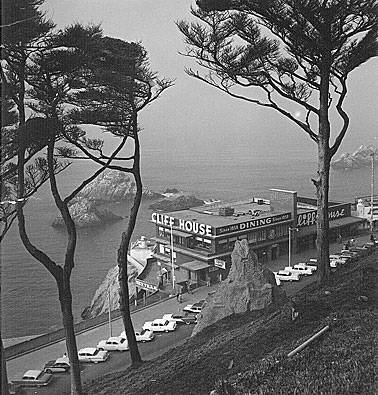 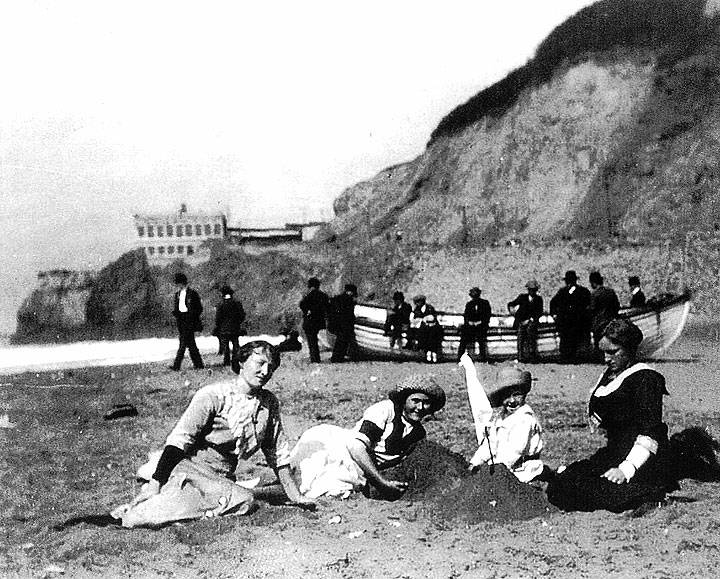 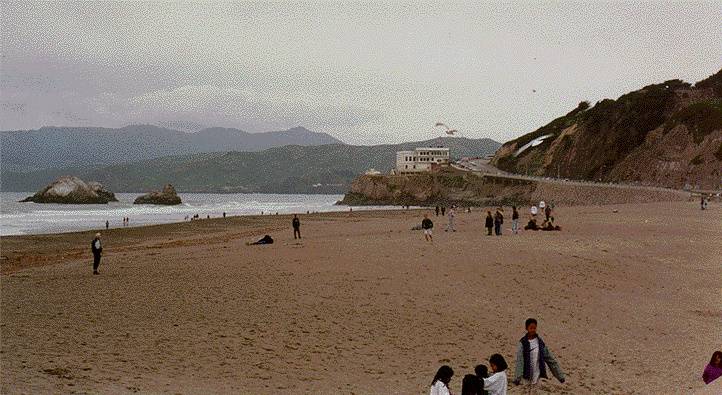 The north end of Ocean Beach, Cliff House in the center, Marin hills in the left background.