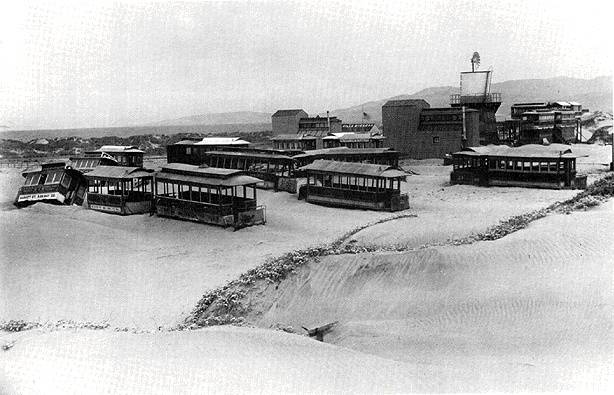 Carville with the Marin hills in the background.

In 1895 the Market Street Railway Company began selling old abandoned horse-drawn railcars, "$20 with seats, $10 without." By 1900 more than 100 of these cars were perched in the sand dunes just south of the ocean end of Golden Gate Park. In the beginning, these cars were mostly used as clubhouses, restaurants and beach cottages. Mayor Adolph Sutro, who owned the land, encouraged the arrival and development of Carville as a way to collect temporary rents on his property. 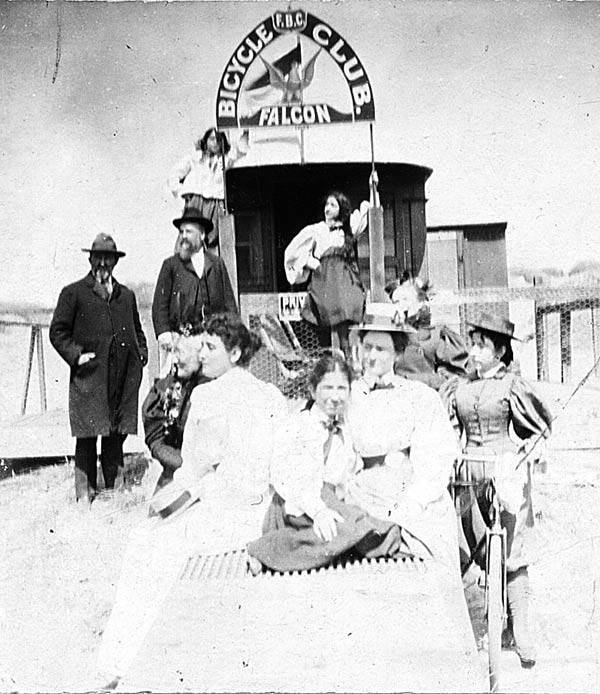 Falcons Women's Bicycling Club at Carville by the Sea.

One of the earliest tenants was a women's bicycling club known as the Falcons. San Francisco was pulsating with bicycle fever in the last years of the 19th century, and the Falcons soon filled several abandoned cars and added a lean-to for bike parking. They managed to create a table that could seat 28 and entertained themselves every week with a ride to their beachside clubhouse, swimming in the ocean "when no one was looking," card games, and visits from many of San Francisco's leading professional men, artists, writers, including Ambrose Bierce, Mayor Sutro, and Collis Huntington. 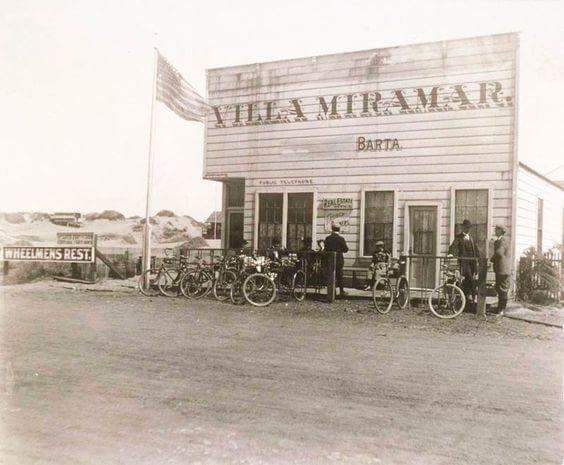 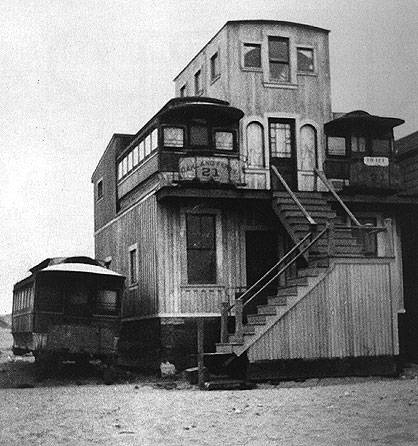 One could stroll across the dunes to the picnic car of the "Fuzzy Bunch," long-haired Bohemians of the gay '90s, which included Maynard Dixon, Jack London, George Sterling, Ina Coolbrith and many others. In the early 1900s a group of musicians christened their lair "La Boheme" after the popular new opera, their car being the original "Annex" run at the outset of Carville as a refreshment stand by Sutro's friend Col. Dailey. Members of the Metropolitan Opera were entertained at La Boheme in 1908 which they later declared their best stop on the trip. In the early years of the 20th century people began to make Carville home. After the 1906 earthquake and fire a number of refugees settled in Carville, including for a while Fremont Older, editor of the San Francisco Bulletin and major instigator of the graft prosecutions against Ruef and Mayor Schmitz. Many people stayed and the neighborhood became more formalized. The Oceanside Improvement Club, founded in 1903, had by 1910 managed to establish electric, gas and water service for residents, as well as grading and paving streets, and had also laid plans for a sewer line. The neighborhood didn't really develop extensively, however, until the 1928 extension of the Judah streetcar line to the beach. Stucco houses, apartments and motels soon replaced the 30 or so cars still standing into the 1930s. Glimpses of houses built on the remains of old streetcars can still be caught in the blocks around 48th and Irving. 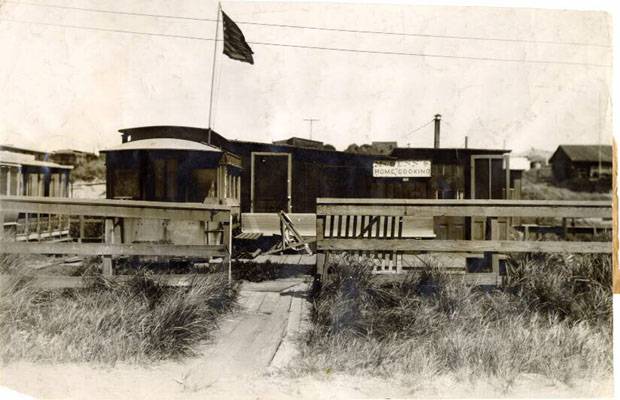 Mrs. Gunn's Home Cooking restaurant at Carville by the sea.