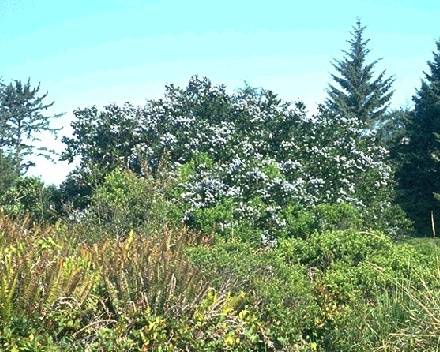 History has preserved for us the general features of the secular changes in the flora of some countries but without enabling us to distinguish between the mild work of nature producing gradual changes and the violent impetuous work of man subjecting nature to serve his purposes--what we call civilization.

While in former times, and even now in barbarous countries, most of the changes in vegetation were preceded by destructive warfare and devastation, in our era it is not so much the tearing down, it is the building up that produces these changes, which occasionally are so sudden that a sufficient number of individuals of our own species live long enough to recollect, and eventually note down, what has become extinct and what has been added to the Flora of a region.

The commemoration of such instances is not only of general interest, it is also instructive, as it frequently gives a clue to the methods of nature in producing such changes.

Here in San Francisco we have ample field for such observations, but notwithstanding the rapidity of the changes it is high time to fix these observations in print, because the generation which has witnessed them is fast disappearing.

The nativity of some Californian plants is at present a matter of controversy. The birthplace of a single or a limited number of species may appear of such trivial importance as to be beneath serious notice, but as part of a totality of facts it is worthy even in isolation of our closest attention. We must consider it the duty of each generation to record as many of such facts as possible not only in regard to the geographical distribution of species, but to its historic existence in certain localities as well.

The botanists of former generations have done but little in this respect, being apparently under the impression that the distribution of vegetable life on this planet was as unchangeable as they considered the species to be; and in consequence many of the peculiarities of plant distribution cannot now be explained at all and others form the subject of more or less heated controversies.

As I am at present one of the comparatively few and almost daily decreasing survivors of the earlier days of California, and, perhaps, with the exception of Prince Paul of Wurtemburg, the only one who found time in the years 1850 and 1851 to pay attention to things that were not mineral, I consider it my duty to make record of my observations and experiences in this as well as in other countries newly opened for settlement, and calculated to shed some light on the modus operandi used by nature in changing the flora of a district previously little or not at all disturbed by agriculture or by commercial intercourse.

The wind-swept hills of San Francisco have apparently always been rather deficient in trees, but in places somewhat sheltered from the blasts a considerable number were formerly to be found. The scrub of Quercus agrifolia (coast live oak) now to be seen in the park fairly represents the oak vegetation, though occasional trees of greater size were to be seen. The Aesculus californica (buckeye) grew in some localities into large trees, like those now growing in Sausalito, near the mouth of Wildwood Glen. Near Mountain Lake there were formerly entangled thickets of Myrica californica (California wax myrtle), and the bay shore from Fort Point inward was fringed with Umbellularia californica (laurel) which grew to large size, mixed with thickets of Garrya, G. elliptica (silk tassel bush), Sambucus (elderberry), etc., and the hill tops were crowned by a very extensive chaparral of robust Ceanothus thyrsiflorus (coast blue blossom). No conifers anywhere in the region covered by the city proper came under my eye with the exception of a few small ones on Lone Mountain; across the bay, however, the Contra Costa Hills were fringed with Sequoia sempervirens (redwoods) of such dimensions that the separate trees could be distinguished from this place. In my botanical rambles, which frequently became scrambles, I often came upon the camps of woodchoppers, hidden away among the tangled thickets of brushwood, their habitants, usually French or Italians, turning an honest penny by supplying the infant city with firewood.

The destruction of the trees and shrubs, draining and filling up the swamps and lakes, etc., has of course banished many of our species, one of which, Alsine palustris (=Arenaria paludicola, marsh sandwort), has not been found elsewhere. The Aquilegia truncata (=A. formosa, columbine) and Thalictrum [=T. fendleri var. polycarpum] formerly grew on Telegraph Hill. An exotic buttercup from Europe Ranunculus muricatus, now so abundant in swampy places about the Presidio and the Marine Hospital, I first observed about 1860. Acaena trifida (=A. pinnatifida var. californica; var. pinnatifida restricted to South America), a Chilean species of a very limited range in California, was apparently as abundant on the grassy summits of hills when I first reached the State as it is now. Berberis pinnata (barberry) and Ribes menziesii (canyon gooseberry) were abundant in the hills beyond the Mission, the latter, the prickly-fruited gooseberry, found also in many other places near the heart of the city. Spiraea discolor (=S. douglasii) was found near North Beach and a single tree of the Negundo californicum (=Acer negundo var. californicum, box elder) on the hills near Polk Street. Sphacele calycina (=Lepechinia calycina, pitcher sage) grew on Second Street near Fremont; and near a resort called Sans Souci, somewhere about the site of the Protestant Orphan Asylum, there grew the tall form of Arctostaphylos tomentosa ssp. crustacea (manzanita) still found so abundantly on the slopes of Tamalpais. The prostrate species, Arctostaphylos pumila (=A. hookeri ssp. franciscana, Franciscan manzanita), once abundant still survives in a few localities, principally in Laurel Hill Cemetery, but will probably disappear shortly [it is now extinct in the wild]. Neither Rorippa nasturtium-aquaticum (water cress) nor the Lemna (duckweed), so often associated with it, were found in our streams when I first saw them. 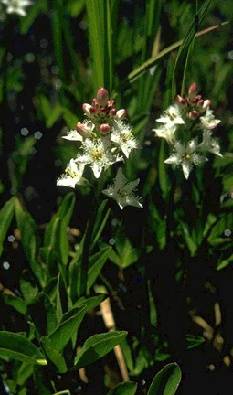 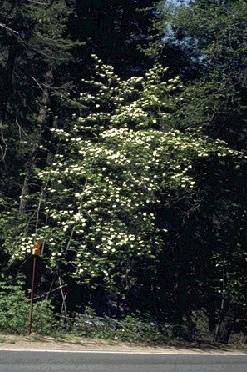 Next to the sudden disappearance of Azolla (=A. filiculoides, mosquito fern) which between the years 1851 and 1854 was almost entirely superseded by Cotula coronopifolia (brass buttons), my attention was attracted by an analogous spreading of a Lavatera (= L. assurgentiflora (island mallow, native to the Channel Islands and planted in San Francisco as a windbreak) which first came under my notice in September, 1850, in the garden of a Mr. Tittel. The locality was a little spot protected from the drifting sand of the dunes which at that time covered Kearny Street, between Pine and Bush, and the sight of its rosy blossoms and succulent leaves often refreshed my eyes wearied by dying chaparral and barren sand. Mr. Tittel told me that he had bought the seed from an Irishman, who kept what was then called a Halfway House at the Mission Dolores. I did not pay much attention to the matter as I was under the impression that the plant, which reminded me very much of Lavateras cultivated at the botanical gardens of the University of Wurzburg, was introduced. This impression was confirmed by the statement of the Mediterranean origin of the genus, in Endlichers Genera Plantarum which, with a few volumes of Linnaea, formed at that time my whole botanical library and probably all the accessible botanical literature of California as well.

The date of my first interview with Lavatera in San Francisco is fixed in my mind by the cholera epidemic that devastated the city in the last months of 1850. I observed the plant exactly two Sundays before the Sunday on which my first cholera case occurred.

The hard work and excitement incident to the epidemic, the great conflagrations and the Vigilance Committee materially interfered with my biological observations, but in regard to Lavatera I recollect distinctly that the little garden spot, near Kearny Street, remained the only locality in which the plant was seen, nor did I in my field excursions ever strike the garden in the Mission Dolores from which the plants in Mr. Tittels garden originated. No special search was made, however, for the reason above given.

In the year 1853 I left for a visit to Europe and returning in 1854 found the aspect of the surroundings materially changed in regard to vegetation; the inhabitants having to some extent given up their migratory habits had taken to embellishing their homes, and especially in the suburbs little garden spots with introduced ornamental plants had become numerous. The marshes and the luxuriant vegetation of their borders were nearly intact, but the impenetrable thickets of Ceanothus thyrsiflorus which originally covered the dry hills between the city and the Presidio had been much thinned out and the nearer one entirely destroyed. The ground thus laid bare had not been cultivated; most of it was rather poor soil, apparently intended by nature to grow houses rather than grain, and in the interim furnished a home for luxuriant masses of the Silybum marianum (milk-thistle) not a single specimen of which had been seen during my previous residence. The clear brooks covered with a mossy veil of Azolla had changed to muddy pools filled with Cotula coronopifolia (called by the children "brass buttons"), hiding a liquid of the color and consistency of cafe au lait. Lavatera was at this time generally employed as a hedge about gardens, but as I had witnessed the sudden invasion of South Australia by the Silybum and Cotula mentioned above I considered the spread of Lavatera an analogous circumstance and only wondered that I never found specimens away from the gardens.

My idea that the Lavatera, like Silybum, was of Mediterranean origin was changed in 1854 by the distinct statement of my lamented friend, Dr. Albert Kellogg. It is true that the botanical literature at his command was even more scanty than mine, but he had seen more of the country, and consequently knew more of its flora than I who by my professional duties was bound to an area not exceeding two days travel from San Francisco. As he was convinced that the plant occurred in a wild state he described it, and I have a lively recollection of protesting against the Latin of its specific name assurgentiflora, and also of informing him that the graceful curve of the pedicel which was the occasion of the name was not a peculiarity of the species. The discovery of three more species on the islands of the California coast would go to prove that a center must have existed from which the Californian species of Lavatera radiated.