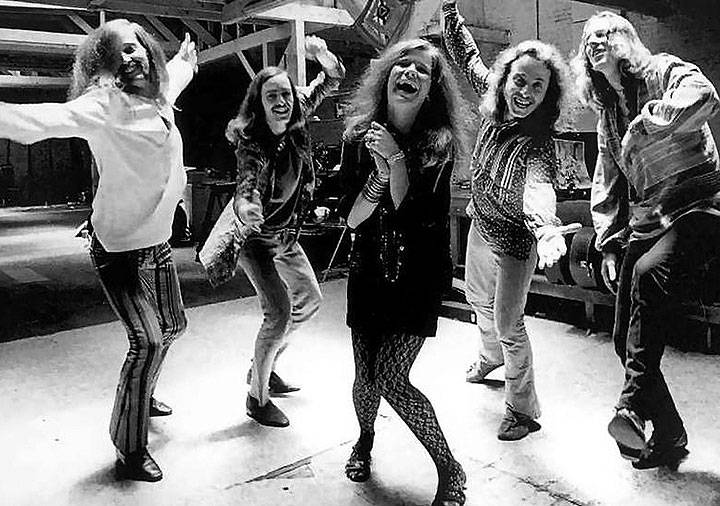 Image from At the Crossroads

Rhapsodic and cathartic, psychedelic music came roaring into existence in the mid-1960s. The style’s guitar-centric, anything-goes approach ushered in an era of extended solos, wild sound effects, ringing eardrums, and an unprecedented merging of influences – from American blues, jazz, folk, and rock to sounds culled from Africa, India, and other parts of the world. “Certainly drugs played a role – that’s way up front,” remembered Sam Andrew, co-guitarist in Big Brother and the Holding Company, one of San Francisco’s seminal psychedelic bands.*

In its earliest incarnation, Big Brother and the Holding Company performed as a four-piece, with Sam Andrew and James Gurley on electric guitars, Peter Albin on bass and acoustic guitar, and Dave Getz on drums. By 1966 this lineup had become the house band at San Francisco’s Avalon Ballroom, devoting most of its sets to long, exploratory instrumentals. During this period Andrew and Gurley immersed themselves in the recordings of John Coltrane, Miles Davis, Cecil Taylor, Ornette Coleman, Sun Ra, and Indian vina and sitar players. Gurley, often credited as the seminal psychedelic guitarist on the San Francisco scene, was especially impressed by Coltrane. “I thought if I could play a guitar like John Coltrane played the sax,” he explained, “it would really be far out. So that’s what I was trying to do. Of course, nobody understood it, especially me!”

Concert promoter Chet Helms suggested that they expand their lineup and recommended Janis Joplin, whom he’d seen singing traditional blues and folk songs in Texas coffeehouses. The 23-year-old completely transformed her style soon after joining Big Brother. “The moment Janis heard the volume increase, she had it,” Andrew remembered. “It was like she switched a channel that brought out the power. And the music was louder by a quantum leap than what went before. It made everything different. It took away all the rules. And the velocity was something too – it would just shift into overdrive.”

James Gurley shared this viewpoint: “As much as Janis made us as a band, we made her as a singer. She had to sing the way that she did in order to sing with us. We didn’t say, ‘You have to sing like this,’ but we said, ‘This is the way we’re gonna play. How are you gonna sing?’ And she went, ‘Whoa! Okay. Here’s this. [Imitates Janis] Whaaaa!’ It went on from there. She had a lot of power.”

Weeks after Janis joined, Big Brother rushed into a studio to record their eponymous debut album for the short-lived Mainstream label, to little acclaim. Soon thereafter, though, their mind-blowing performance at the 1967 Monterey Pop Festival brought them worldwide attention. A Columbia Records mega-deal led to the band’s landmark Cheap Thrills album, recorded between March and May 1968. Dubbed-in audience noise gave listeners the impression that the whole album was a live recording, but only “Ball and Chain” was recorded onstage. The other six tracks were taped in studios in New York and Los Angeles. Robert Crumb, the preeminent underground comic book artist, created the hippie-influenced cover artwork. 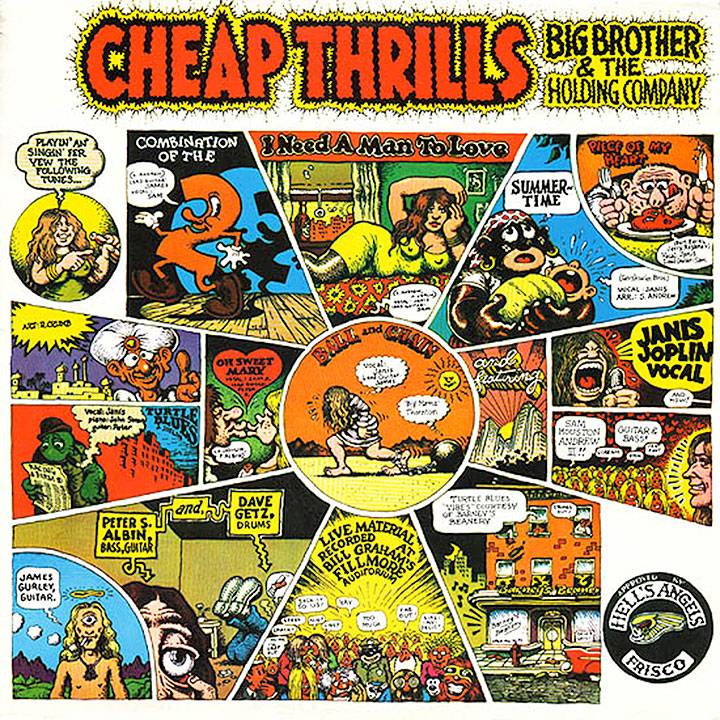 Less than thirty seconds into the opening track, the Sam Andrew-fronted “Combination of the Two,” James Gurley’s soaring, fuzzed-out solo established the band’s psychedelic credentials. Janis took over as lead vocalist for the second track, “I Need a Man to Love,” which she co-wrote with Andrew. Next came a radical reworking of George Gershwin’s “Summertime,” the guitarists framing Janis’ emotion-wrenching vocals with innovative, intertwining lines and distorting solos. The band wrapped up the first side with “Piece of My Heart.” The band’s highest-charting single, it climbed to #12 in the national charts and endures as one of the psychedelic era’s defining singles.

Side two began with “Turtle Blues,” Joplin’s tribute to Bessie Smith and other classic pre-war blues singers. Peter Albin played the acoustic guitar on the track, conjuring the spirit of venerable bluesmen such as Big Bill Broonzy, while producer John Simon manned the piano. Reminiscent of the band’s early shows at the Avalon, “Oh, Sweet Mary” journeyed deep into psychedelic territory, with its raving guitar parts and Sam and Janis sharing vocals. Cheap Thrills’ final track, a reworking of Big Mama Thornton’s “Ball and Chain,” served as a launch pad for some of Gurley’s wildest guitar playing and Joplin’s most emotional singing. In just 37:16, Big Brother and the Holding Company delivered its finest album.

Tumultuous events surrounded the album’s release on August 12, 1968. The country was still reeling from the recent assassinations of Martin Luther King, Jr., and Robert Kennedy. Nightly news reports featured scenes of combat in Vietnam and protests at home. Earlier that month Richard Nixon had accepted the Republican Party’s presidential nomination. Two weeks after the album’s release, violence erupted at the Democratic National Convention as Chicago police turned on protesters. To many listeners, Cheap Thrills seemed to sonically encapsulate the fractured spirit of the time.

Janis Joplin’s voice was rightfully hailed as a force of nature, but many critics decried the album’s guitar playing as woefully out-of-tune. “The critics were right, in terms of their expectations,” Gurley remembered. “They expected entertainers who are supposed to try to be slick and commercial and try to please them with stuff that they already know about. We were coming from a point of view of ‘Here’s something you ain’t never heard before. Try this.’ The music opened the door to new sounds and fresh, creative ways of going about it – sounds that just were never heard before.”

Fans snapped up copies. By October 12th, Cheap Thrills had replaced The Doors’ Waiting for the Sun in the #1 position on the Billboard album chart. It remained at the top of the charts until November 16th, when Jimi Hendrix’s masterwork, Electric Ladyland, became #1. Two weeks later, though, Cheap Thrills was back atop the charts. In all, it spent eight weeks at #1, and by year’s end had sold nearly a million copies.

Big Brother’s ride to the top of the charts would be short-lived. With the album still in the charts, Janis Joplin announced her decision to go solo. Sam Andrew agreed to join her new band. “Success probably spoiled the relationship – I’m sure of it,” Gurley said of the split. “It went totally to our heads. We became irresponsible in our personal conduct, shall we say. In other words, we drank too much, we used way too many drugs. You know, out too late, partying too much. But it was a blast at the time.” With appearances on TV talk shows and heavy press coverage, Joplin attained rock stardom on a par with Jimi Hendrix and Jim Morrison. She passed away from an accidental overdose on October 4, 1970.

With a shifting lineup, Big Brother and the Holding Company recorded Be a Brother and How Hard It Is before disbanding in 1972. The group reunited many times during the ensuing decades, often with the original four members. Visionary guitarist James Gurley did not make it out of his own sixties, dying of a heart attack on December 20, 2009, just two days shy of his seventieth birthday. Sam Andrew, who in later years found success as a music journalist, painter, and sculptor, passed away on February 12, 2015. At the time of this writing, Peter Albin and Dave Getz still tour as Big Brother and the Holding Company.

A masterpiece of 1960s psychedelia, Cheap Thrills remains fresh and vital to this day. 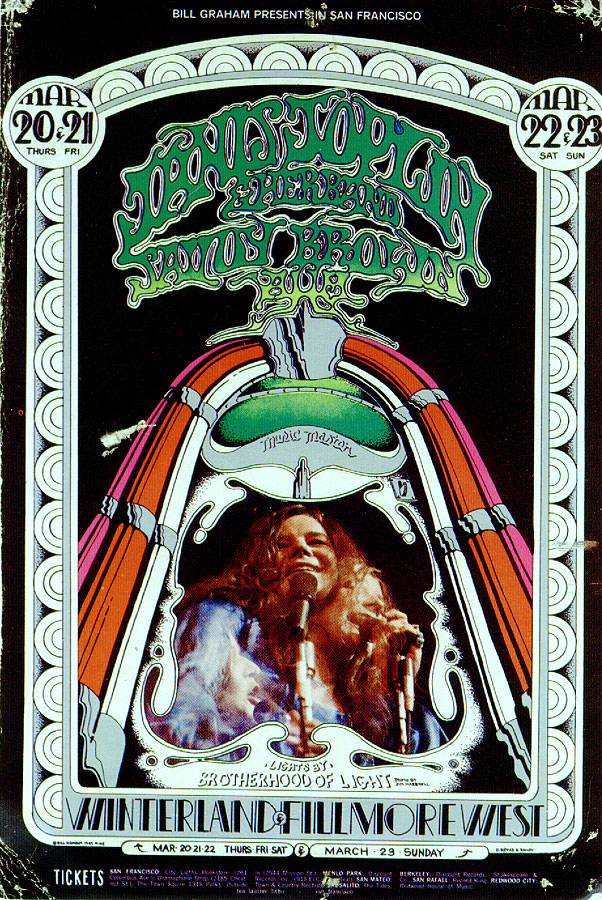 *The James Gurley and Sam Andrew quotes are all from their October 1, 1978, interviews with Jas Obrecht.