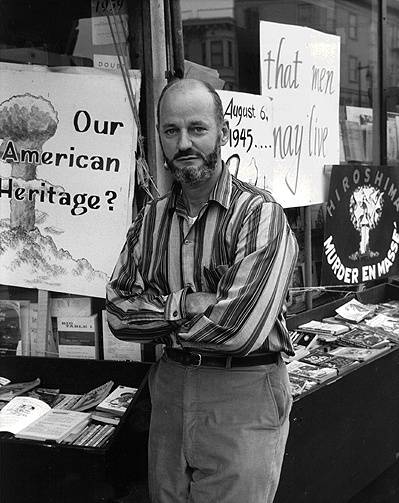 City Lights Books co-founder Lawrence Ferlinghetti in front of the store around 1955.

The ubiquitous Herb Caen of the San Francisco Chronicle seems to have coined the term 'Beatnik' in 1957 when n The Road was on the top of the bestsellers list and the Soviet Union had just launched Sputnik into space. Caen wrote that the pseudo-Bohemian North Beach followers of the Beat Writers were as far out as the Russian rocket. Beat plus nik equals Beatnik. Get it?

Some San Franciscans weren't so willing to accept this new phenomenon into their city. In May, 1959, Chronicle critic Donavan McClure reviewed a Monster Poetry Reading that included performances by Allen Ginsberg and James Broughton. In his article, "Beat Poets Appear En Masse--A Mess: (SF Chron. 5/24/59), McClure wrote incredulously about the audience of longhairs (mostly uncombed) that had come out to Garibaldi Hall to see and cheer on their literary heroes. "The poems," he wrote, "were smartly wild and uninhibited before an audience that could be shocked only by the appearance of a hair oil bottle."

McClure's view of the Beatniks was one that was probably shared by many traditional San Franciscans. Little did they anticipate the changes that were about to take place in their city throughout the following decade. The Beatniks paved the way for the libertine lifestyles and radical politics that would help define San Francisco in the 1960s and beyond. 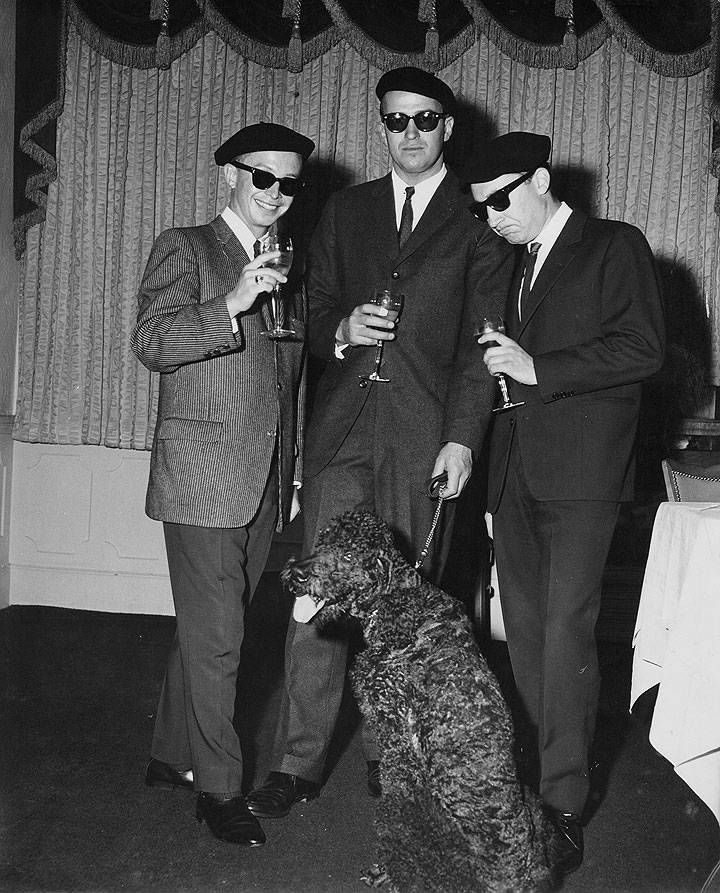 Three "beatniks" and a dog.