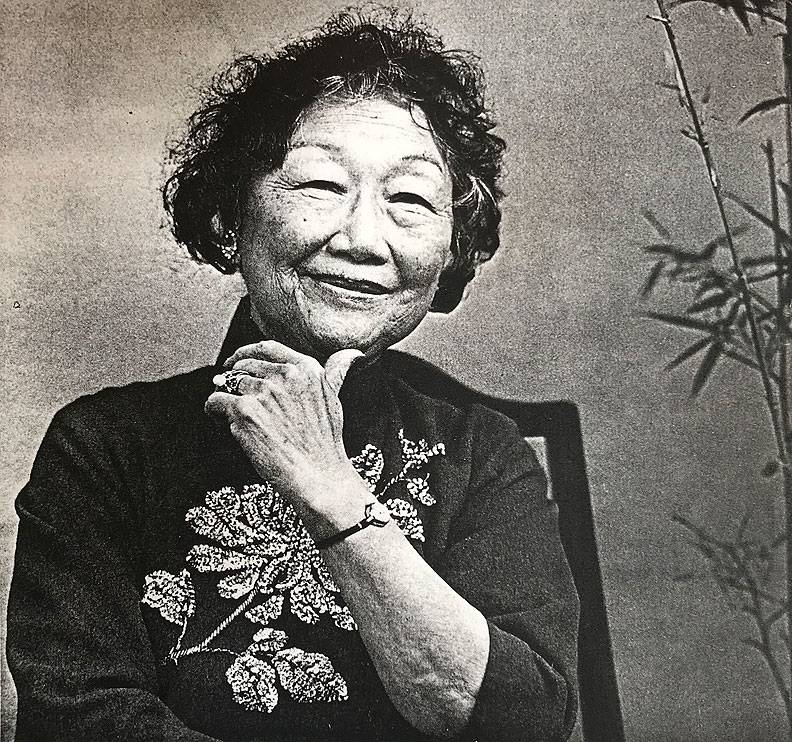 San Francisco’s first Asian-American schoolteacher hailed from humble beginnings. Her name was Alice Fong Yu; born on March 2, 1905, she grew up in Nevada County, California to a family of third-generation immigrants. At the time, anti-Chinese racism was institutionalized in a series of legislation that had been passed since the 1870s. The San Francisco Cubic Air Ordinance Act criminalized poverty and targeted residents of Chinatown who lived in units with less than 500 cubic feet of space per person. (1) The Chinese Exclusion Act, passed in 1882 suspending Chinese immigration, was renewed in 1892 for another 10 years, and finally made permanent in 1902. The consequences of this piece of legislation had considerable ramifications among California’s Asian-American population – many were forced to choose between staying in the United States and moving back to China with family (2). During Yu’s lifetime, these xenophobic sentiments would shift away from the Chinese and towards other ethnic groups, but would have lasting impacts on her and other Chinese Americans.

Alice Fong Yu was a child with remarkable resilience and strong family values. Her father owned the Omega Mine in Nevada County, and there were only two Chinese families living in the town. She recalled in an interview with Katie Choy from the East/West newspaper, “I remember riding mule pack trains up there [to the mine]. We had so much fun. We’d grab limbs (of trees), hanging up—the mule would run away, and we’d be dangling. We’d pick fruits and mine gold.” She learned the values of hard work from her parents; her father came over from China when he was young, and her mother was a village teacher. The family was poor, and she remembers going “to the slaughterhouse to get the tripe they throw to cats. Napkins were used three times—the first time for the hands, the second for wiping the stove, and the third to wipe the floor.” In 1916, the family moved to Vallejo because of scarce food, and started a Chinese grocery store, where “all the cousins who lost work or had none would be.” (3)

Despite her family struggling to make ends meet, Yu persevered in the classroom, where she was a top student in a one-room elementary school comprised of grades one to eight. Her classmates were quite rude to her, however. According to her memoirs, she recollects: “The children weren't nice to us at all. They yelled these obscenities to us each time we would be approaching the school: 'Ching Chong Chinaman sitting on a rail,' and ‘oh, funny sounds, eeyauyauyau-yauyau!' — things like that…They would walk across the street when they saw me coming.”

While going to school, Yu balanced many family responsibilities, having to take care of her six sisters and five brothers in addition to parents and grandparents. It was during these years, Yu explained, that she learned the importance of independence. According to Choy, “at 12, [Yu] cleaned house, cooked, washed dishes, and changed diapers, every night after school from 4 to 8 p.m. for five dollars a week. On Saturdays she would work half a day.” (4)

After being the first of her siblings to graduate high school in 1923, Yu attended the San Francisco State Teachers College. Although public schools in San Francisco did not typically hire Chinese teachers, Yu made it a personal goal to become one. The principal of the college, Frederick Burke, protested Yu’s entrance, but Yu lied and told him that she intended to go to China to teach English. According to her son, Alon Yu, “[Burke] reluctantly admitted her.” (5) Moreover, in the process of locating a teaching job after graduating, Yu stated, “the school district tried to make it hard for me.” The district asked her questions such as: “How do you dream?” The board also hoped to trick her into talking Chinese, as they were afraid, in Yu’s words, that, “[she] might talk Chinese to them and expose them to Chinese thought.”

Despite the initial reluctance of the board, Yu was hired as San Francisco’s first Chinese public schoolteacher in 1926, and was sent to Commodore Stockton Elementary School, where there was a high demand for her services. Her teaching philosophy can be quoted from a 1926 San Francisco Examiner article, the year she started her job: “The Chinese boy or girl who wants to make a good American citizen cannot be one unless he retains the fineness and restraint of his own race. I am going to try to make this plain to all the girls and boys I teach.” Towards this end, in her 34 years of teaching at Commodore, Yu related in a separate interview with SF Gate that she “sought to show her students how to manage a dual culture, [not only appreciating] their ancient Chinese culture but also learning how to be modern and progressive.”

Yu quickly realized her role would expand to much more than that of simply a teacher. At Commodore, she was the only Chinese counselor, administrator, and nurse, and had to act as a clerk, writing and translating Chinese. When a child was injured, it was Yu’s responsibility to take care of the child, be with the child in the ambulance, and contact the parents, who spoke very little English. Most of the children also spoke Chinese, so she took up the role of enforcing discipline in the classroom and communication with their parents. Despite all of her responsibilities, and working past beyond regular classroom hours, she was only paid the salary of a teacher. As she stated in an interview transcript with the China Digest, “In those days, they didn’t have anyone, so I had to do everything for the principal. The children nowadays often say, ‘Weren’t you the principal, or the vice principal? We always see you in the office.’ I say, ‘Yes, I was in the office doing everybody’s work, but I just get my own pay, that’s all.’” According to Choy, the position of principal was only offered to Yu in the 1950s, which is when she had to leave her position to take care of her child and sick husband.

In 1938 Yu had married Chinese newspaper editor and businessman Jon Yong Chang Yu. She gave birth to two sons, Alon and Joal. The latter was born with cerebral palsy. Joal’s birth motivated her to go back to school at the age of 57, and she received credentials in special education and speech therapy from UC Berkeley. She enjoyed her new career working with children, young people who had trouble getting their tongues and lips to move into the right groove. In one of her diary entries, Yu related that her work “brought a lot of laughter with it, and love.” Despite having thousands of students, Yu also made the effort to remember them all by name, addressing them as such in her diary entries. She also decided to team students with similar speech disabilities and teach them together, which she realized made the children “more comfortable—not singled out, not awful... just kids with something they need to learn, can learn.” (6)

Outside of the classroom, Yu was actively involved in her community. Quoted in a September 1974 East/West issue, Yu related, “We have to make things better, not go backwards. To know the present and where a person is going in the future, one has to have a sense of the past, to better understand oneself.” These thoughts served as the foundation of her historical service work. On June 15, 1924, Yu was the founding president of the Square and Circle Club. The club raised money for the Chung Mei Home (boys’ orphanage in San Francisco) and traveled to the smaller Chinatowns. “For the first San Francisco dental convention, we were asked to run our first fashion show on Waverly Place,” she said. The Square and Circle, which is still active today, also served the Chinese community through sewing circles, by producing musicals, and by fundraising. At the San Francisco’s 17th Annual Awards in March 1976, Yu was awarded the Phoebe Apperson Heart Medallion as one of San Francisco’s Distinguished Ten for her broad spectrum of contribution and accomplishment, as well as courage for pursuing her dreams in a fairly hostile environment. (7)

Yu also served as the President of the Chinese Historical Society in 1974. In her year as president, she was in communication with a variety of organizations to promote Chinese culture, language, and history. In a letter to the California Department of Parks and Recreation, Yu submitted a Point of Historical Interest registration request for the Old Cemetery in Oroville, a request that was denied. (8) Another letter addressed to her thanked her “for coming to KNBR to discuss the role of Chinese in the United States.” (9) She also coordinated educational trips to China, including one in February 1974, in which more than two hundred students and instructors of the Defense Language Institution (Chinese-Mandarin Department) took a field trip to Chinatown in San Francisco to celebrate the Chinese New Year. In response, Yu wrote, “We hope your trip to Chinatown will be enjoyable as well as enlightening and informative to your group.” (10)

Alice Fong Yu’s life work has not disappeared with the passage of time. It carries on in the form of the country’s first Chinese-immersion program, which was named in her honor as the Alice Fong Yu School. Yu passed away on December 26, 2000 at the age of 95, and was survived by two sons and two grandchildren.