Difference between revisions of "Abalone Alliance Sued for $1 Million"

A few days after the Abalone Alliance began its blockade of the Diablo Canyon nuclear power plant in September, it was hit with a lawsuit—for a cool million dollars. The resulting legal battle is now heating up in San Luis Obispo Superior Court.

In addition to the Abalone Alliance, the suit also names as defendants the Alliance for Survival, Greenpeace, Mothers for Peace, and several other groups and individuals. It was filed by the Pacific Legal Foundation (PLF), a non-profit law firm heavily connected to California corporate interests, which is suing the Abalone on behalf of groups including the California Association of Utility Shareholders, the San Luis Obispo Countywide Coalition for Less Government, and Santa Barbarans for a Rational Energy Policy. Members of these groups, the suit claims, have been injured by the blockade's obstruction of PG&E's business and by the costs to taxpayers of arresting the blockaders. 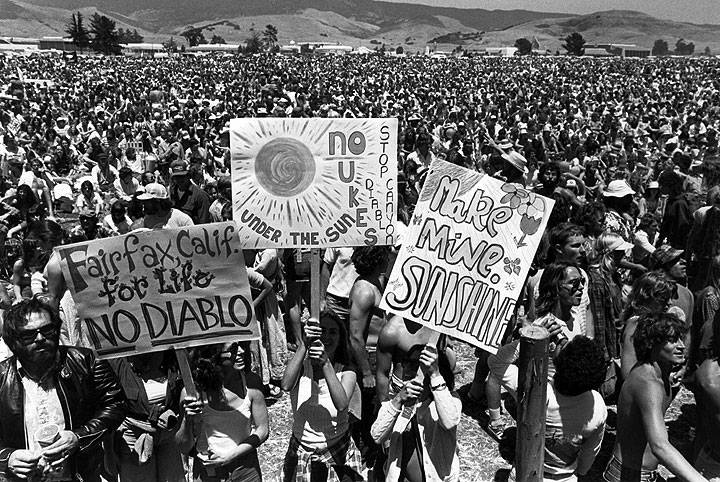 It is hardly clear, however, that making these claims gives PLF the legal right to sue, and the issue will be argued by PLF and Abalone lawyers on February 8 in San Luis Obispo Superior Court. If PLF wins this round, it may be able to get a court order forcing the Abalone to turn over detailed information on how the blockade was organized. PLF says that it needs Abalone membership lists and financial statements to find out who the organizers of the blockade were. It then intends to name those people in the suit.

The organization is also seeking a permanent injunction against future blockades of Diablo because, it says, “the Alliance's highly organized structure is dedicated, by its own repeated admissions, to actually preventing Diablo Canyon's operation...Rapid mobilization of a new attack is both possible and probable...Certainly a series of ploys could be orchestrated which would throw plaintiffs off balance and necessitate plaintiffs obtaining one restraining order after another.” In other words, PLF's farfetched argument is that the Abalone would set up a series of fake blockades just to keep them tied up in court trying to get restraining orders.

Despite the comedy of some of the PLF's arguments, the suit is costing the Abalone both time and money – an effect no doubt intended by those who brought it. The Abalone's lawyers are volunteers, but other legal costs may add up to as much as $20,000. As Raye Fleming of the Diablo Project Office points out, “This is not a case we took on. We're being forced to defend ourselves.”

Although the PLF may be a new irritant to Diablo opponents, it is typical of the conservative “public interest” law firms that have sprouted around the country over the past few years. The Pacific Legal Foundation, like the Mountain States Legal Foundation from which US Interior Secretary James Watt came, is actually a right-wing, business-supported advocate for corporate interests. 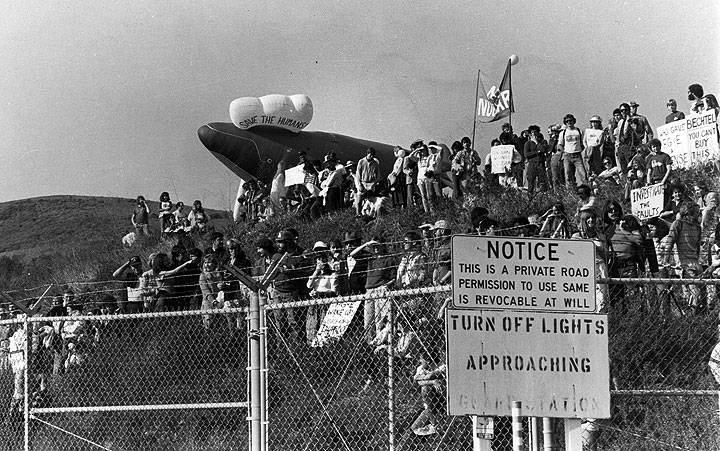 The Pacific Legal Foundation sees its proper role as fighting for the “free enterprise system,” private property rights, and what it calls “balanced” environmental policies. According to a November 20, 1977 article in the San Diego Union, the Foundation aspires to be the first in a new line of “anti-Nader Raiders,” defending the “other side” against the onslaught from below.

PLF boasts an impressive track record defending the nuclear industry. In 1981 it temporarily succeeded in overturning the California Nuclear Safeguard Laws, though they have since been upheld on appeal. In a 1977 case known as Seacost Antipollution League v. Costle, PLF supported the construction of the Seabrook nuclear power plant. It participated as a “friend of the court” in the 1978 Supreme Court ruling that upheld the constitutionality of the notorious Price-Anderson Act, which limits the liability of the nuclear industry in case of a disaster.

More recently PLF has taken the offensive against nuclear protesters. In September 1980 it went to court with the Long Island Lighting Company and successfully argued for a restraining order against blockaders of the Shoreham nuclear power plant in New York. PLF also takes credit for preventing the blockade of the Trident submarine base in Bangor, Washington.

PLF's board of trustees carefully targets its legal guns on cases that will set far-reaching precedents. IN PLF's 1977 annual report, its president Ronald Zumbrun explained succinctly that “every case is a test case.”

PLF's success rate is about 80%. In 1981 it participated in more than 100 cases nationwide, either initiating them, joining in as a “friend of the court,” or intervening in ongoing legal action.

A number of these cases have involved key Supreme Court decisions. As a “friend of the court,” PLF supported Allen Bakke in his “reverse discrimination” suit. It was a party to the Barlow v. Usery case in which the Supreme Court ruled that inspection provisions of the Occupational Safety and Health Act violated the search and seizure protections of the Fourth Amendment.

In return for these services, PLF is generously funded by tax-deductible contributions from businesses and conservative foundations. From a start-up budget of $240,000 in 1973, PLF has grown to an operation with a budget of $2.5 million for fiscal year 1981-82. Its staff totals 45 people, including 18 full-time attorneys. It has two litigation offices, in Sacramento and Washington, D.C.; two “liaison” offices, in Seattle and Anchorage; and a research center in Los Angeles.

According to a PLF “Statement on Funding,” about 56% of its annual budget is donated either by “charitable” foundations like the William Hearst Foundation, William Volker Fund, and John M. Olin Foundation or by associations of farmers, construction companies, real estate interests, cattlemen, taxpayers, and labor. Another 31% is contributed by businesses like Southern Pacific, Safeco Corporation and San Diego Federal Savings and Loan. The rest comes from a variety of sources including individual donors.

PLF's 18-member board of trustees is made up primarily of top executives from large companies, including Southern Pacific, Santa Fe Railway, Safeco Corporation, Knudsen Corporation, and San Diego Federal Savings and Loan. One board member, John P. Adams, is president of a division of Borg-Warner Corporation, which makes pumps for nuclear reactors.

Before he went to Washington as Reagan's top advisor, Ed Meese was director of the board of advisors for the PLF's College of Public Interest Law. Another trustee, Wendy Borcherdt, resigned to become Assistant Director of Presidential Personnel for the Reagan White House.

Before helping to found PLF, President of the Board Zumbrun worked for the administration of then-Governor Reagan as author and chief advocate of Reagan's first program of cuts in social welfare. Recently he was tentatively chosen as chairman of Legal Services Corporation, the federal agency that distributes funding for legal aid to the poor. If Reagan has his way, Zumbrun will preside over its dismantling.