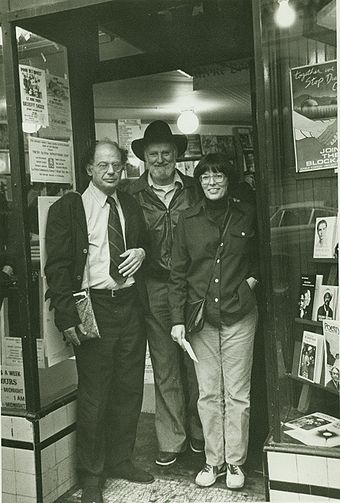 By 1975 the National Endowment for the Arts began to grant money to writers, presses, and reading series throughout the country. The question remains whether or not the influx of money has had a healthy or divisive effect on the local writing community. The money, for example, established and maintains the West Coast Print Center, a low-cost printing facility for small press printers. The Center opened in 1976. On the one hand, it completely altered the economy and occurrence of poetry books in the area. Soon there were five poetry books where previously there had been one. The poetry book, whether by letterpress or mimeograph, lost the importance of its occasion. There were just too many books. Stores did not want them ("Nobody buys them"). Even the most open reader could not keep up with the saturation (especially if books from the rest of funded small presses in the country were included). The structure and expense of getting a book published had been broken, for better or worse, and a flood had taken its place. One of the first consequences was that the area's poetry letterpresses either suffered severe economic changes or were taken totally out of business. Clifford Burke left for Washington. Holbrook Teter and Michael Myers eventually stopped book job typesetting and I printing. The other presses had to limit themselves to doing fine press work for well-endowed publishers or seek out grants to fund the making of their own titles. The art of printing, instead of poetry, often became the subject of the work. A lively, important, and powerful link between publishers, poets, and local printers had been broken. On the other hand, the Print Center could make the process cheaper and faster, and with the infusion of some of the local letterpress people, as well as outside criticism, the books typeset and printed there have improved greatly in the past five years.

It is the tension between these two traditions that impels much current writing. One direction moves toward defining what it is to be Western; it attempts to articulate what it is to be here in this ultimate refugee center. Is it East Asia, Northern Mexico, Indian territory, or a fringe extension of Western Europe and its various histories? ("This is the last place. There is nowhere else to go," as Lew Welch phrases it in "The Song Mt. Tamalpais Sings.") The unstable immediacy of our identity, I suspect, will always provoke a poetry immediately responsive to place. And the myth of the West, of loners and mavericks, of rebellious anarchists and pioneers, continues to make the work open to the radically political, ecological, social, and sexual. The poet remains a maker of movements. 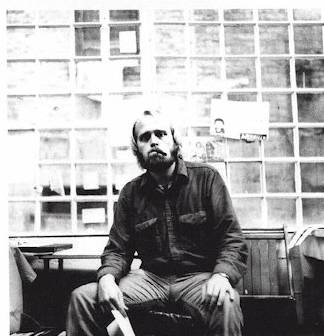 The other direction insists on examining, making use of, and revolutionizing the various formal inheritances of the globe. Its impulse is to create a language that rises above the local context in such a way that the poetry resonates with an independent force and significance. Its intentions are genuinely international without any particular responsibility to the day-to-day local. The work has been recently most manifest in the "language centered" writings of David Bromige, Lyn Hejinian, Ron Silliman, Bob Perleman, and Michael Palmer, among others. The primary loyalty of the writing is to the making of literature. Though quite diverse as writers, their obsessive attention to formal and aesthetic questions makes the group the most active descendant of the groups that surrounded Duncan and Spicer in the 1950s.

In the next several years, I expect the work that will speak to us with the most validity will be possessed by the double edge of both traditions: the secular local and the international formal. There will be a continued obsession with what it is to be Western, what it is to be alone in a totally fragmented history without a prescribed identity. The poetry will work to forge a character and community out of that huge loss. Simultaneously, in awareness of that loss, the work will actively explore and make use of international materials. The myth and excitement that surround the Western loner will be seen as painful limits. (Lew Welch, in a sense, is a personification of that pain and failure.) Emerging out of both traditions, the poetry will be built from multiple resources. The mix of secular commands and aesthetic materials, though a constant source of acrimony and division, will create a writing with a much richer and more powerful formal identity. The public reading and the local publisher will make it possible for the argument to continue to unfold. It will be in this process that the writing of the 1980s will actively engage the crisis of the local, as well as resonate with our larger historical and global occasion.