A Lap Around the Old Track

History runs deep in Ingleside Terraces, in the Southeast corner of town. Just outside the Terraces' stone gates, on Ocean Ave., was the world's first Gap store (1969), and San Francisco's first McDonald's ('72).

And even further back in the mists of time, long before the dawn of mass produced chinos & cheese- burgers, Ingleside was the hottest spot in San Francisco.

This was the site of the Ingleside Race Track, which billed itself as "The Most Perfect Winter Race, Track in America." It was here that the elite did meet to drink, eatand cheat to the sweet beat of, fleet, equine feet.

Amazingly, the track itself is still here, 105 years after Ingleside Race Track opened and 95 years after it shut down forever. Now the track is Urbano Drive, one block off Ocean Ave. You can walk the old oval, drive it, even gallop your horse around it, keeping in mind the residential speed limit, of course. The track is exactly one mile around. It's the only place in the city where you can drive/walk/jog forever on the same named street.

Urbano Drive itself is almost all that remains of the old racing emporium, the playground of the city's rich and famous and notorious. Wyatt Earp was a regular, a gambler, and a trainer. Infamous Chinatown gangster Little Pete fixed races here.

There was a huge covered grandstand that seated 4,000 and an opulent three-story clubhouse. The track had the first starting gate in America. The whole set-up, one historian wrote about the time it was built, "is a feat of engineering skill that has been compared to some of the greatest undertakings of their kind."

Back then this section of the city was trees and sand dunes, with a few paths, like Ocean Road, hacked through the woods.

A gambler named Ed Corrigan fell into an ugly feud with Thomas Williams, owner of the Bay View Race Track. Corrigan left Williams' track, gathered rich pals like H.A. Spreckels and Henry J. Crocker, and formed the Pacific Jockey Club. They bought 148 acres of sand and built themselves a dandy track of their own.

It opened on Thanksgiving of 1895, fans arriving by trolley and train. Programs were printed on gray silk, music was provided by Professor Gottlieb von der Mehder and his orchestra. Semper Lex won the feature race, the Palace Hotel Stakes.

Like any great track, Ingleside (apparently named after a track in New Jersey) lured the crème of society and the dregs. The most notorious regular was Little Pete (real name Fong Chin), whose mobsters shook down in various ways every citizen of Chinatown. 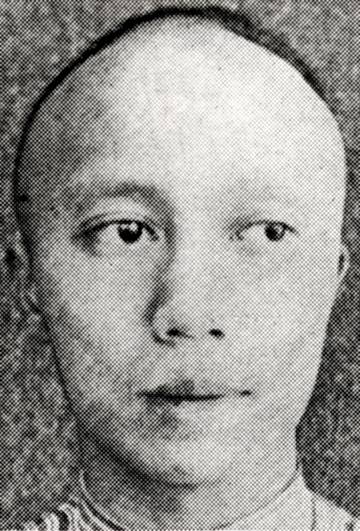 Little Pete was an ex-con who dressed like a million bucks and liked to bribe jockeys. He won $100,000 at Ingleside and Bay View before being busted in 1897, Shortly thereafter he was executed gangland-style while being barbered on Washington St.

A tiny remnant of the Ingleside glory days remains: The Jockey House on Byxbee St. The house was built by a jockey, to fit his stature. A normal-sized person has to duck through the front door of the large dollhouse. 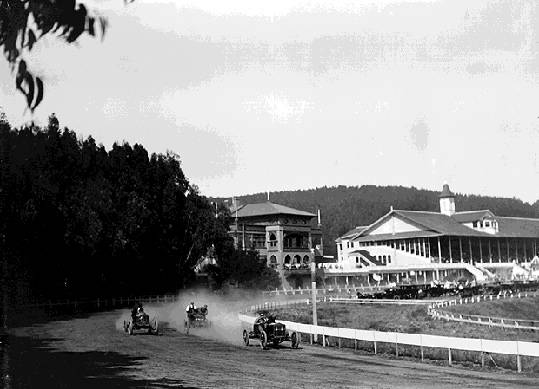 The track began to fade in popularity around the turn of the century in 1900 the state's first car race was held on the Ingleside track, a one-mile sprint won by a steam powered car in 82 seconds. The other seven cars either crashed or blew their engines.

Ingleside was sold in '05, just before the Great Quake & Fire. The facilities were loaned to the city to be used as a camp for 2,000 refugees, mostly immigrants, of the great catastrophe.

It was called the Ingleside Model Camp but was run more like a boot camp. Horse stalls became apartments, and in the dining hall, bad manners would get you banished to the "hog table." Most of the refugees were gone by '07, and the old track buildings became a temporary city and county hospital, mostly for the aged.

In 1912, the whole shebang except the clubhouse (razed in '30) was leveled by the Urban Realty Company, which paved paradise and put up a housing development called Ingleside Terraces.

The old track became Urbano Drive, and inside the old infield, tucked among the houses, was built a 28-foot tall stone sundial. It's still there, and was once considered the biggest sundial in the world.

This was a model development, the houses ranging from charming to grand. And as if adhering to the elegant standards of the race track, the homes in the Terraces are still beautiful and well-kept.

This is also one of the most integrated areas of the city, the site of many desegregation battles.

The first black family to move into the Ingleside Terraces was that of a young assistant DA, Cecil Poole. When a cross was burned on the Pooles' lawn one night, Cecil's 6-year-old daughter asked him what it meant. He told her softly, "Some Christian has lost his way."

It's quiet now along Urbano Drive, and peaceful. The old track is a favorite of joggers and walkers, though many of the residents aren't aware of the street's heritage.

You wonder what they think every evening about the time of the feature race, when, if you're quiet you can hear the hoofbeats of Semper Lex pounding down the homestretch.