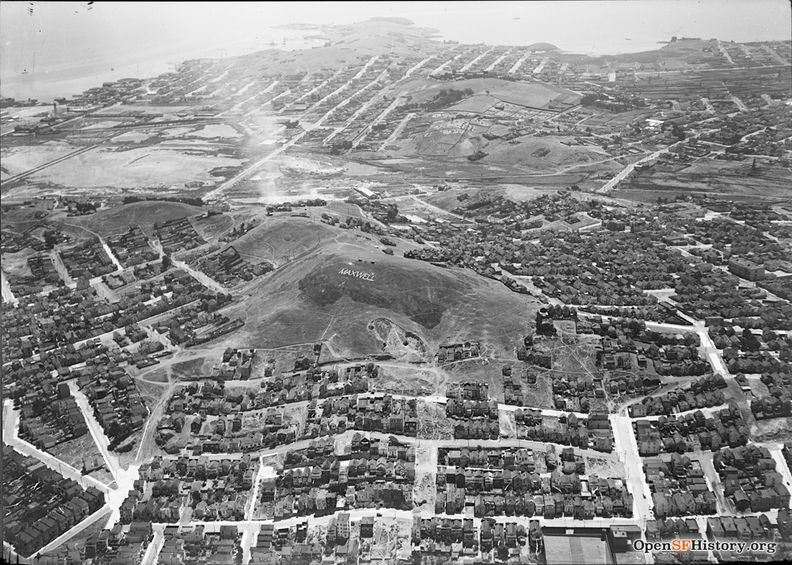 July 1923, aerial shots of a Maxwell Automobile marketing stunt, with their cars parked at the top of the hill.

The aerial view of the northwest slope of Bernal Heights shows a lot of open grassland and winding dirt roads. Numerous vacant lots await future development, and the streets farther uphill are not even graded yet.

The "Maxwell" on the mountaintop is an ad for a luxury automobile manufactured in the 1920s. Back in the Golden Age of Radio, it was Jack Benny's car, and its sound effects (voiced by Mel Blanc) were always good for a laugh. Shown on the hill above the sign are a couple of cars to complete the advert in this 1923 photo (incidentally, the same year the hills of Los Angeles were festooned with the famous "Hollywoodland" sign).

At the time of this photo, the north and south sides of the neighborhood were totally separate because the connecting boulevard had not been constructed around the top of the hill.

Folsom and Alabama are the two wide streets crossing the photo, and the wide unpaved road going up to the right is Ripley Street. On the left is Bernal Park (now named Precita Park) with its formal outline of Blackwood acacia trees. Next to the park is cleared land where the new LeConte Elementary School (now Leonard Flynn) will be constructed in 1924-1925.

On the southwest corner of Alabama and Norwich streets is the old LeConte school, standing there since 1912. In the middle of Folsom Street is Immaculate Conception Church, built that same year. The Maxwell has come and gone (as automobiles should) but these landmarks still endure. 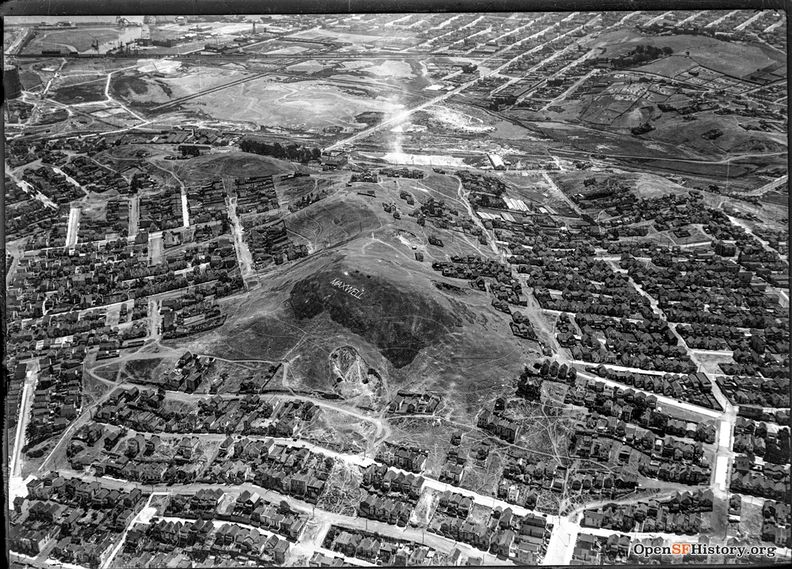 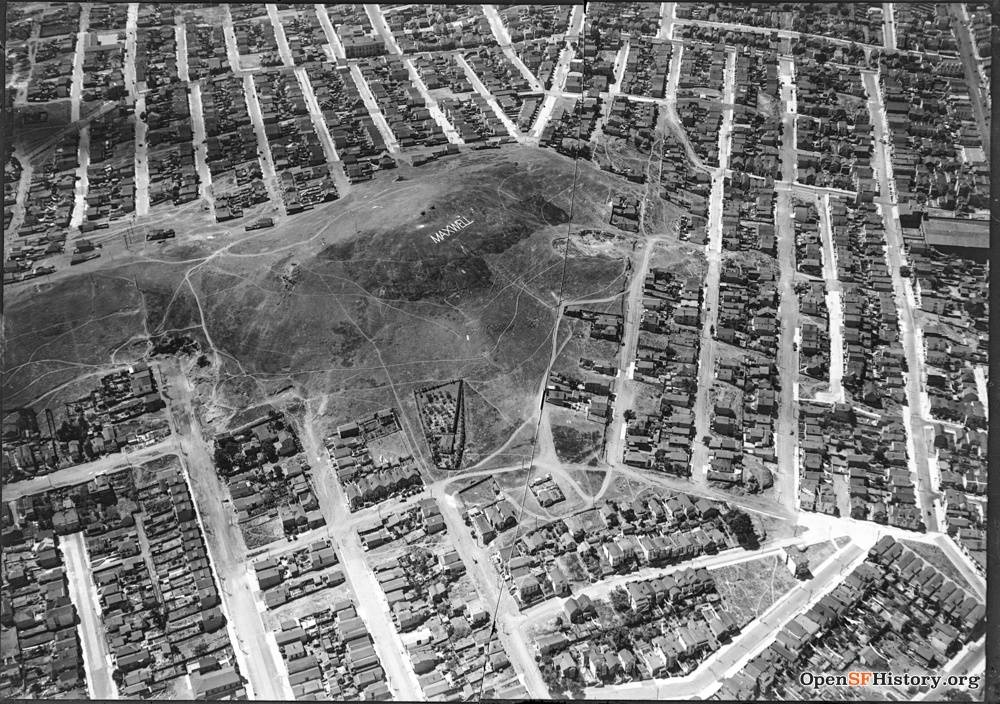 July 23, this is the southerly view, Folsom Street is at the left.