Building upon this collaboration at the Summit, a small group of passionate Bay Area organizers set out to create the Asian Pacific Environmental Network (APEN) in 1993. Over the next two decades, APEN would establish itself as one of the most respected and effective API-focused environmental justice organizations in the United States. APEN’s initial vision was to build a united network of grassroots organizations in API communities which focused on environmental justice issues within a larger multi-racial movement (Kong & Chiang, 2001, 3). According to founding member Francis Calpotura, APEN did not evolve in a traditional or “organic” sense. Instead of organizing in order to combat a specific problem, APEN started with theoretical frameworks and sought to find problems in the community that aligned to the organization’s ideology. They saw that base building was therefore a way for APEN to start “where people were at” in terms of engaging with people around the conditions of their daily lives. This approach led APEN to launch local organizing projects in Richmond and Oakland, California. 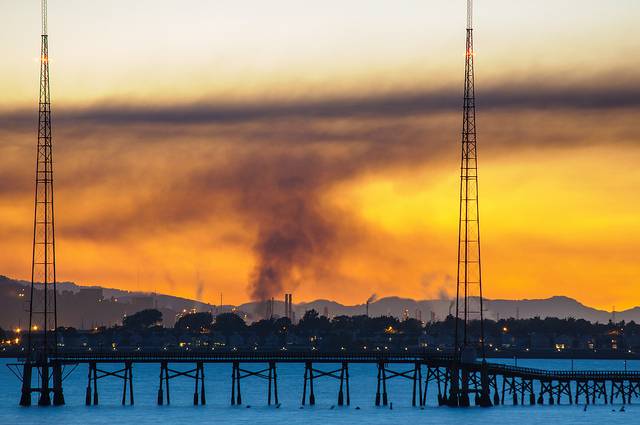 LOP’s first major success came in their grassroots campaign against the Chevron Oil Refinery explosion that occurred in Richmond in 1991. The chemical explosion was followed by two consecutive leaks, which directly impacted the environment and daily life of Richmond community members. Because they could not leave their homes due to the pollution, residents were prevented from attending school or work. This incident revealed Contra Costa County’s inadequate emergency response system and the daily health risks faced by residents living in this industrial zone. Many of the residents in the area were poorly informed of emergency safety procedures including the “shelter-in-place” information, and among those most impacted were limited English-speaking residents and children (LOP: 2005, 2). The Laotian Organizing Project launched a successful campaign targeting Contra Costa County’s Health Services and the Internal Operations Committee of Contra Costa County’s Board of Supervisors in order to set up a city-wide phone alert system that would provide immigrants information in the event of another catastrophic industrial accident in their native language (LOP: 2005, 2).