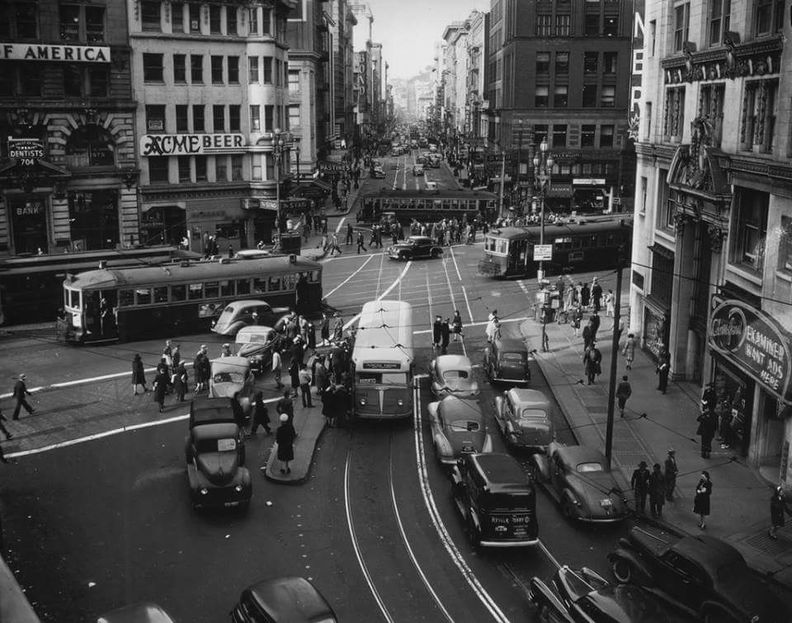 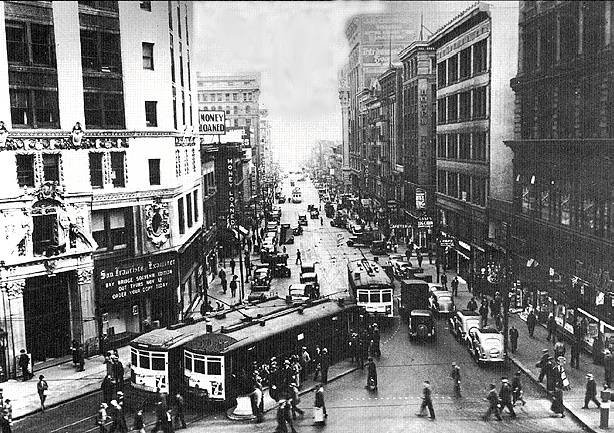 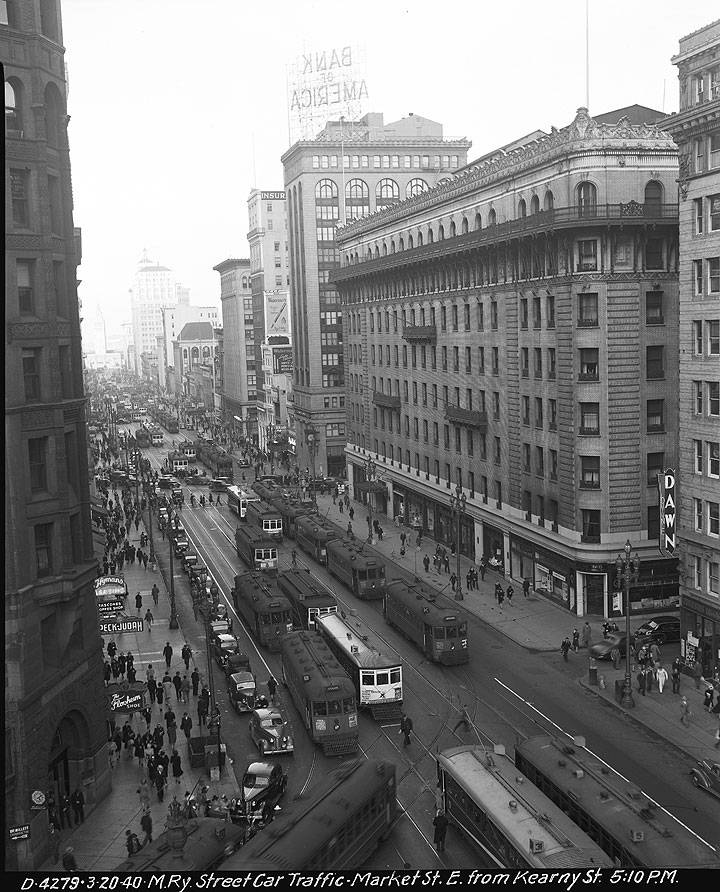 Streetcar traffic in 1940, the "Roar of the Four" era, seen here from Kearny/3rd looking east on Market.

It was still an age of public transportation. By 1913 all the pre-fire transit lines south of Market had been rebuilt, with electric power. They included routes that dated back to or beyond the early 1860s, along Howard, Folsom, and three of the numbered streets. The Mission Street route had commenced by 1871.

Two more parallel and several numbered streets acquired streetcar lines about 1890. The number of lines reflected the density of population south of Market in the nineteenth century and funneled workers and customers into the downtown from outlying residential areas, including San Mateo County via Southern Pacific steam trains. The redundant routes had been established by competing companies, but were gathered into United Railroads by 1902. This company rebuilt them all after 1906, and the company, renamed the Market Street Railway, maintained them until around 1940. Some of the routes still run today, now under municipal operation.60 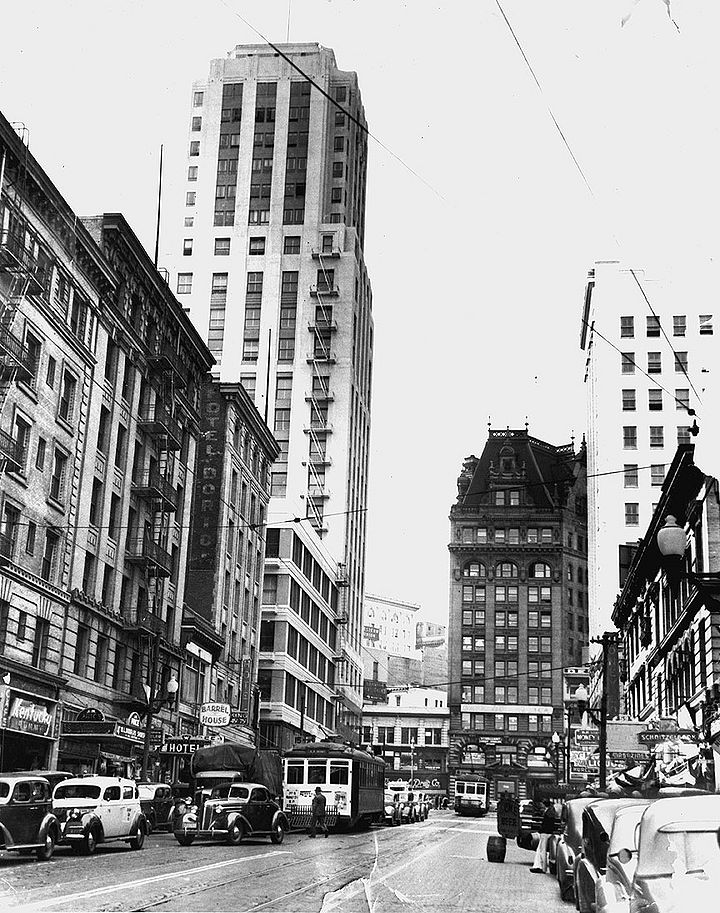