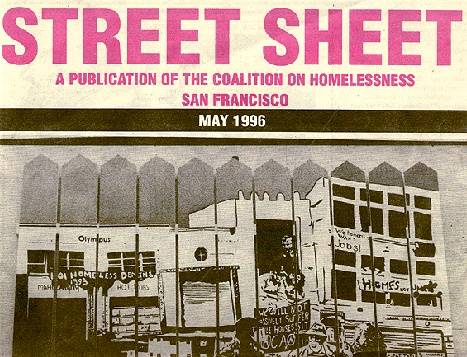 Come to a gathering of force to show Mayor Brown that we want an end police harassment of poor people! This event is scheduled for Wednesday, May 8, at noon, in front of City Hall, 401 Van Ness. For information call the Coalition, 346-9693.