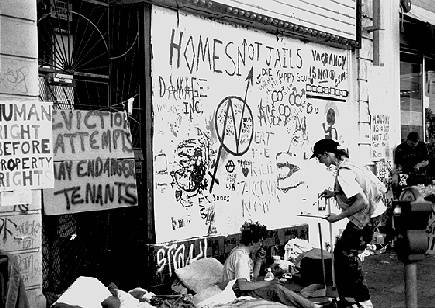 Proposition R's staggering defeat (in November 1979) changed the course of the San Francisco tenant movement. The election also revealed deep divisions among groups seemingly unified in their agenda for attacking the urban crisis. The broad, diverse San Franciscans for Affordable Housing (SFAH) coalition initially splintered during the Proposition R campaign over a slow-growth measure (Proposition O) on the same ballot. SFAH's supporters in the building trades and janitors' unions actively opposed the measure (their members built and cleaned office buildings) and diverted potential resources from Proposition R to the No on O effort. But SFAH's neighborhood activists and the San Francisco Bay Guardian strongly supported Proposition O, viewing "Manhattanization" as causing the housing crisis Proposition R was designed to address. The result: Organized labor left the San Francisco tenant movement after the election, and some unions, including the powerful building trades, came to actively oppose the tenant agenda.