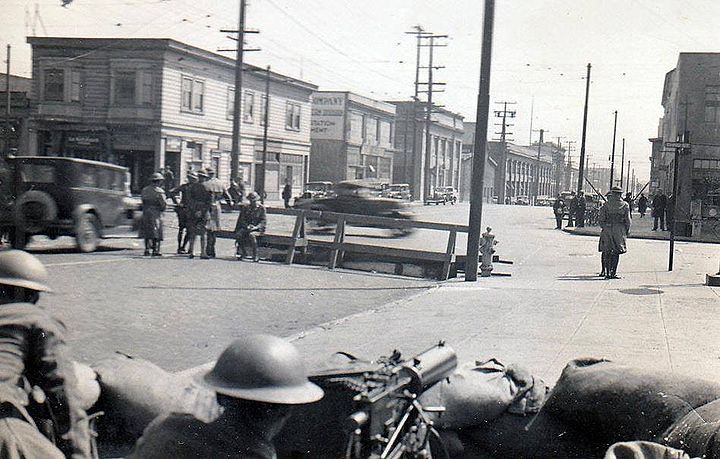 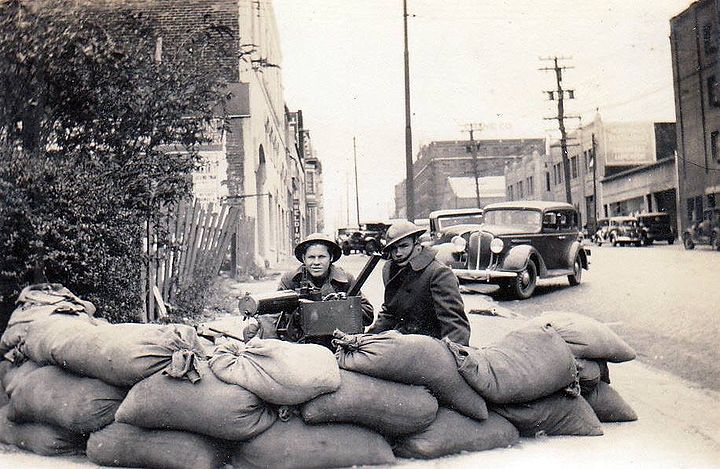 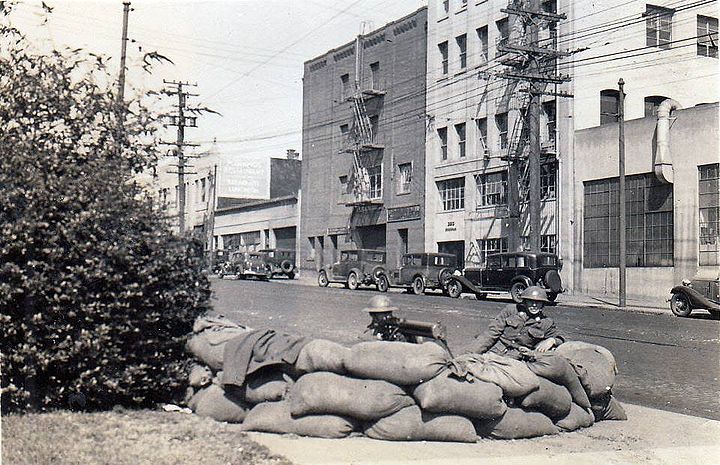 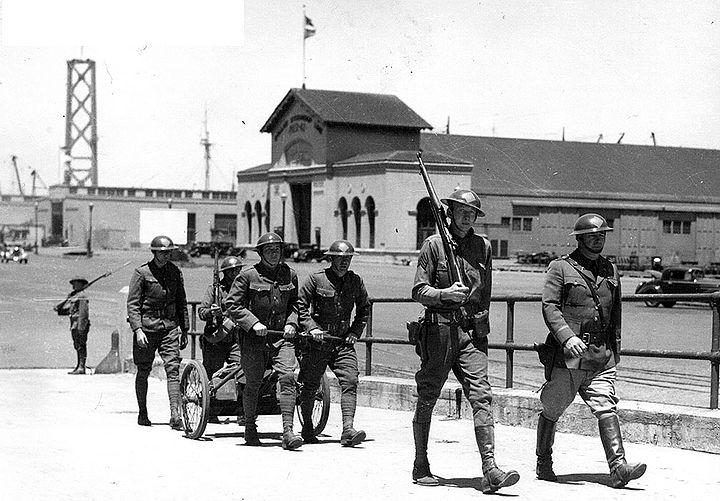 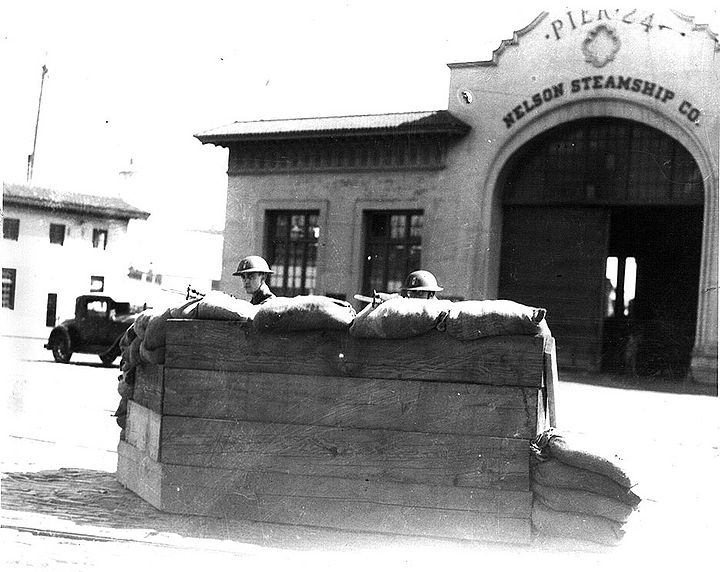 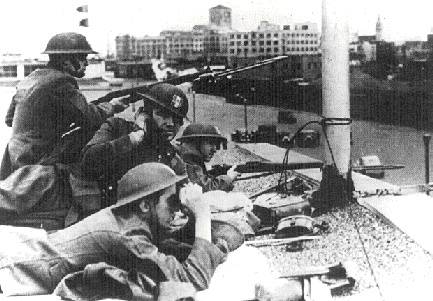 National Guard machine guns on the Embarcadero, defending the port from its workers. July 1934

1,700 National Guardsmen sent to the San Francisco waterfront, July 6, 1934 by Governor Merriam. They installed barbed wire and machine-gun nests along the Embarcadero and had orders to shoot to kill. 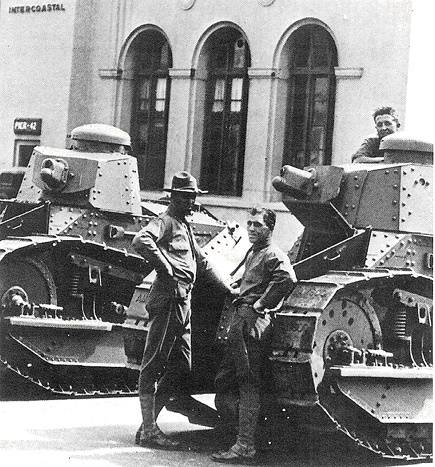 National Guard Tanks on waterfront in July of 1934