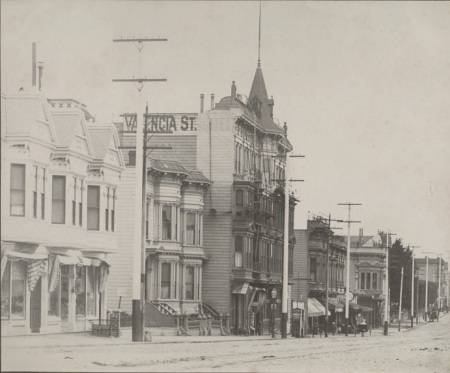 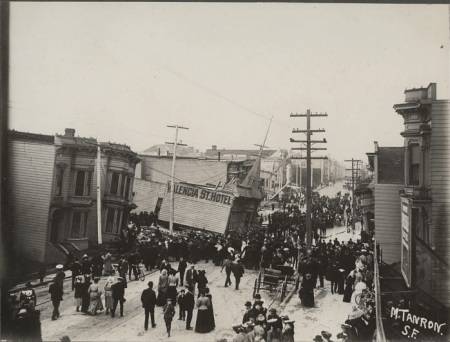 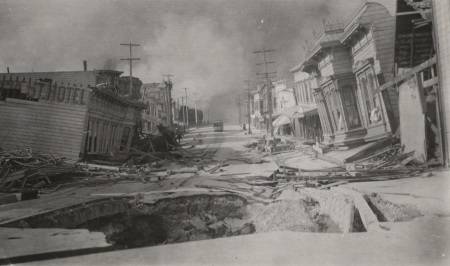 (All these years I thought these shots with the Valencia St Hotel on the left were looking south, but I was wrong — they are to the north. It certainly makes the above shot with the approaching fire make more sense.)

Another view of the sinkhole – you can see the water mains. 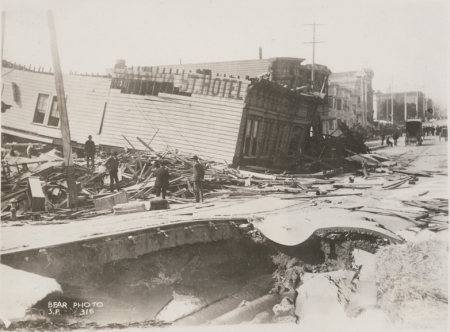 The steeple in the first two shots aren’t visible in the picture below, or in the sinkhole shot. There was a 5.0 aftershock at 2:25pm on the 18th. Did it come down in the aftershock or during the rescue attempts? 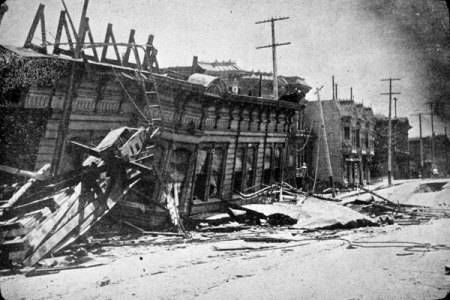 Soon after these pictures were taken, fire swept through the area. Those still trapped who didn’t drown, well… 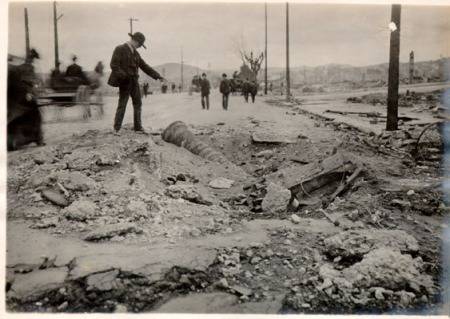 The “18th St Gulch” (for the lack of a better term — feel free to come up with a catchier name) was bigger than I realized. This sketch of the Mission from the 1850 looks NE from around 21st and Liberty and gives some indication of its depth. 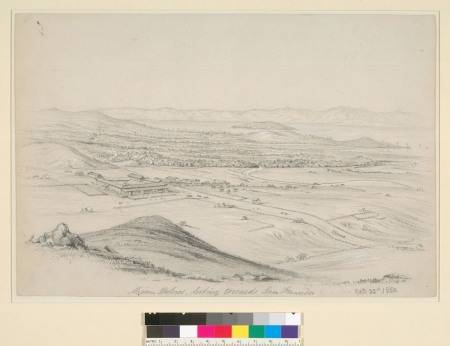 Zooming in on the bottom right, we see the gulch at what will be Dolores and 18th, with a stagecoach hurtling out of control (ok, probably not, as it’s not even the steepest part).

I traced the topology contour lines from the 1859 US Coast Survey Map and made quick and dirty overlays to show just how much was filled in before the 1906 quake. Each color gradient is a 20 foot change. 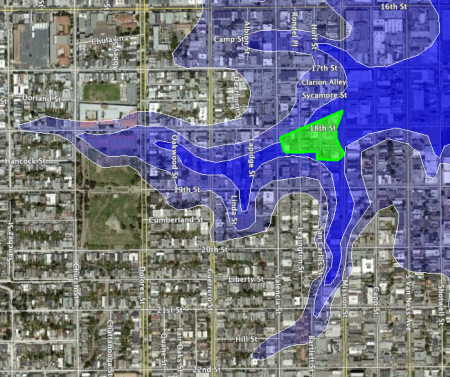 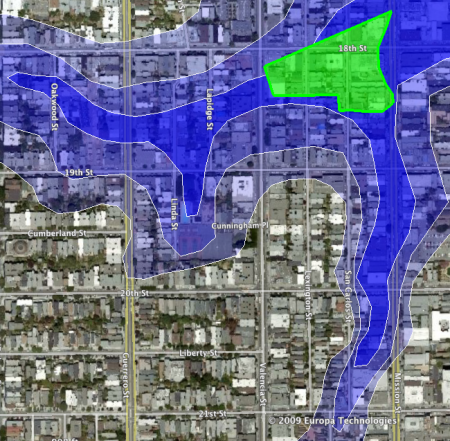 Note also the gulley along the west side of mission between 21st and 18th, as well as between Lapidge and Linda.

Here’s the overlay of the Valencia St Hotel on the gulch map. (Valencia on the right, Guerrero on the left). 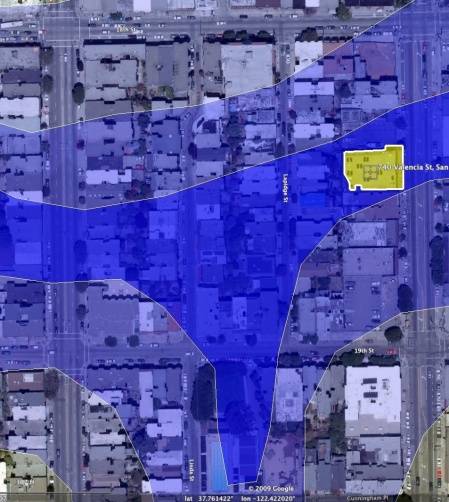 This litho of the Mission in 1860 looks west from around what is now Mariposa and Utah (via Calisphere): 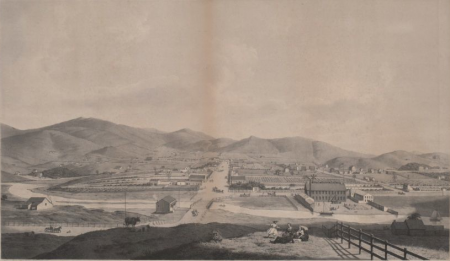 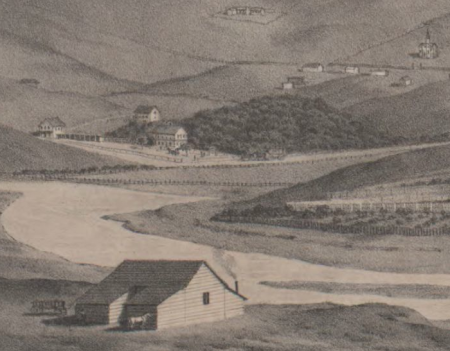 Here’s the 1859 US Coast Survey Map. The building on the bottom left of the map (and the top center of the lithograph) may be the Jewish Cemetery. If so, Dolores Park would be to the right on the lithograph. 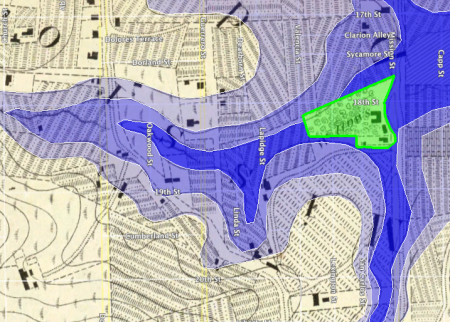 The background of this picture of the Willows in the 1864 taken from the Union Race Course (via SFPL) gives some indication of the slope.

I leave it as an exercise to the reader to determine where not to buy a house (or invest in a sound foundation). 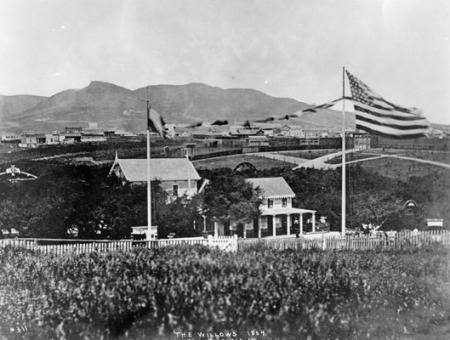