Originally published at mtdavidson.org, all images from same site. 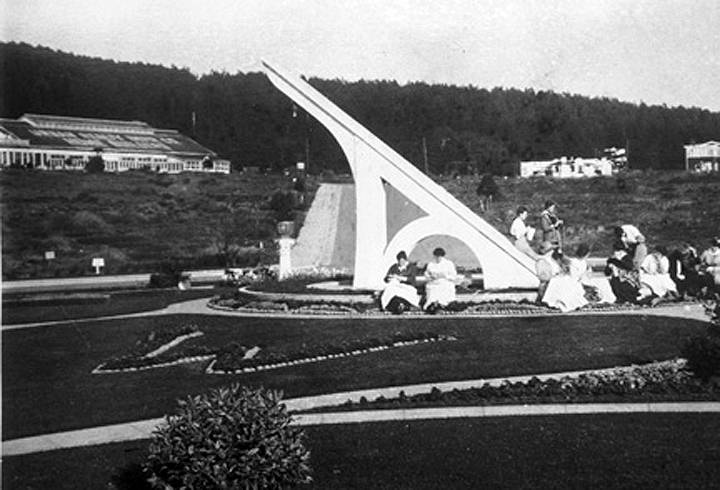 The power of women in deciding where to purchase a home was apparent in this sewing circle around the sundial advertising Ingleside Terraces. 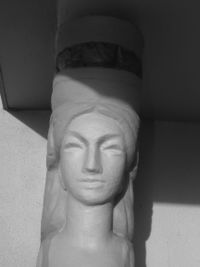 “Progressive-era women were often responsible for the type of civic action that brought real change to public policy, by leading and organizing campaigns to create or preserve special places. This fact is nowhere more true than in California. Men, of course, have tended to overshadow the accomplishments of women, because women achieved their results more quietly. They often worked both in support of and in deference to men’s efforts and generally functioned collectively such that the deeds of a single woman, when noticed at all, stood in less contrast to those of male counterparts… the California Federation of Women’s Clubs… greatly enhanced women’s social and political influence…to promote children’s prosperity and help women conserve state forests with the conviction that nature and beauty, intelligently designed urban space, and outdoor activity could help inoculate against the ills of urban growth in a too rapidly industrializing America…” Cameron Binkley, California History, Volume 83, No.2 (Courtesy Denis Pinto.) 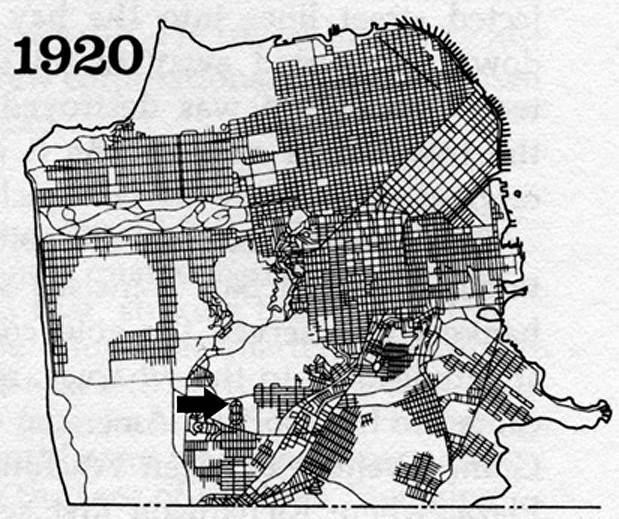 After the opening of the West of Twin Peaks Tunnel in 1919, streets are beginning to fill the open space on the map between the now extended Sunnyside Avenue and Ocean Avenue. The arrow points to Westwood Park with the route of the former racetrack visible below it in Ingleside Terraces. 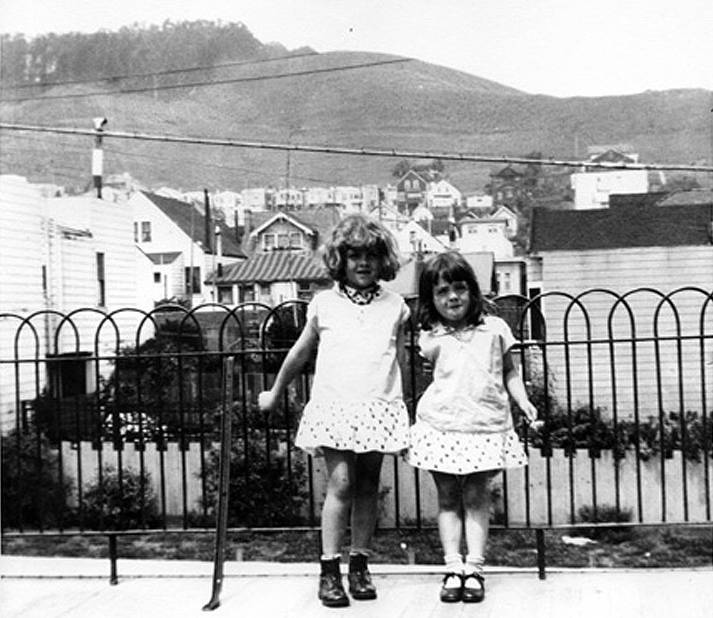 Bridget and Helen Burke on the roof of their family market in Sunnyside on Gennessee Avenue in the 1920s with an undeveloped Mount Davidson in the background.

“The future of San Francisco lies West of Twin Peaks!” Especially with the Twin Peaks tunnel at its center.

Mr. Baldwin built hiking trails up Mount Davidson “for the pleasure of the public,” to a view “more picturesque and comprehensive than from any other point in the City.” In 1923, Sunset resident and YMCA Director, George Decatur took a hike up the trail and writes about the view of “tall monuments of steel and concrete wherein were housed thousands of busy minds… myriads of moving objects were, without doubt, hurrying hither and thither, all within the vision of Mount Davidson, yet the noise and tumult of it all were absent,” which inspired him to build a temporary Mount Davidson Cross and organize a sunrise event there for Easter 1923. The Work Progress Administration later improved the trails, including these steps off St. Croix Drive, in 1935. 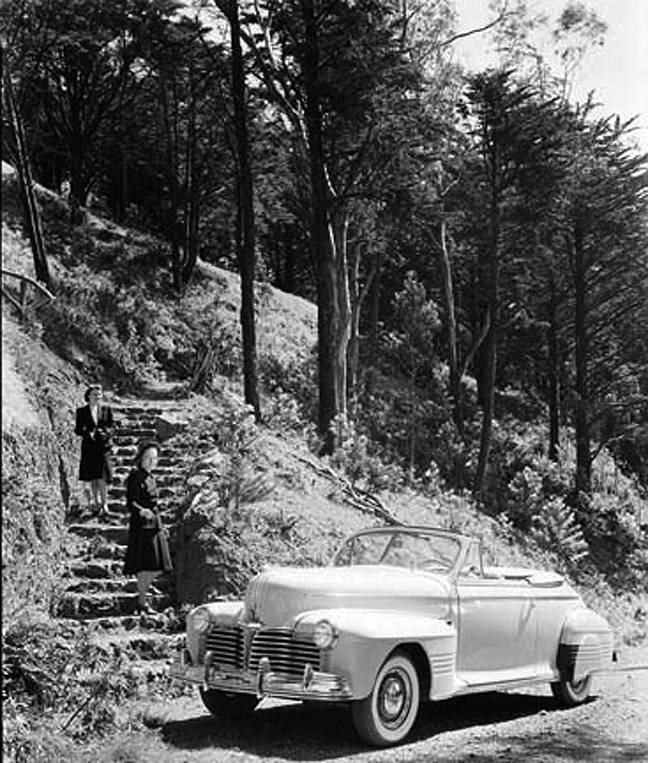 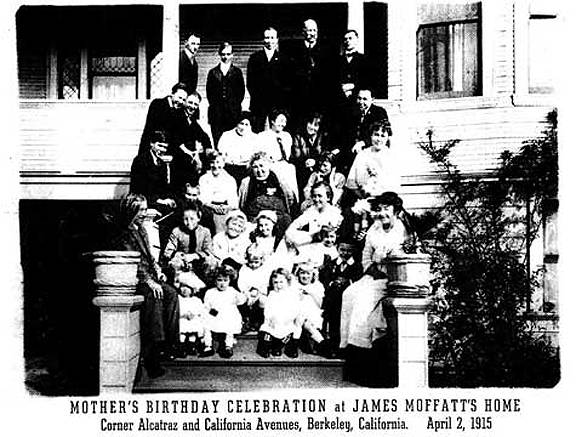 Three generations of the Dettner family and friends in 1915. Eliva Dettner, 12 year old child with the white beanie, dark hair, second row, middle; her mother, Christine Marie Turkelson (Dettner), second row down from the top, two from the right, with the plaid sweater on. Christine’s mother, Mary Bouchet (Turkelson), woman in the middle. Also in the picture is Elvira’s father, Ernest Dettner Sr., who started Dettner Printing House, on the top row, left, and built 75 Upper Terrace. The First Congregational Church has The Dettner Room in honor of Ernest Dettner’s time and contribution to the church. (Courtesy Dave Bisho.) 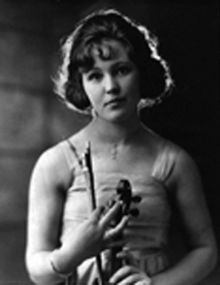 Elvira Dettner, 15 years old, in 1918, with her violin. She attended Lowell High School and had been promised the prestigious first violin spot in the orchestra. However, the orchestra master chose “a boy” instead (because he was a boy . . .), so she transferred to and graduated from Polytechnic High School where their choirmaster was more than happy to make her first violin. Also, during this time, she played her violin in San Francisco “vaudeville” with rose petals dropping from the ceiling. She was only allowed to do it because one of her brothers accompanied her to the theater, waiting for her to perform, and then accompanied her home after the show. She married John (Jack) Granfield about 1923 and raised their family in Ingleside Terraces. (Courtesy Dave Bisho.) 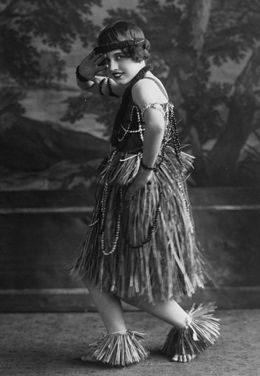 Born in 1911, San Francisco native, Jeanette Quast, loved to dance. Growing up above her father’s Saddlery business, she moved to Hawaii to teach after earning her degree at the University of California. There she met her husband to be, Stanley Davis. They married in San Francisco and bought a new home in Miraloma Park in 1942. (Courtesy Jeanne Davis MacKenzie.)

William Benedict, Assistant Secretary to Mayor “Sunny” Jim Rolph, wrote that women’s active association with Mount Davidson history did not begin until 1926 when the “subdivider’s axe and steam shovel were heard on its lower slopes, destroying in ruthless fashion the beauties of nature,” as shown in this view from the entrance gates of Ingleside Terraces on Ocean Avenue at Victoria of the trees cut down for the construction of Mount Davidson Manor subdivison. (Courtesy Ken Hoegger.) 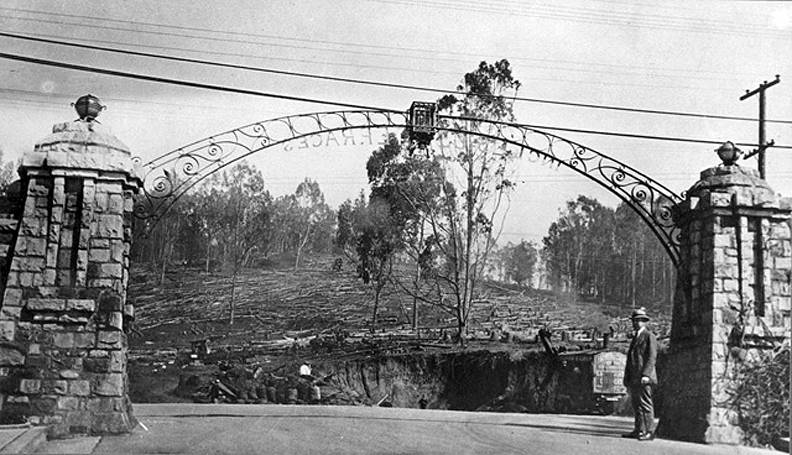 By 1926, a new giant and illuminated Mount Davidson Cross had been constructed for the Easter Sunrise service which was now a major bay area civic event with special ferry service and major newspaper coverage. 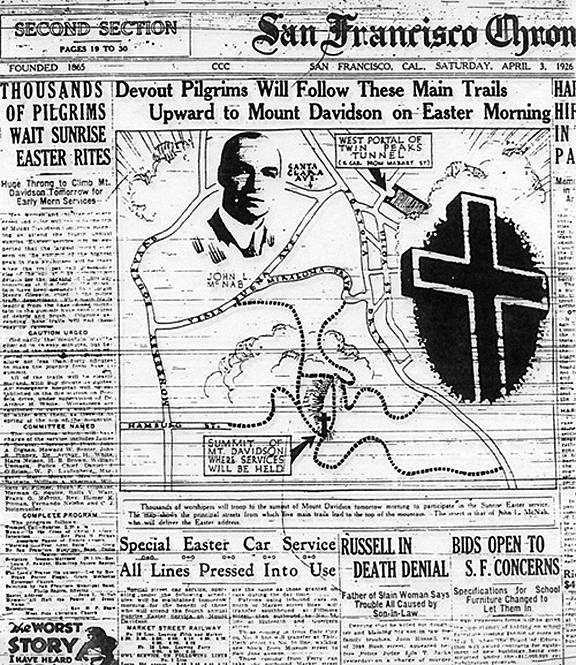 A week after the Easter event, “an ardent nature lover, Mrs. Edmund N. “Madie” Brown, was aroused over the destruction and made a plea at the Commodore Sloat Parent-Teacher Association on April 12, 1926, for the preservation of Mt. Davidson as a City Park. She was appointed chair of a Mt. Davidson conservation committee and began her work by securing historical data, maps, and the cost of the Mt. Davidson property.” 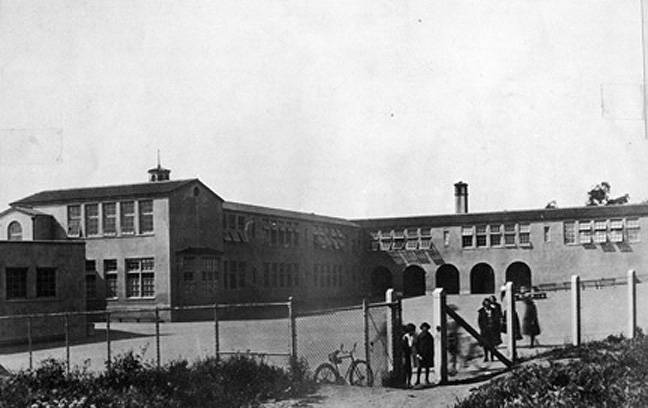 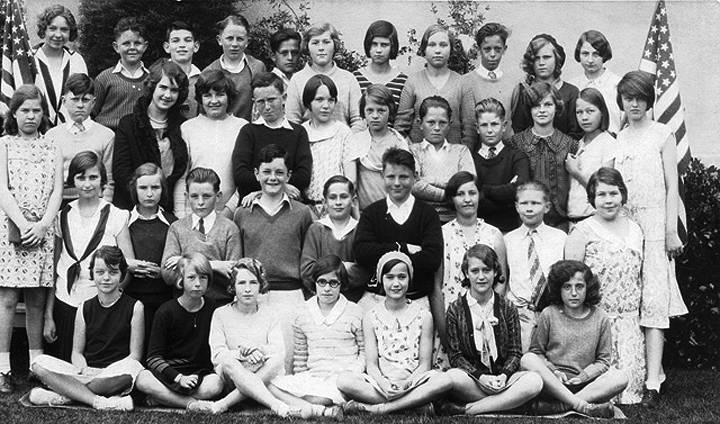 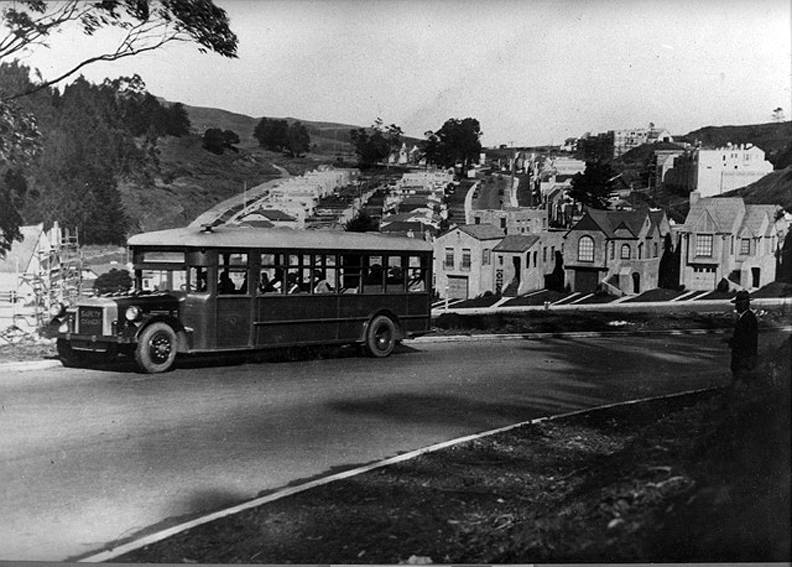 In 1926, this is one of the early bus routes in San Francisco. The Route Number One Line crossed the Richmond District and Golden Gate Park to Mount Davidson. Edgehill is in the upper left forested section. The middle street with seven automobiles is Portola Drive before it was widened in the 1950’s. The homes on the northwest side were relocated. 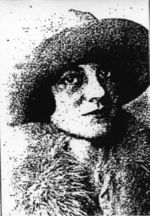 Madie Brown led the campaign for creation of Mount Davidson Park, with Mrs. J.E. Butterfield, president of the City and County Federation of Women’s clubs, and Robert Searls, president of St. Francis Homes Association. Their work included, “the interviewing of prominent citizens; the writing of letters to individuals and to organizations, asking for their support; and securing publicity through press and screen. Mt. Davidson wild flowers were sent to individuals as pleas for support and exhibits arranged for flower shows and schools.” 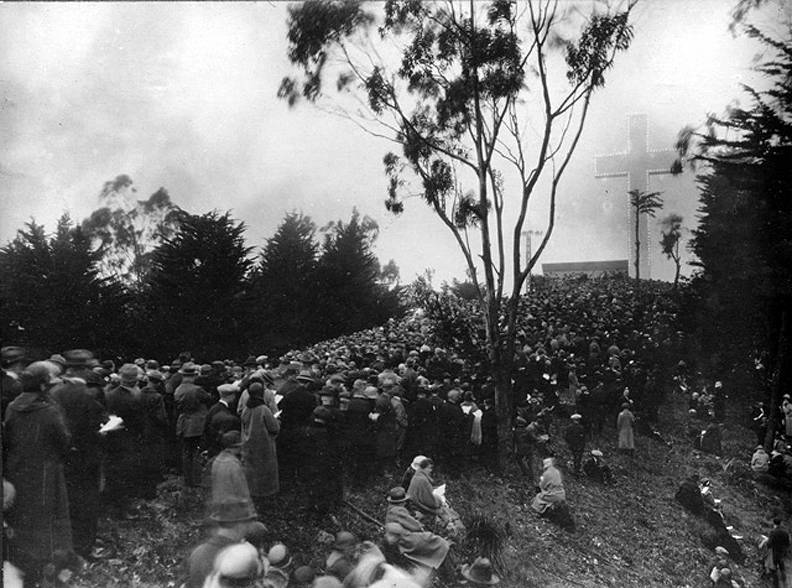 The 1930 Sunrise event on Mt. Davidson after twenty acres “to provide our school children with the environment for nature study; the Boy Scouts with an outdoor playground for hikes and overnight camping; the Easter pilgrim with a place of worship on its summit at dawn; and the visitor with unsurpassed views from the highest point in the city,” was purchased by the City for Mount Davidson Park, and dedicated on December 20, 1929, the birthday of the City’s Superintendent of Parks, John McLaren.

While women won the right to vote in California in 1911, the first woman was not elected to the San Francisco Board of Supervisors until after national suffrage in 1920. She was Margaret Mary Morgan, seen on the left visiting Hetch Hetchy. She was on the organizing committee to build a permanent Mount Davidson Cross. 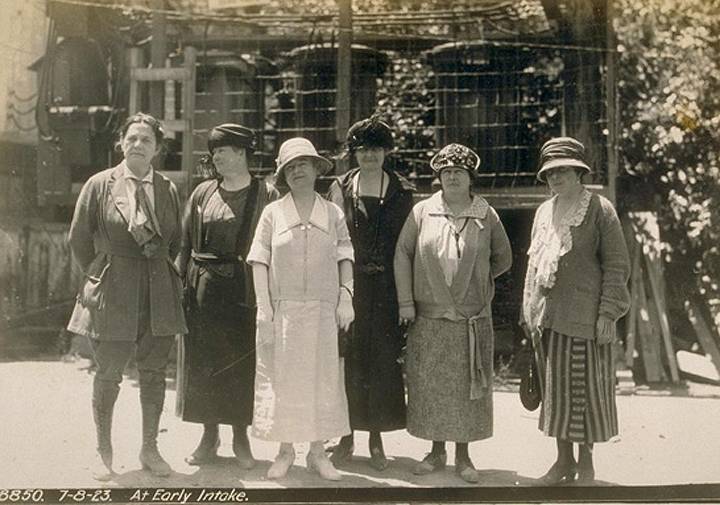 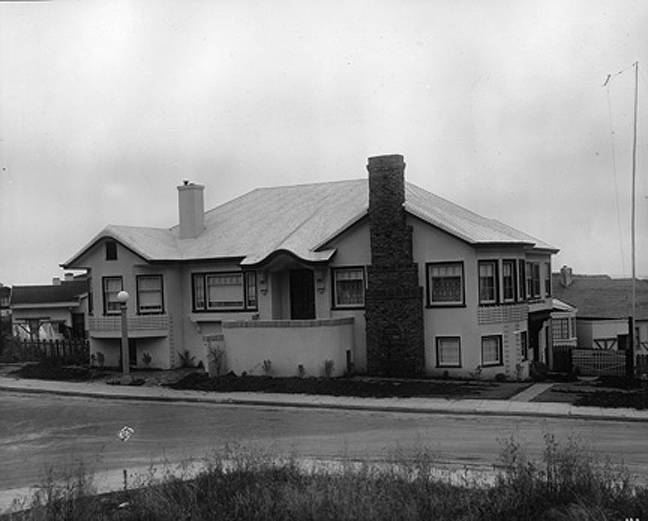 One of the early male dominated professions opening to women in 1920s was architecture, with Ida McCain, designer of this and other bungalows in Westwood Park, being among the most successful.

By the mid-1920s, McCain was working her own, buying property and designing large period homes in the City’s St. Francis Wood and Monterey Heights neighborhoods West of Twin Peaks. Historian Inge Horton writes, that when inspecting one home, she found knot-ridden planks and used her shoe heel to break them through and ensure their replacement. When her heel came off in the process, she said, “The carpenter very kindly brought me a hatchet…and in true ‘Carrie Nation’ style we knocked the knots out.” 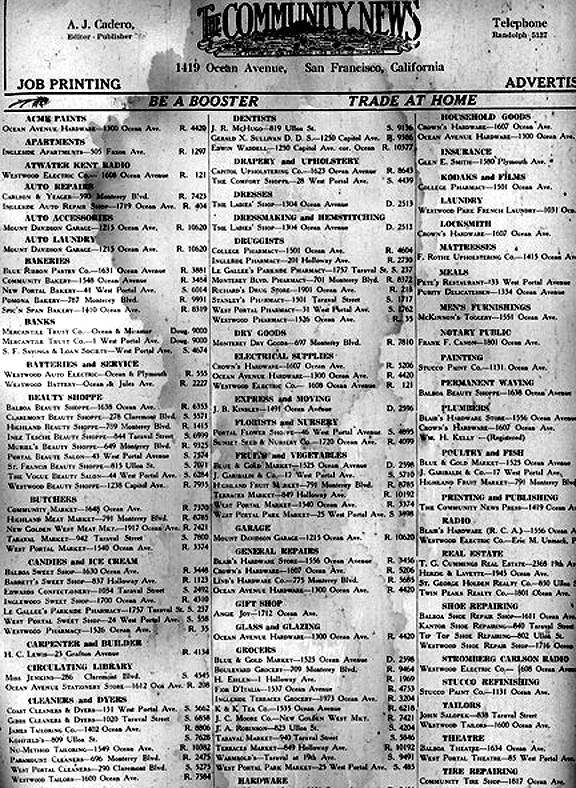 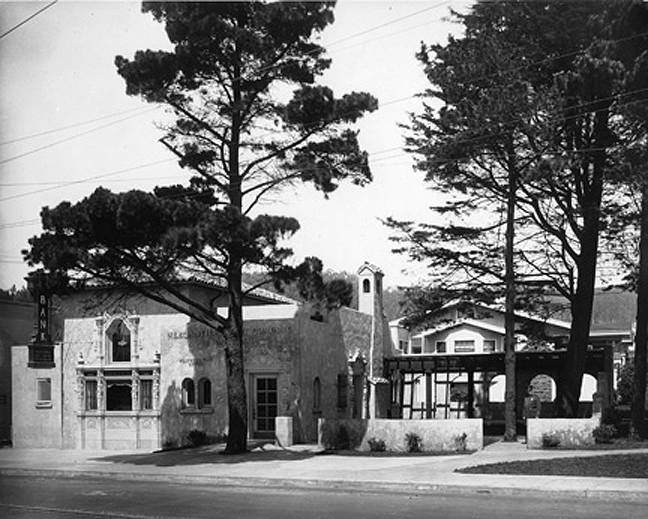 Conveniently located at the entrance to Westwood Park on Ocean Avenue at Miramar is the Mercantile Trust Company. According to the list of businesses above they also had a location at One West Portal Avenue. 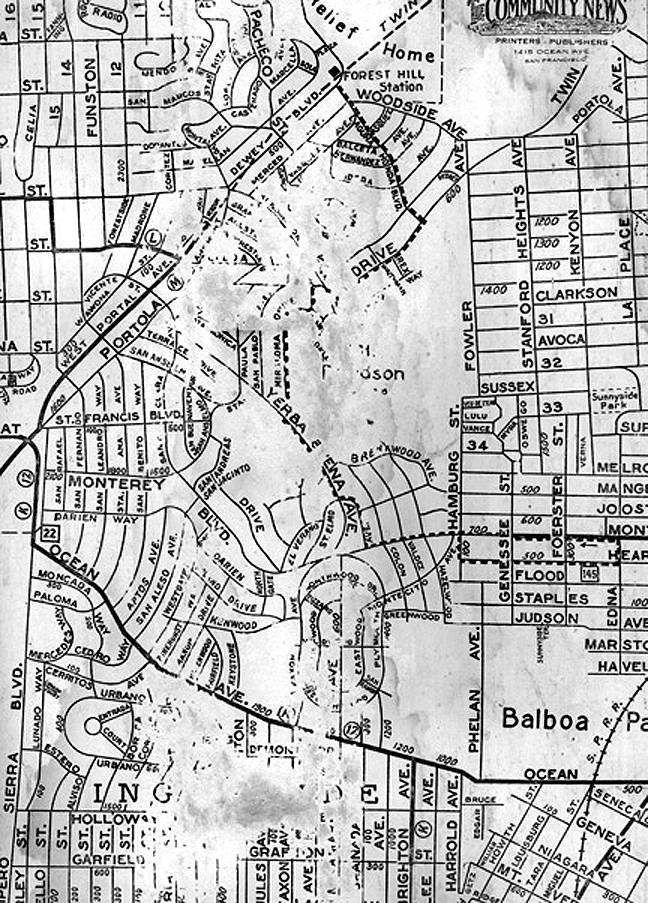 Map on the back of the business list shows how more building occurred on Mount Davidson after 1920 and why Madie Brown started her campaign before the completion of Westwood Highlands, Monterey Heights, Sherwood Forest, and Miraloma Park. Sunnyside Avenue has been changed to Monterey Boulevard but Hamburg Street is not yet Ridgewood Avenue. 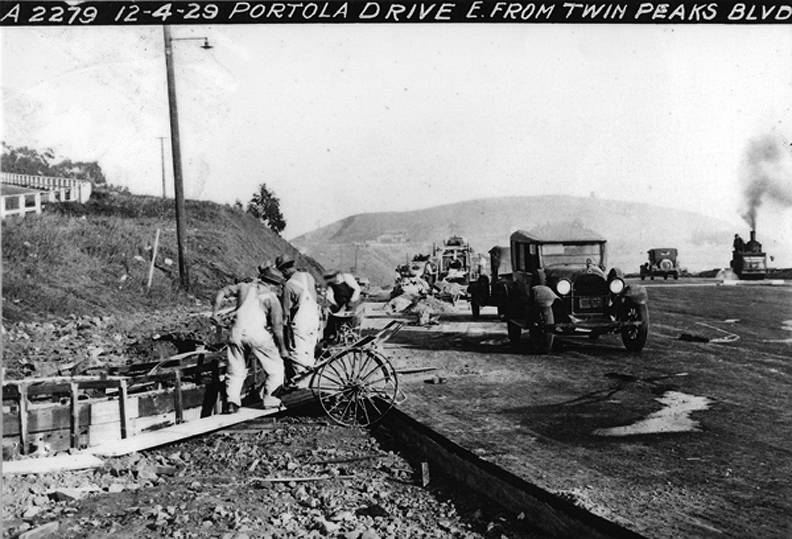 The new street car tunnel followed by the improvement of Portola Drive east from Twin Peaks Boulevard in 1929 added easy automobile access to the homes being built West of Twin Peaks.