Difference between revisions of "Who Pays for Public Water? S.F. vs. Suburbs" 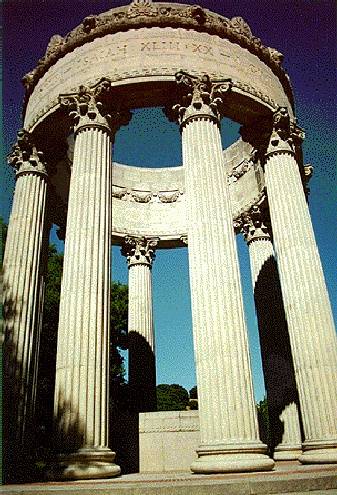 Suburban water districts use 65 percent of the water delivered by our Water Department. Capital costs cannot be incrementally passed on to the suburban wholesale users until new construction is finished and up and running. Repair and replacement costs cannot be passed along to suburban users except as their formulaic share of ordinary maintenance costs.

To make a long story shorter, the Suburban Purchasers (BAWUA) sued the City. A Settlement Agreement/Master Water Contract, signed in 1984, allows the suburbs to purchase Water Department supplies at the wholesale cost of production and delivery.

The Suburban Purchasers are charged for their share of suburban-based capital improvements funded by revenue bonds. The suburban share is calculated according to the cheap wholesale rate base--and fixed asset value of the wholesale-only portion of the improvements--not the actual cost of the improvements.

While City-based water rates are upwardly-affected by the value of improvements funded through Federal and State grants--the suburban rates are not.

The eventual payment by suburban wholesale customers for their very moderate share of capital improvement bonded debt does not accrue to the people who put the money up-front. The SF retail consumer covers the entire debt with instantly increased rates: cold cash. The suburban contribution is painlessly realized, years later, by decreasing the amount of yearly "rebates."

Nor do suburban payments figure in the PUC's calculations as a way to reduce rates proportionate to SF retail use. Suburban payments simply accrue to the PUC's cooked ledgers and transform into larger budgets for consultants and annual surpluses for the Board of Supervisors. As the surpluses flow to the supes, water rates increase--vitiating any "savings" from eventual pay-down on capital improvement costs by the Suburban Purchasers. In other words, the suburban wholesale buyers have a great deal--and we don't.

In 1996, City and suburban rate payers each paid $57 million for water. But, City retail users accounted for less than 35 percent of the water used. (City agencies and enterprises, e.g. Airport, receive "free" water, purchased by the SF taxpayer.) Last year, the suburbs were credited with $10 million off the above $57 million payment, due to their share of Water Department "income" and PUC "mistakes" in incorrectly classifying eighty assets as part of the wholesale rate base; failing to calibrate meters correctly; incorrectly calculating interest expense; and trying to charge the suburbs for construction projects that were uncompleted.

In the instance of the proposed bonds, the PUC disingenuously implies that the suburbs will pick up 50-65 percent of the costs. The Suburban Purchasers may eventually pay a portion, but the payment will be vastly reduced by the fact that many of the bond-funded projects are within City limits. And most of the projects are covering up for the PUC's criminal failure to provide ordinary preventive maintenance to our system.

The November bonds are not necessitated by any seismic emergencies. The system withstood Loma Prieta (7.1 Richter scale earthquake). In contradiction to Don Solem's campaign strategy of creating earthquake hysteria, the PUC informed bond investors in 1996 that, "The Water Department's transmission and distribution systems are engineered to withstand the effects of most earthquakes." The PUC admits that anticipated seismic improvements will not secure the system against anything larger than a 7.0 earthquake.

The PUC's sky-is-falling bull about "aging infrastructure" is given the lie by the fact that the PUC depreciates the entire system at life spans up to 160 useful years.

The extent to which SF retail customers subsidize other users can be discerned in 1996 water rates--in cost units of 100 cubic feet--as opposed to the Controller's flotsam about "single family residences."*

Using a ratio derived from the smallest increment of the rate base, we see that the City retail user's share of capital bond payments is, at least, 1.83 times the Suburban Purchasers share. Under the best possible scenario, we pay double the operating and debt costs of the Suburban Purchasers, who use 65 percent of the water! By 2001, the PUC calculates that the suburbs will be using 69 percent of the water--despite Mission Bay, etc.

Construct a capital improvements and maintenance plan based on actual operational necessities and available funds--not pyramids of bond issuances. Charge suburban users and private developers for capital costs of infrastructure growth and development. Secure alternative sources of funding for essential maintenance and expansion needs from available State and Federal grants and loans. Reduce interest costs by amortizing instruments over shorter terms. Spend idle bond proceeds on urgent capital improvements and repairs and replacements (at least $102 million). Bid all contracts competitively with cost effectiveness as the main criteria. Cease the annual average $30 million surplus "gift" to over-spending supes and apply the funds to preventive maintenance. Require City agencies to stay within their budgets or be sanctioned. Require performance evaluations of consultants, civil service and union employees. Purge the PUC of ineffective, expensive consultants--as detailed by Rose and White. Reduce local water rates to parity with the Suburban Purchaser's wholesale price.

Fully combine the Water Department with Hetch Hetchy to achieve economies of scale and fiscal accountability. Keep the Charter priority to ensure the physical integrity of the water system before the requirement to pay bond principal and interest. Stop hiring tens of millions of dollars worth of "consultants" to do the work we already pay hundreds of PUC engineers and bureaucrats to do. Fire the "policy" makers and managers who have allowed our water system to become imperiled through demonstrably incompetent administration. Implement instructions of our Independent Auditors immediately. Prosecute white collar crime.

Slackers use fear to blackmail public

SFI reviewed ten compliance orders issued to the San Francisco Public Utilities commission by the California Department of Health Services (DHS), which oversees Environmental Protection Agency regulations for maintaining safe drinking water standards. These orders are being used by the PUC as an excuse for demanding the November bonds.

The orders--issued from 1993 to 1997--paint a picture of gross operational ineptitude--ranging from lack of adequate staff training, to discrediting of the PUC's water quality laboratory.

DHS began commanding the PUC to monitor and report water quality deviations in 1993. The PUC consistently failed to comply with these easy orders, paying thousand of dollars in fines for its recidivism.

Serious violations include contamination of the City's local drinking water during 3-alarm fires, due to the PUC's consistent refusal to segregate drinking water from non-potable fire-fighting water--an elementary mechanical operation. Incredibly, the November Bond Report fails to even mention this pressing problem.

The most serious ongoing violation challenges the very structure of the PUC's water and power supply system. DHS complains that our safe drinking water is "compromised" by using it for generation of electrical power as it enters the aqueducts.

Time after time, DHS begs the PUC to operate the drinking water system in compliance with reasonable environmental standards by doing its job professionally. Nowhere does DHS indicate the need for tremendous capital improvements.

"If we cannot be assured that credible, accurate [water quality] data is being submitted, we would require the use of a laboratory not affiliated with the San Francisco Public Utilities Commission." -- July 7, 1997

"Hetch Hetchy is operating O'Shaughnessy Dam without a domestic water supply permit." Failure to collect water samples, as per previous orders, is a "violation of primary drinking water standards and DHS citations." -- July 20, 1995

Noncompliance with emergency notification procedures to customers concerning water quality problems. PUC told DHS that a system was in place. When DHS checked, it discovered that the PUC had lied. Fined $3,000. -- August 9, 1995

Failure to monitor turbidity; no well-defined performance criteria; failures to notify customers of water quality problems. "Questions raised regarding the degree to which drinking water is potentially compromised by the operation of this system to generate power." -- April 12, 1995

All of these violations could be corrected with minimal operating expenditures--by a competent utility. Unless San Francisco is prepared to officially turn over our public utilities to PG&E and Bechtel--we better start insisting on normal professional competence from the highly paid slackers at the PUC.

The Water Department has $102 million in water bond cash sitting in an unrestricted investment account. Instead of using the $102 million for preventive maintenance, desk-jockeys cry poverty and impending doom--in order to float unneeded bonds.

Utility-crats been raiding Water Department maintenance budgets to fund an endless series of "studies" and design and construction cost-overruns. They confidently squander the proceeds from our water bills on untenable "surpluses."

SFI crunched 15 years of the City's annual financial statements and determined that, since 1982, the PUC has delivered $510 million in Water Department cash to the Board of Supervisors in the form of a Hetch Hetchy Project "surplus." Accounting gimmicks hide the fact that the phony surplus is attributable to excessive water charges--sucked from San Francisco's homeowners and commercial establishments.

The surpluses were made possible by mis-appropriating revenue and bond money--while criminally neglecting the most basic maintenance of the water system. If the system was adequately maintained--there wouldn't be a "profit," or "surplus." Nor would there be a need for rate increases and 95 percent of the boondoggles listed in the PUC's $2.36 billion capital improvement plan.

The Charter prohibits the supes from appropriating a "surplus" unless: "There is no unfunded operating or capital program which by its lack of funding could jeopardize health, safety, water supply or power production."

The very existence of $355 million in outstanding bond principal--and $304 in proposed bond principal--shows that the Charter condition was not met when the supes declared a $45.7 million Hetch Hetchy surplus this year.

In defiance of a Charter amendment approved by voters many years ago, a long trail of supes have saved their annual surpluses by refusing to combine the Water Department and its Hetch Hetchy Project at the budget level--as they are combined in practice, and in the City's audited annual financial statements.

Instead, the profit went into the unrestricted cash account and to the supes. City Hall views these enterprises as cash cows--milking them to cover-up Mayor Brown's deficit spending--which is illegal.

Ironically, the existence of the $102 million in "equity" allows the PUC to float more bonds--which we wouldn't need to do if we were not raiding the maintenance budget and cooking the books to generate the supe's slush.

We have always had plenty of money to maintain the water system--and lower rates, too! But, the bureaucrats do not want to spend money on maintenance--because the system would then be well-maintained--and there would be no excuse to incur debt to hire friendly consultants to tell us that the system is under-maintained, and that friendly contractors can fix it.

The Suburban Purchasers saw through the charade years ago and successfully sued the City for recompense. We local consumers should be so smart!