Difference between revisions of "Weaving in the Bohemians" 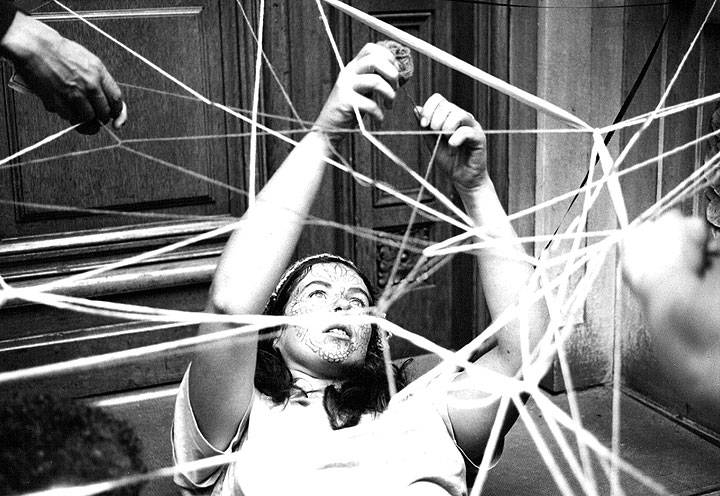 Sunday, November 15, 1981 began as a stormy, windy day with toppled power lines and slick dangerous roads. But that didn't deter 300 women from all over northern California who met in San Francisco's Civic Center to march to the exclusive, all-male Bohemian Club on Taylor Street.

The San Francisco protest coincided with the second women's action against the Pentagon, which drew women from Switzerland, Denmark, Sweden and West Germany to Washington, D.C.

The Bohemian Club was chosen as a target in order to illustrate the connections between social issues such as sexism, racism, nuclear power and war by exposing the men who profit from other people's suffering. The protest was organized by the feminism task force of the War Resisters League, a member of the Bohemian Grove Action Network, a coalition of 26 Sonoma County and Bay Area organizations.

When we reached the Bohemian Club, we began weaving a huge web of yarn, string and rope which soon covered the entire front door of the club's block-long, ivy-covered building and stretched across the sidewalk to trees near the street. The image of the web was meant as a challenge to the club's motto, “Weaving spiders come not here,” which the Bohemians use to claim that they don't discuss business or politics. Chanting and drums created a powerful background to the weaving of the web and the placement against the building of a hundred cardboard “tombstones” bearing the names of women killed as a result of patriarchal greed and oppression. 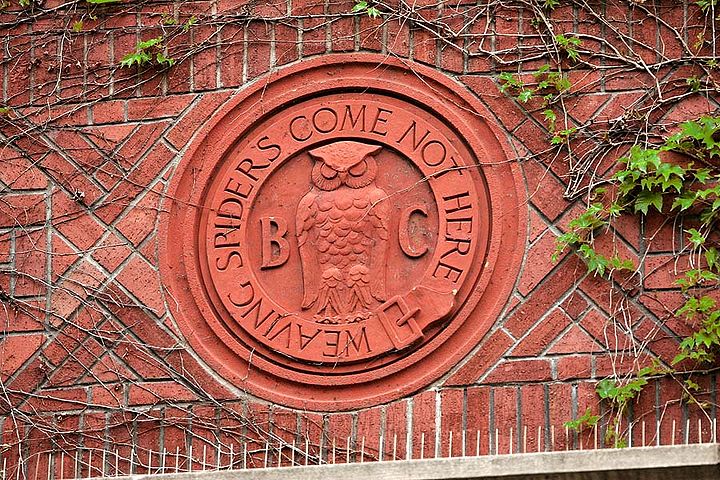 Plaque on side of Bohemian Club at 624 Taylor Street in San Francisco.

There was no response from inside the club, though we noticed faces peeking through the drapes in second-floor windows. We weren't bothered by the police during the hour we were there and by the time they came to cut down our “mistresspiece” we had captured the event on both movie and still film. 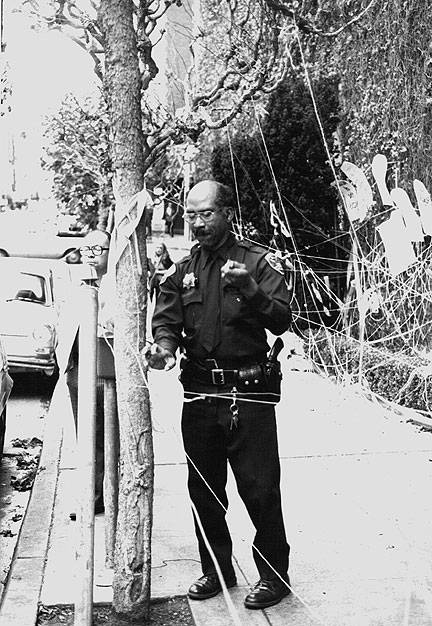