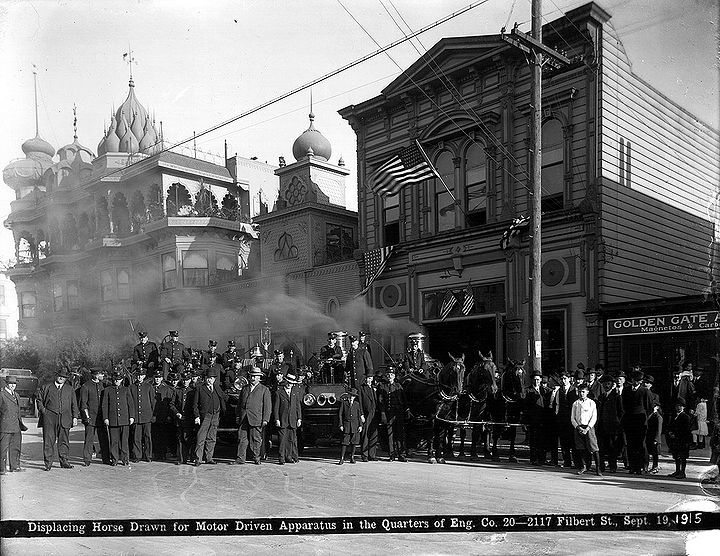 The Vedanta Temple at Webster and Filbert in Cow Hollow. It was built in 1908. This picture from 1915 commemorates the neighboring Fire Department's adoption of motorized vehicles in place of horses. 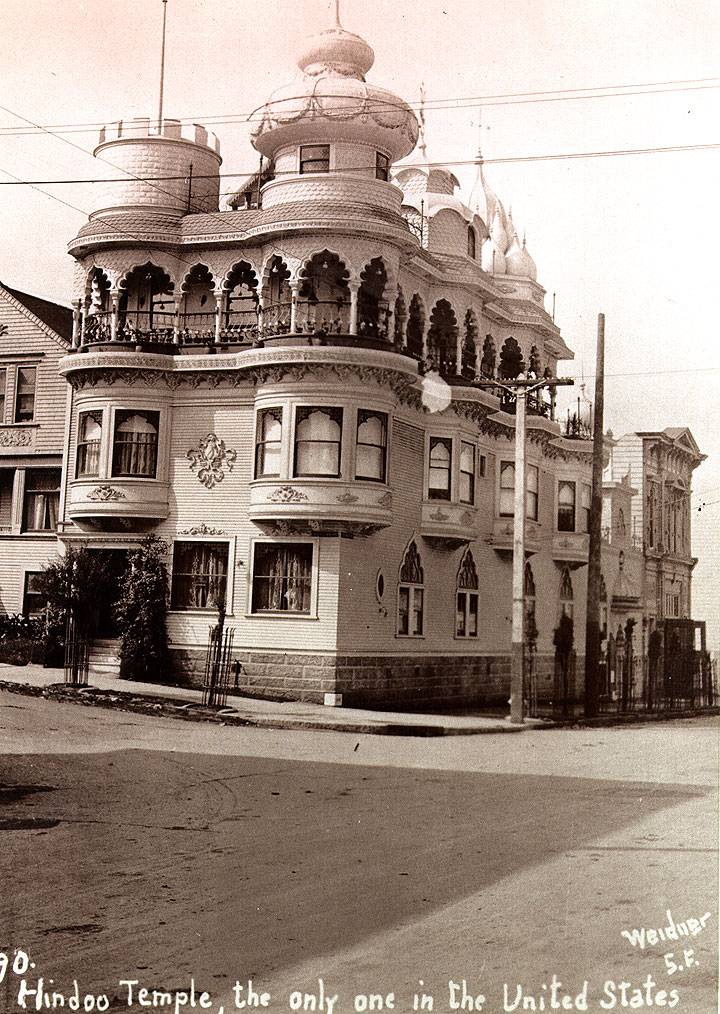 Without doubt the most awesome, the most spooky, the most spine-tingling curiosity in all Cow Hollow [was] that which frightened "most" of us kids "the most." I describe none other than the Vedanta Temple #1. Well I've always tried to forget it! Once during late afternoon services some fanatic set off a bomb, and the Swamie died a week later because of the trauma. Not even the biggest clown among us ever made jokes about its weird signs and magic symbols; not even the bravest among us ever died to trespass its haunted, threatening soil.

Situated in Cow Hollow the Vedanta Temple is among the most unusual buildings in San Francisco. Erected in 1905 it was designed by the architect Joseph A. Leonard in collaboration with Swami Trigunatitananda who, five years earlier, had founded the Vedanta Society of Northern California, which is still in existence. In its mixture of architectural styles - Queen Anne, Colonial, Oriental, Moorish and medieval - the temple is said to symbolize the Vedic doctrine that all religions are but different ways of approaching the one God. The Vedanta is the highest of the six systems of Hindu religious philosophy.