-Researched with help from Ava Obrecht and the UMLH Board. 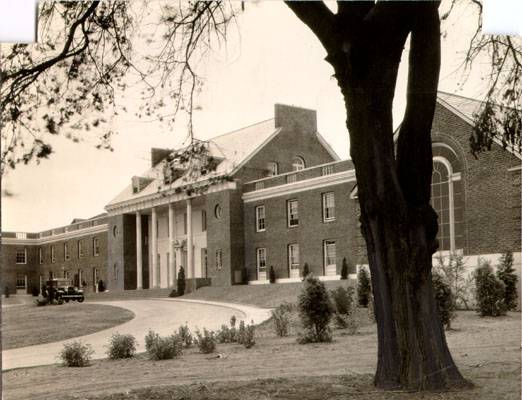 University Mound Ladies Home as it looked in 1932.

For 130 years, the University Mound Ladies Home was one of San Francisco’s few affordable homes for single women of modest means. In the early years women needed to pass a doctor's health exam in order to move into the home, where they were expected to work in the gardens and such; in later years it became a home for elderly women needing assistance.

The home's original benefactor was noted businessman and philanthropist James Lick, who left a substantial portion of his $3 million fortune to be used for charitable causes. Although Lick had the resources, the idea for the University Mound Ladies Home came from a woman named Mary Staples, whose lawyer husband assisted Lick in the writing of his will. When Lick asked Mrs. Staples if she had any requests, she appealed to him to establish a home for unsupported women. Lick proposed to allot $50,000 for the home, but upon Mrs. Staples’ insistence, he doubled the amount to $100,000, which provided a sizeable endowment that earned interest for many years to come. 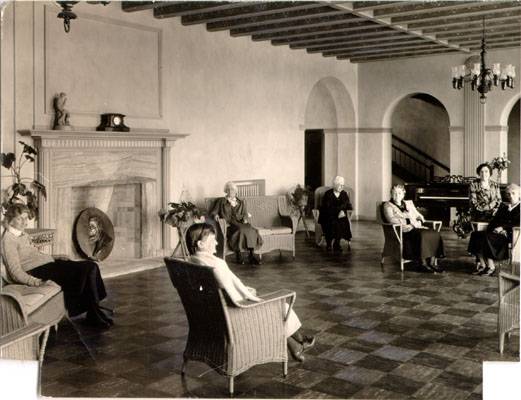 The original home was a three-story building that sat on 25 acres in the Portola District. It was originally made of wood, but it was redone by Martin J. Rist in 1932 with the red brick facade that is still seen today. Today the home owns only 3 of the 25 acres. When the land was still a part of the home's property, the residents as well as the staff members farmed most of the land, taking care of animals as well as growing food. At the time, women were admitted to the home only if they were of good health. They were allowed to go into the city if they wished.

When it opened in 1884, admission to the home required a one-time payment of $300, in return for which the home promised to care for a woman for the rest of her life. By 1939, admission was either $50 a month or $3,000 for a lifetime of care. At some point the home was registered as a 501(c)3, making it an official nonprofit organization.

Around 2000, the home began suffering financial instability, with increasing amounts of the endowment required to subsidize its operation. (Its rates had risen to around $2,800 by then, but they were still considerably below market.) In 2007, when the endowment was about to run out, the board approached former mayor Gavin Newsom's office for help. In 2008 the city's Department of Public Health began placing residents at the home, but no other city funding was received. 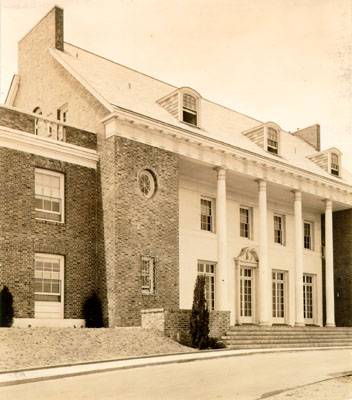 A new board was installed in 2008, and they instituted new programs, including hospice and palliative care, and began admitting men, in order to make the home financially sustainable. Despite their best efforts, including obtaining foundation grants and other fundraising, the costs of operating the home exceeded the available funds. In 2013, the board signed an unsuccessful management agreement with AgeSong Living LLC., which resulted in litigation. On May 8, 2014, the UMLH board announced the closure of the home, having exhausted all funds. A short-term loan of approximately $2 million was taken out to meet payroll and sustain operations until new placements could be found for residents. This necessitated the sale of the property.

Several other residential care facilities expressed interest in purchasing the building, but there were no viable proposals submitted that would have allowed the residents to remain, and the board announced an intention to sell the building to a local private school. At this time, AgeSong expressed an interest in taking over operations of the building, promised to keep remaining residents in place, and enlisted resident families, politicians, and the local press in their campaign. Supervisor David Campos introduced legislation that would have imposed a moratorium on any change in use, potentially blocking the use of the building by the school. Due to concerns about several factors that might prevent the close of a sale of the property, the UMLH board offered AgeSong an opportunity to match the school's offer.

AgeSong submitted a successful offer for the property. On August 15, 2014, University Mound Ladies Home ceased to exist, and AgeSong assumed control of the 350 University St. property. At that time, about half the residents who were living in the building when the closure was announced still lived there. The other half had already found new homes. Part of the proceeds from the sale are being used to provide subsidies to the residents who had moved out. A residential care facility called AgeSong University operated at the site for several years.

In 2018, CiminoCare took over the site and began operating a residential care facility called Portola Gardens at the site.