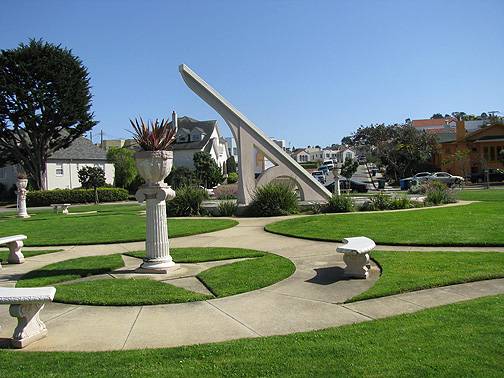 The Urbano Sundial at the end of Entrada Street, 2008.

What is a gigantic sundial doing in the middle of this prosaic neighborhood? Local occultists claim that the Urbano Sundial, like Stonehenge, the Mayan and Egyptian pyramids, and other ancient monuments, is a cosmic calendar built on a power spot. 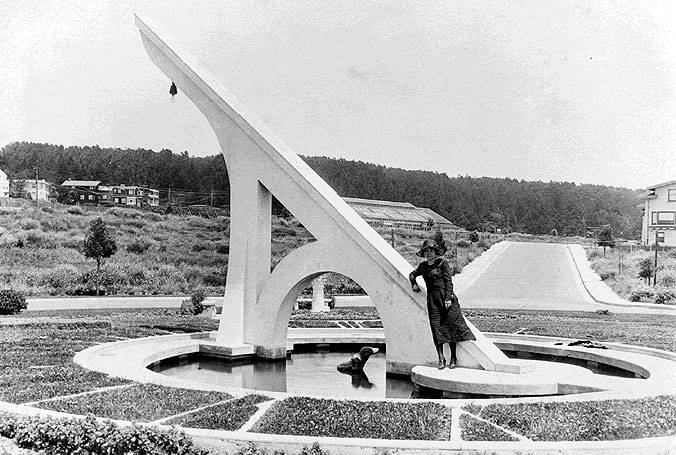 Whether or not you believe such theories, you'll have to admit that the Urbano Sundial is a bizarre, incongruous sight. When it was built, around the turn of the century, what is now the Urbano Street circle was the Ingleside race track, located in the wasteland of endless sand dunes that covered most of western San Francisco; the sundial, say historians, was erected as a race-track ornament. Later, as the city sprawled outward across the barren sands, the track was paved over, the bleachers were torn down, and the racetrack became a middle-class neighborhood. All that remains of the former racetrack is the mysterious sundial. 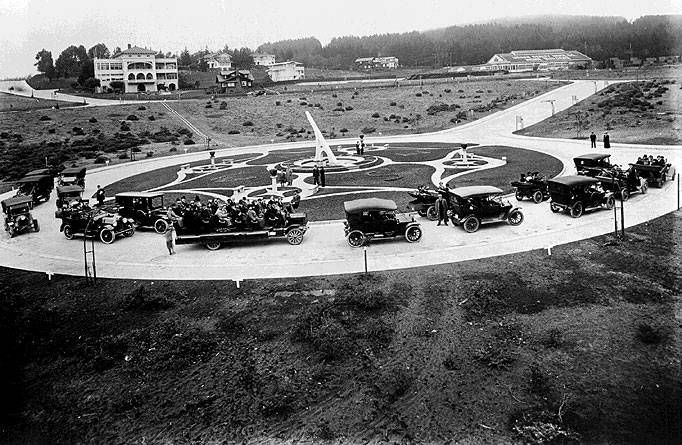