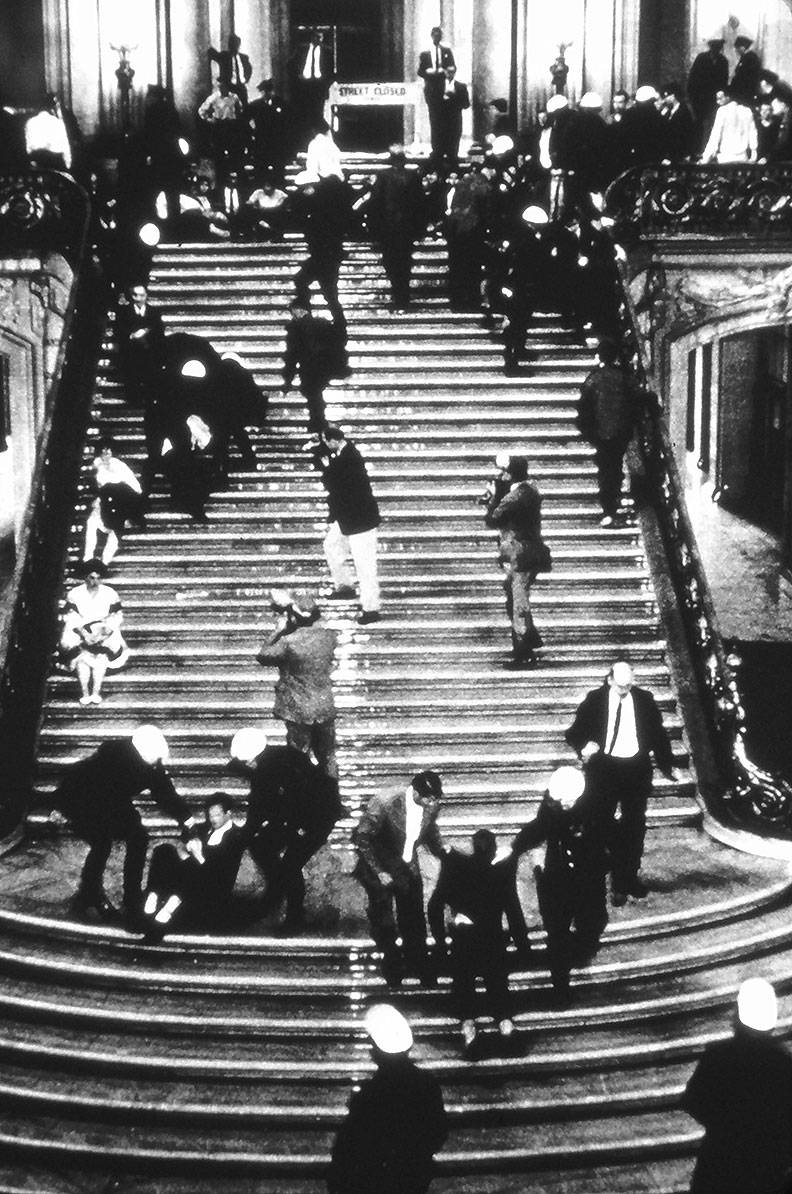 Students were ashed down the stairs of the City Hall Rotunda when the police directed fire hoses at them.

May 13, 1960: ''Civic Center, City Hall: House Un-American Activities Committee Hearing Riot: Students and other protesters in City Hall in SF decry the presence of the doddering, but still pernicious House Un-American Activities Committee. The Committee only deigns to hear from super-patriotic groups and individuals. After two days of hearings in which protesters were denied entrance, the police finally attacked and swept them out of City Hall's rotunda with fire hoses, with 64 arrested, and 12 people hospitalized (eight are police, mostly from exhaustion). Charges dropped against all but one demonstrator, he is acquitted in jury trial. Operation Abolition, a propaganda film using footage of the City Hall riot, is sold in hundreds of copies, claiming it was instigated by communists. Mayor George Christopher endorses this idea and says he himself saw known communists leading the demonstrations, although he was in the peninsula suburb of Burlingame when the police attacked in the rotunda.