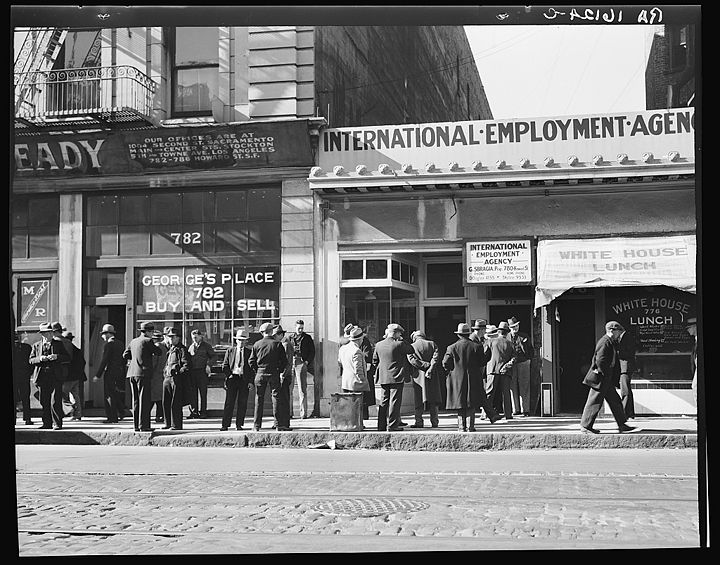 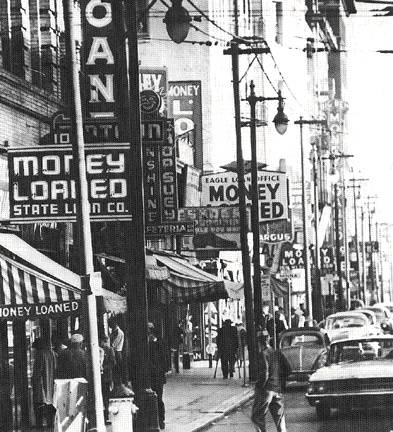 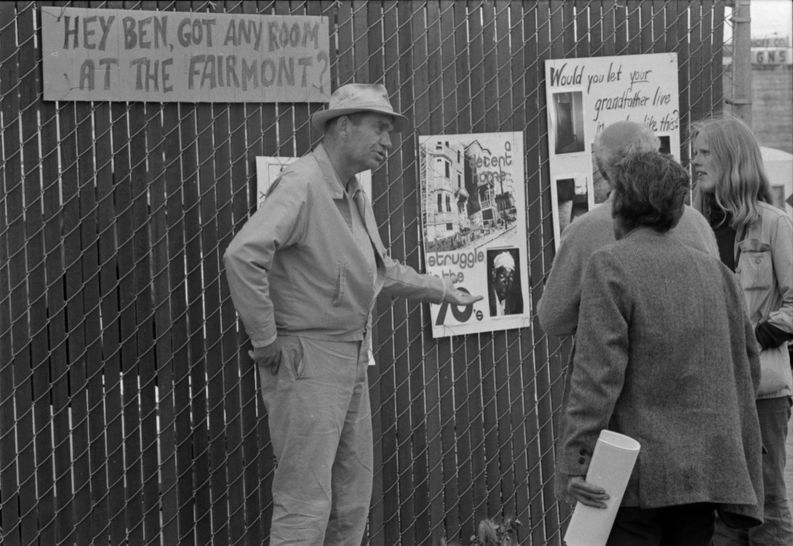 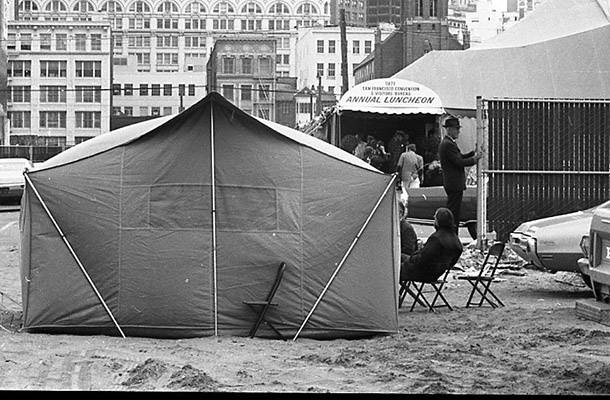 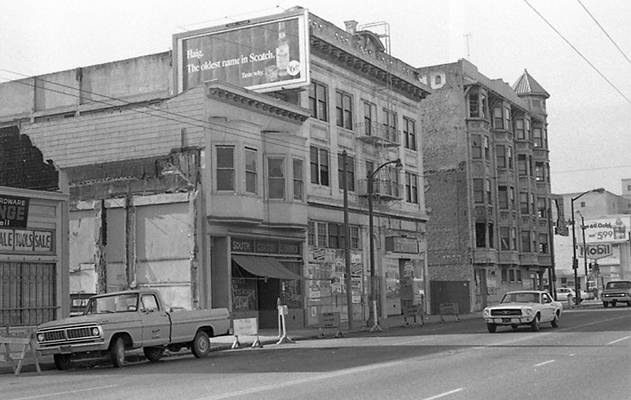 Buildings on the 700 block of Howard before being demolished; South Center Library and Jim's General Merchandise as seen from across the street, October 1970. 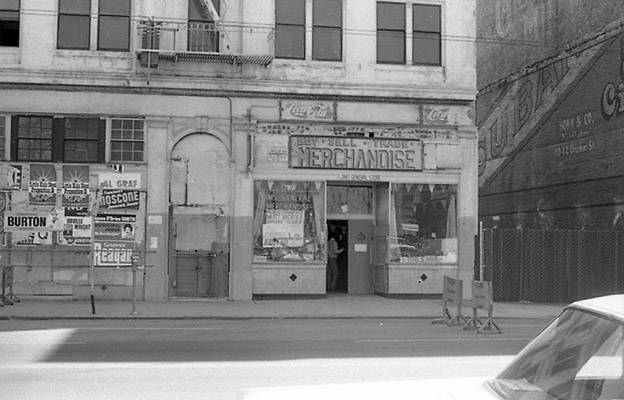 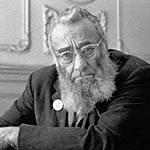 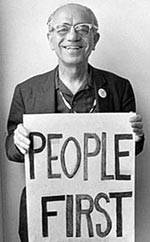