In late 1915, Mooney had targeted the non-union United Railroads for organizing. In 1916, California had two major cities, San Francisco and Los Angeles, the former known as the most unionized city in America, the latter as a bastion of conservatism and the most open shop (i.e. non-union) city in the country. San Francisco's Chamber of Commerce keenly felt the difference, as new investment was mostly heading south to Los Angeles and the land of cheap, abundant labor.

After the Preparedness Day bombing, Swanson was appointed as investigator for the (clearly corrupt) District Attorney that same evening. Over the next two years it was gradually revealed that Martin Swanson was the man primarily responsible for finding and coaching false witnesses against Mooney and Billings. In spite of revelations showing that all the evidence against them was faked, and a convincing demolition of the state's case in each of the trials, Warren Billings first, and then Tom Mooney were both convicted of first degree murder by juries of conservative, retired businessmen under the control of the district attorney.

Both Mooney and Billings had their death sentences commuted to life sentences by California's governor in 1917. It took another 22 and a half years before Tom Mooney was granted an unconditional pardon by newly-elected liberal Democratic governor Olson in January, 1939. Warren Billings would receive his release from prison in 1942. 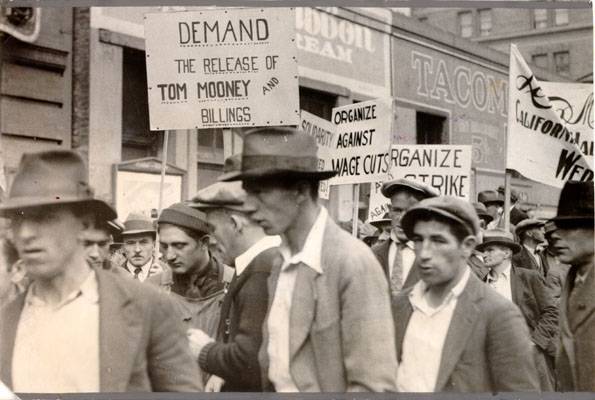