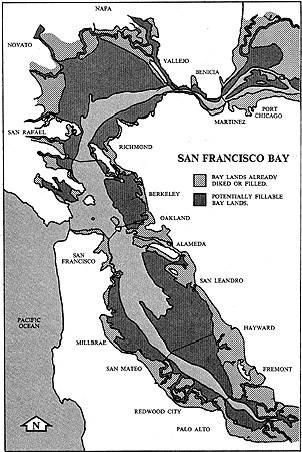 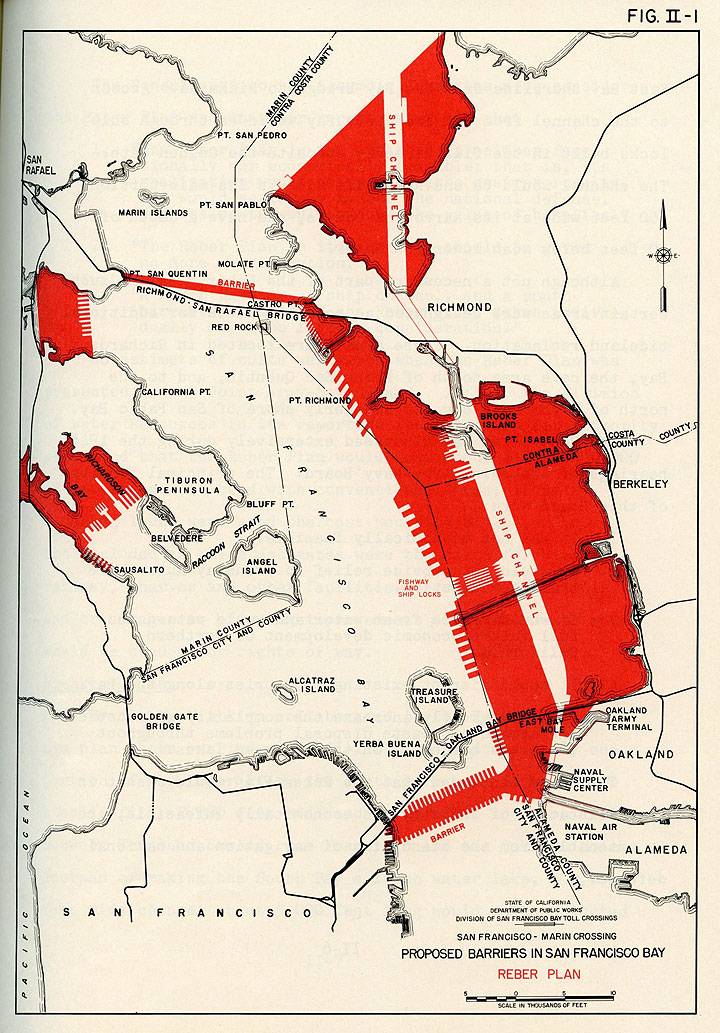 [{John Reber: The Man Who Helped Save the Bay by Trying to Destroy It|John Reber]] proposed in the post-WWII era that earthen dams be built across the bay in the north and south in order to create fresh water lakes. His idea was rejected in part because there were no mechanisms for regional planning at the time of his proposal, and the balkanized Bay Area communities could not come together on such a sweeping plan. Fresh water supplies were in any case secured from the rivers rushing out of the Sierra Nevada mountains, and the extreme ecological havoc that would have been caused by the Reber Plan never had a chance to get off the ground. The blackened areas on his map indicate areas of massive fill and industrial development. The ecological consequences of such a drastic alteration of the Bay's natural state are incalculable. Today we can only scratch our heads and be thankful that it never came to fruition.