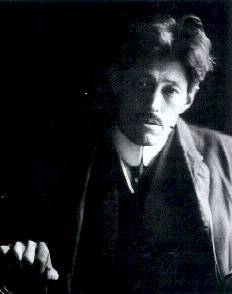 Photograph of Sadakichi Hartmann by Howard D. Beach from 1914 Source 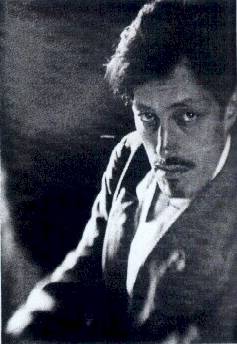 One of the many flamboyantly colorful artists to call San Francisco home at the beginning of this century was Sadakichi Hartmann. Hartmann was born in Nagasaki, Japan in 1869 to a Japanese mother and German father. He emigrated to the United States at age thirteen. When he turned 23, he produced a play in Boston which told the story of Christ with Jesus portrayed as an ordinary commoner. The audiences were horrified, as were the police, who closed the theater and banned the play. Hartmann himself was arrested, although critics called the work a breakthrough.

After this experience Hartmann traveled to Paris where he joined the circle of Debussy, Baudelaire and Verlaine. Here, he began to develop his reputation as an artist of serious note. He painted, danced, acted and composed poems. He was best known as one of the foremost art critics of his day. Of his many books, "The History of American Art," remained a standard reference text for many years.

Hartmann came to San Francisco at the beginning of World War I. He quickly became a fixture in the City's artistic community, giving classes in art and lectures on a variety of subjects. He was in and out of trouble with the law on a regular basis, and some of his exploits brought him great notoriety. 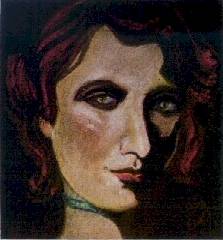 One of the most famous incidents involved his staging of Ibsen's "Ghosts." Hartmann had rented the old Hanford Mansion on the top of Russian Hill, which was rumored to be haunted. As a dramatic gesture, Hartmann had ordered a fire to be kindled outside the house to coincide with the fire in the play's second act. Unfortunately the fire got out of control and nearly destroyed the mansion and the audience within. When the police arrived they arrested Hartmann once again and ordered him to give no more public performances.

A short time later, Hartmann and a friend went rowing on the San Francisco Bay. Hartmann was much more of an artist than an athlete and he soon found himself being swept through the Golden Gate. It is unclear how long he was lost at sea. He claimed it was thirty days, others suggest it was far fewer. In any case, a United States battleship came to his rescue and brought him back to the City. 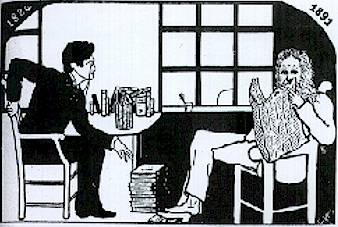 A Conversation with Walt Whitman, 1895

Rowing was not the only activity that Hartmann's artistic disposition precluded. He was notoriously adverse to labor. At one point during the height of the War, Hartmann, who refused to enlist or work for the war effort was brought before a county judge who ordered him to work in the Potrero shipyards. Hartmann simply sat on a rope coil and stared out at the Bay. This scarcely endeared him to the yard bosses. He was returned to the judge and threatened with prison, but somehow managed to talk his way into to giving public lectures in art as his contribution to the effort.

In 1919 Hartmann gave one of his final San Francisco performances. It was at the Paul Elder Gallery on Post Street. The performance was a symphony of smells--a concert of perfumes. This show soon became famous throughout the art world, and is still cited as an important part of the history of performance art.

A few years later Hollywood took notice of Hartmann He was invited to star in Douglas Fairbank's "The Thief of Baghdad." Sadakichi Hartmann was no more cooperative with the Hollywood establishment than he had been anywhere else. His eccentricities and difficulties drove the producers mad, and he was far too sensitive to act under such pressure. He soon left Hollywood and no one was sorry to see him go.

Hartmann then gradually faded from the art scene. He moved north to Banning, California and was seldom heard from. He did have one companion, a drinking buddy from his Hollywood days, the legendary John Barrymore. Sadakichi Hartmann died in Florida on November 22, 1944. He was 78.

—Based on the account in Samuel Dicksons "Tales of San Francisco" (Stanford University Press, 1983)