Rebuilding the Palace of Fine Arts 1966 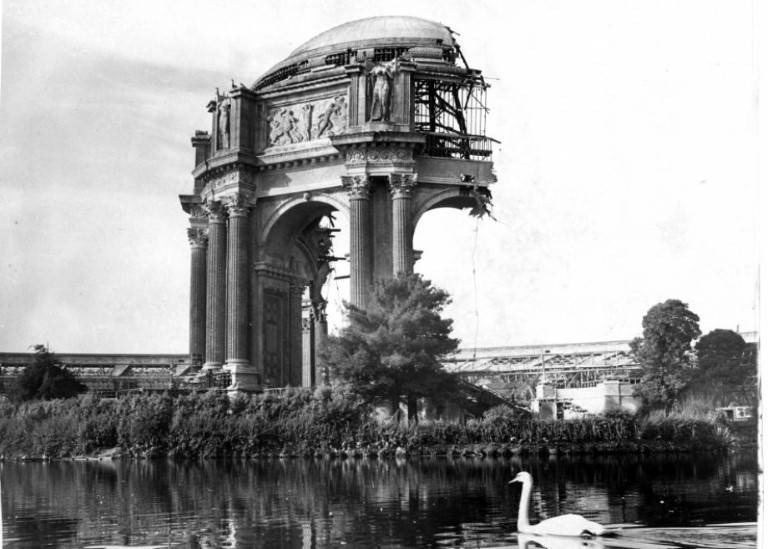 At ten o’clock they called us all down from the scaffolds where we were finishing the tops of the columns of the Pantheon. All was ready for the next stage–arches and the first valance of the great dome. To duplicate in concrete the shapes of the original Maybeck design, a crew of plasterers & carpenters had worked for months on the huge forms.

We gathered in the covered building that was for years the Exploratorium, to help get the first form out into the yard where the crane could attach & lift it. It weighed many tons, in an awkward, trapezoidal shape. No combination of forklifts or dollies was thought possible to make a safe carry, so…they took us back to a time before tools. Fifty of us ranged evenly around the form, waiting for commands–dusty men in ragged white overalls, hard-hatted in the old style resembling World War One helmets. Putting on gloves, testing the grip edge, preparing as if it were a track & field event. The initial swagger of the field carpenters damping down to admiration for what the ‘inside’ crew has built. 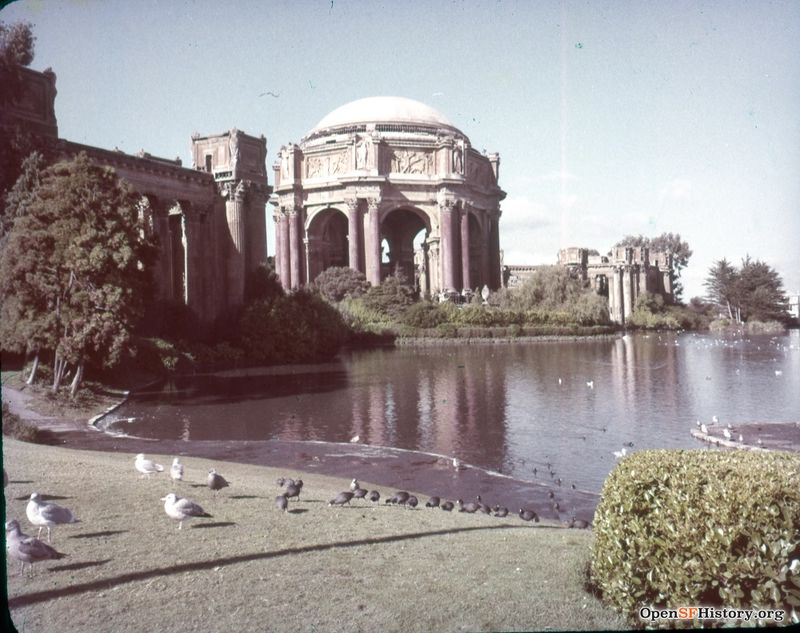 Palace of Fine Arts, circa 1962, just before demolition and rebuilding.

Howard, the Foreman, got our attention. On my say-so, you’ll all lift at once. If we get it up to our waists, then let’s set it back down slowly. This is just to get the feel of it. Then he said LIFT—everyone grunted and strained…and nothing happened. It felt as if you could never budge it. Howard said to keep an even strain, not a jerk, and after a few seconds we felt it slowly rising. An eerie thing. It seemed to take all one’s strength, everyone’s, to break the inertia. But once it began to rise, it felt light enough to throw. Howard asked us how we were doing. Everyone said fine. Said let’s go! And he thought and then agreed: All right! So… you have to walk at the same pace…take small steps.

And then, another sensation of the Many Tons. At first we could not move. I tried to step but the Form was staying put. I had to step back again, then strain against it as if shoving an elephant into her stall. But then there was that Shift as the current of our strain woke the monster…and we each managed to take a first step, in extreme slow motion. Now the Form seemed to want to move. It accelerated a little, and one felt as if one had no choice now about the speed. Howard yelled out to keep an even strain. Men in front were pulling, and on the sides they were walking in an angled fashion…and it seemed all at once like the most exhilarating thing that ever happened to you! Like being gods, or dreamers in unison! A nervy camaraderie pulsed around the rim in our grip. For me, a moment of reverie: this is something to always remember. What people can do in union! The Shakers, the Egyptians, harvests….

I think everyone was euphoric like that for a bit, and our momentum had increased until it was that of a serious hiker. Howard warned us that the turn coming up would mean the pivoting side should slow down. We all tried to gauge what that would mean for our own effort…but there was no way to command it, and we were having that same problem of inertia…we could not make the thing slow down or turn. It was going too far in the original track; we could see that the radius of the turn because of the great size of the form was already being exceeded. 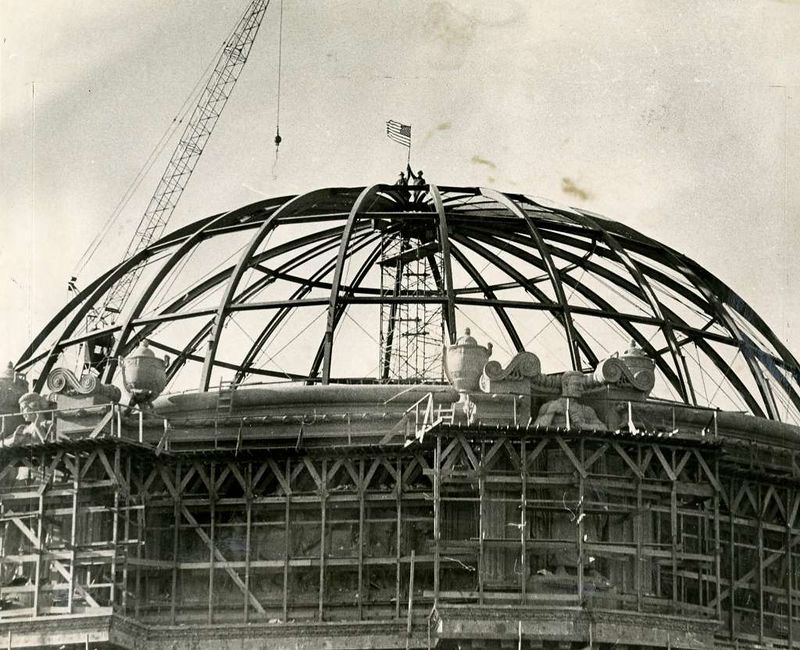 I was straining with all my heart against the direction with no effect. Then there were some frightened yells as the men closer to the doorway began to think they might be crushed. Howard ran along the left side urging us to push harder. Someone on the far side had fallen as the speed changed, and then there was a near panic as that edge began to dip down…until some slid over to cover.

At last, the turn achieved its own momentum. The edge farthest from the pivoting zone was really picking up speed. The pivoters were almost standing still and the outer edge was moving as fast as a man could run…and run they did, one leaping clear as the form’s edge grazed the door walls, and all of us had a rush of dread as if seeing the iceberg scrape alongside our Titanic. The magical communal energy had ‘gone too far’; some of us were about to get mangled. Our fate was sealed as a team…abandoning the Form meant a lurching crash.The last ones holding on would die….I already felt the test coming over me; I was nearing the end of my stamina at this intensity of strain. It felt like my muscles would pop or rip and they were screaming at me to stop.

There was a staccato din of shouts to HOLD ON! And…we did in fact hold on…the turn finally slowed itself, we passed out into daylight, and Howard ordered us to come to a full stop. Helpers came to arrange the lagging under the form, and we stood speechless, grinning across at each other in the exhilaration and relief. The barehanded, natural childbirth mass movement…had made it out the gate. We set it down and floated up to the scaffolds of the Pantheon…and back to work. 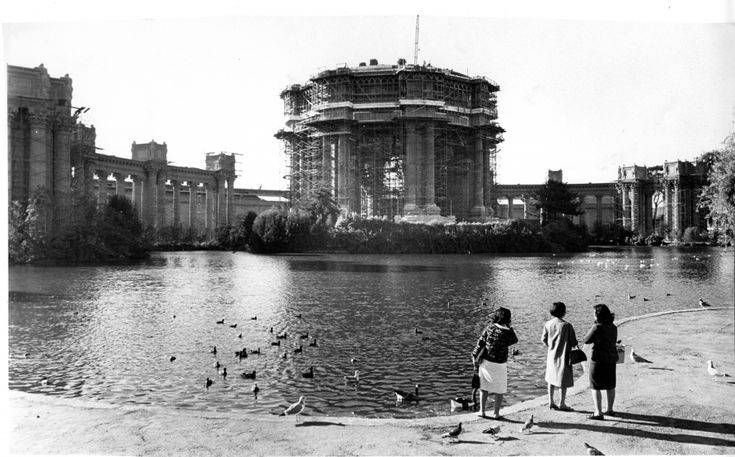