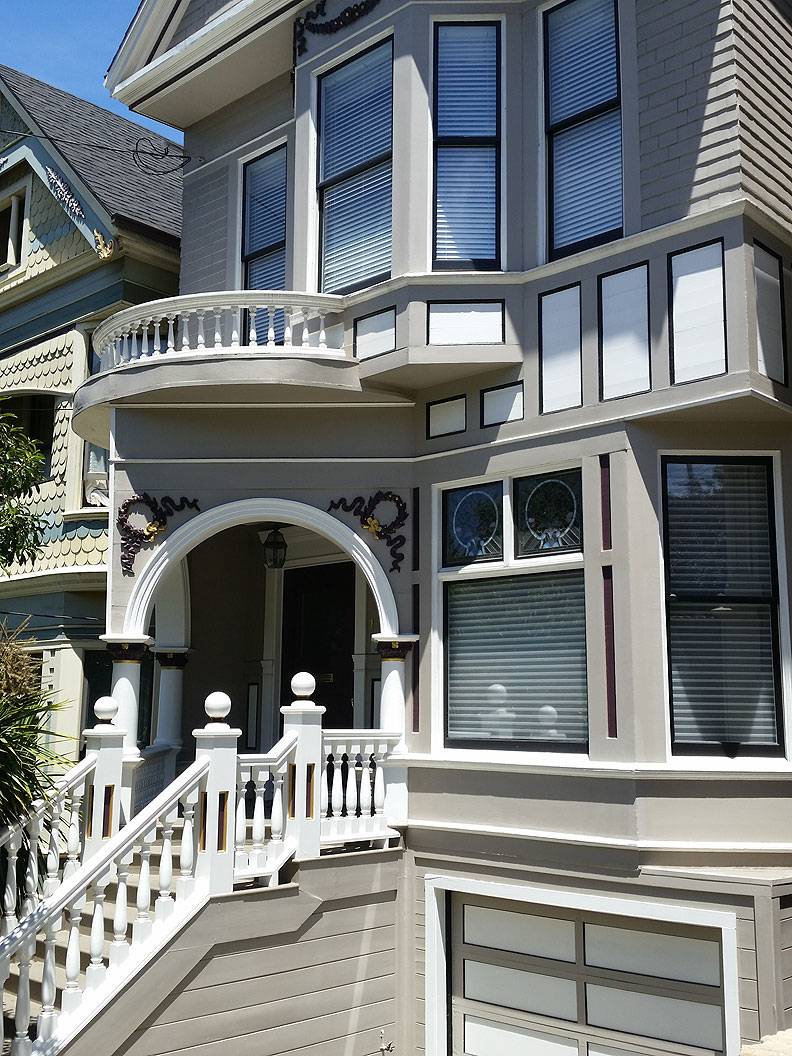 Janis Joplin lived here at 112 Lyon, between Page and Oak.

Janis Joplin lived here at the height of her career. As Myra Friedman puts it in Buried Alive: The Biography of Janis Joplin:

Janis's Lyon Street apartment had a quaintly curved balcony that soaked up the rays of the afternoon sun ... A tiny kitchen jagged off to one side of a long entry hall, and in the back was Janis's bedroom, all dark and draped with the emblems of seduction, the final enrichment to Janis's image. Velvet and satin swathed her bed; her windows were veiled with lace and silk.

With her sexual appetite matched only by her thirst for Southern Comfort, Janis's boudoir must have been put to very good use. 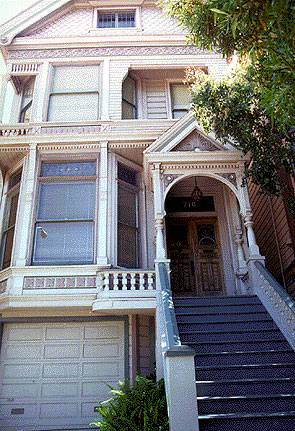 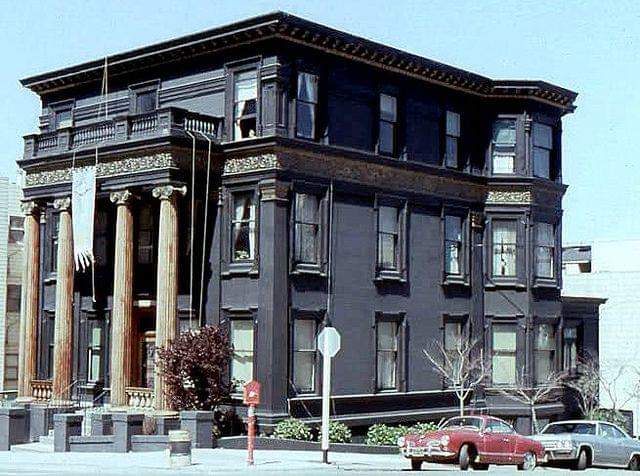 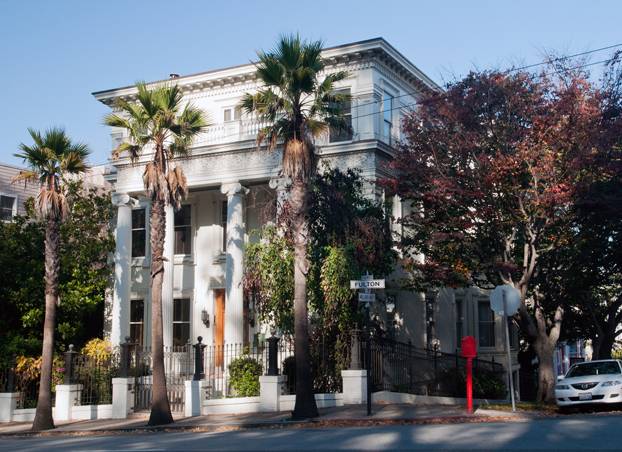