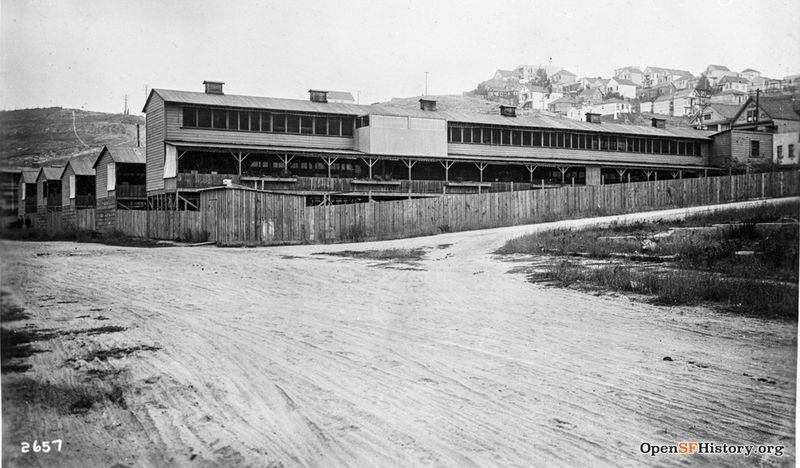 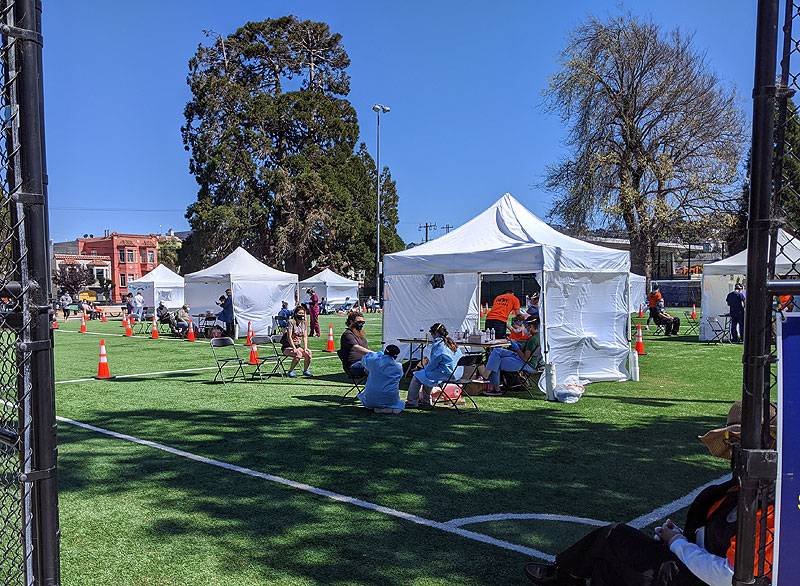 Nothing bolsters the power of a state like a public health emergency. The whole notion of public health, taken to its logical conclusion, is at odds with bedrock principles of American economics and ruling class entitlement. In his Pulitzer Prize-winning The Social Transformation of American Medicine: The Rise of a Sovereign Profession & The Making of a Vast Industry (Basic Books, 2017) Paul Starr goes back a century to dredge up an early—and comprehensive—definition of public health. It shows that an expansive sense of public health directly challenges the prerogatives of power and wealth:

In 1920, Charles Edward Amory Winslow, professor of public health at Yale, defined public health as “the science and art of preventing disease, prolonging life, and promoting physical health and efficiency through organized community efforts for the sanitation of the environment, the control of community infections, the education of the individual in principles of personal hygiene, the organization of medical and nursing service for the early diagnosis and preventive treatment of disease, and the development of the social machinery which will ensure to every individual in the community a standard of living adequate for the maintenance of health.” So broad—and downright subversive—a conception, if taken seriously, is an invitation to conflict. Public health cannot make all these activities its own without, sooner or later, violating private beliefs or private property or the prerogatives of other institutions. Much of the record of public health is a record of struggles over the limits of its mandate. (p. 180)

It’s pretty clear that if you wanted to seriously address issues of public health, you’d have to go considerably beyond the narrow epidemiological facts of a given bacteria or virus and address the full range of influences on human (and ecological) well-being. Peter Linebaugh usefully distinguishes between microparasites such as viruses, and macroparasites such as corporations and ruling classes. “The macroparasite attacks by grinding its hosts into poverty, malnutrition, and destruction of pith and marrow. The immune system is defeated by over-work and extraction of increasing surplus-value.” (Lizard Talk, p. 24) Poverty has always been a breeding ground for chronic and severe disease. But condescending attitudes toward the poor went hand in hand with the rapacious economics of the Gilded Era. Doctors, seeking to establish their credibility and usefulness for the monied, promulgated absurd (but remarkably persistent) attitudes toward poverty.

In City of Plagues Susan Craddock covers the history of epidemic disease in San Francisco from about 1860-1940. Through most of the 19th century, before germ theory was understood, public health focused on environmental causes, blaming standing sewage and swamps for “miasmas” that were thought to carry disease. But the preponderant cause of disease was held to be the victims themselves, due to their poverty and degraded state. Craddock explains, “The worthy poor were generally perceived as industrious and moral individuals who met their penury through disease, a death in the family, or some other unfortunate external accident beyond their control. The unworthy poor were the aggregate mass whose poverty was a natural extension of their depravity and whose existence was nothing more than an open wound on the surface of the urban social body.” She shows how poor people were harshly pathologized in 19th century San Francisco (as they were across the United States), getting blamed for getting sick (since their poverty was a result of their poor character, not an unequal social division of wealth). After several decades of public health campaigns to clean up sewage and dirty water, the germ theory arrival at the turn of the 20th century allowed medical practitioners to refocus their efforts on individuals and their behavior.

In 1876 a second smallpox epidemic hit San Francisco (larger than an earlier one in 1868). Between May 19, 1876 and July 1, 1877, almost one out of three of the 1,646 diagnosed smallpox victims died. But during the same time period, nearly twice as many died from a simultaneous diphtheria epidemic that took 900 lives, mostly children. It was a tough time to have kids in San Francisco, with infant mortality averaging one out of five in 1869.

Typhoid fever, scarlet fever, diphtheria, and other diseases continued to haunt San Francisco throughout the 19th century, even as open sewers and obstructed drains were slowly replaced with more up-to-date facilities. By the time of the big earthquake and fire of 1906, there were only 7 cases of typhoid, but a little more than a year later according to the Municipal Reports, typhoid had exploded, and there were nearly 1300 cases and over 200 deaths.

San Francisco’s white workers directed their frustration and racist wrath at the Chinese almost from the beginnings of statehood in 1850, and recurring smallpox, tuberculosis, syphilis, diphtheria, and other disease outbreaks were repeatedly blamed on Chinese. Public health officials took advantage of this prevailing logic to invade Chinatown repeatedly on missions to “clean it up,” leading most dramatically between March and October 1903 to the destruction of 160 buildings and the eviction of 70 more in the small neighborhood during a bubonic plague eruption. No studies were ever done on the health effects of repeated use of chlorinated lime, carbolic acid, bichloride of mercury, and other noxious substances during these “clean-up” campaigns.

After the 1906 earthquake, the devastated city was overrun by hundreds of thousands of rats, and it was finally understood that fleas on rats were the source of bubonic plague. Chinatown, was one of only three districts that did not have a plague problem since the neighborhood had already been rebuilt and sanitized. The rest of the City went on a rat-killing frenzy, and also began pouring cement where wooden floorboards had been in basements and back yards. Dr. Rupert Blue, the city’s Health Commissioner, said, “The disease [was being] built out of existence. This is the hope of San Francisco and in time that city will be one block of concrete throughout.” It was this same post-quake campaign that led to the removal of chicken coops, horse stables, and all domestic livestock from San Francisco. A decade later, the 1918 flu ripped through San Francisco twice, even inspiring a public revolt against wearing masks, before being largely forgotten until Covid-19 refreshed our memories. 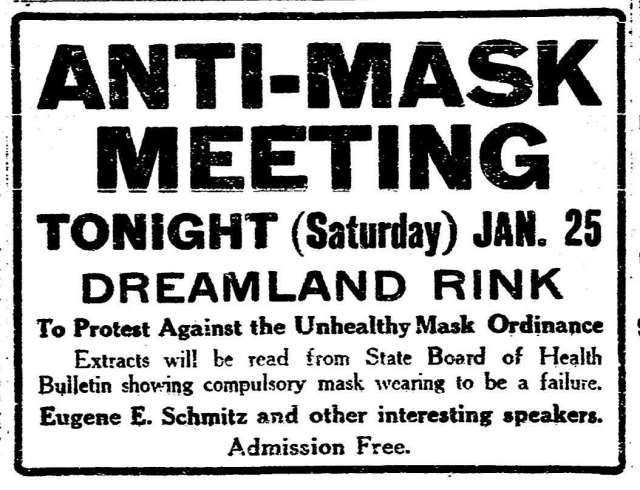 Advertisement as it appeared in the San Francisco Chronicle November 1918. 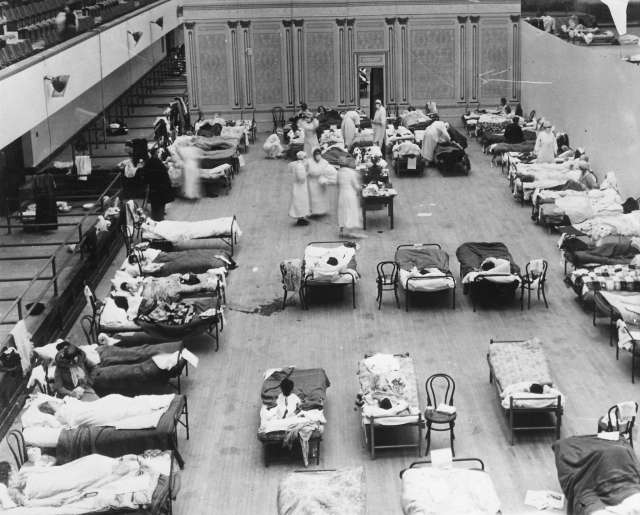 San Francisco’s city government during the late 19th and early 20th centuries was notoriously stingy, and generally refused to tax its citizens to pay for common necessities, like sewage and fresh water which were frequently unavailable in areas South of Market. Municipal Reports in 1880 and 1895 decried the accumulations of garbage in back yards, open pits of sewage, lack of potable water, and other well known health hazards in the working class district “south of the slot.” The City government, though it did establish a Public Health Authority in 1870, did not fund any serious program to address ongoing health crises. Smallpox epidemics in the 1860s and 1870s were blamed on the Chinese and their alleged lack of hygiene. Similarly syphilis was blamed on Chinese prostitutes even though the disease was globally rampant by the late 19th century.

Notably, tuberculosis was one of the leading causes of early death from the 1860s until the antibiotic streptomycin was developed in the 1940s. But it wasn’t until 1909 that San Francisco’s private Tuberculosis Association set up its first free public tuberculosis clinic on the slopes of Telegraph Hill, which neighbors vociferously objected to, demanding that at least the word “tuberculosis” be removed from the sign over the entrance. More clinics were opened in the South of Market and the Mission, until the City finally built a special area behind the County Hospital (now General) on Vermont and 22nd to house the tubercular. In most American cities African Americans died from tuberculosis at rates three times that of the white population, but according to a WPA study in 1937, in San Francisco black people died five times more often than whites from tuberculosis in San Francisco during the early 20th century.

As late as the early 1930s the City only employed nine field nurses to handle over 10,000 annual home visits to tuberculosis sufferers in town, and only thirty general public health nurses. These low numbers of nurses made it difficult to identify all the people who were sick, which in turn reinforced the pecuniary approach of the City government. As Susan Craddock notes,

Housing, workplace conditions, length of workday, and wage levels were consciously left out of the fold of medical or public health authority even though they were known to play roles in tuberculosis rates. The 1930 recommendations of the committee surveying San Francisco’s public health program reflect what in effect have become institutionalized standards of public health policy: continued efforts at case tracing and reporting; more funds to extend nursing personnel; better methods of record-keeping for comparative statistical data; and the development of educational outreach to vulnerable populations.

These 1930 recommendations are remarkably close to what is being proposed to address the Covid-19 pandemic as the shelter-in-place and social distancing orders are slowly relaxed. San Francisco, of course, had a lot of experience with rampant epidemic disease when it was for a time ground zero for the AIDS/HIV epidemic of the 1980s and 1990s. Between the rise of feminist self-help health care in the late 1960s/early 1970s, and the rise of militant patient advocacy during the AIDS crisis, San Francisco’s public health services altered practices for the better. Tens of thousands of San Franciscans perished in that epidemic before treatments were discovered, though a vaccine is still not available.

Things are quite different today of course. Between the paltry funding and blame-the-victim approach of public health in the earlier 20th century, and now, we have seen a massive increase in the local health care industry, both private and public. The hospital industry, and our public hospitals themselves have grown to enormous proportions. San Francisco General Hospital has a multi-billion dollar budget every year, and as the county hospital, takes all comers regardless of ability to pay. Health insurers and pharmaceutical and medical equipment companies have enjoyed decades of rapid growth in profits and size, while the U.S. remains the only modern country without a universal health care system. Tired of waiting, San Francisco was the first city in the country to pass a universal health care law to care for its citizens, “Healthy San Francisco,” which was relieved of a fair amount of its responsibilities when the Affordable Care Act was passed that created the subsidized Covered California health exchange market. San Francisco still has Healthy San Francisco though, and the willing self-isolation of San Francisco’s residents during the Covid-19 crisis, prevented the public health system from being overwhelmed.

A robust public health system combined with a highly responsible and informed citizenry has prevented San Francisco from being overrun by the pandemic so far. But in a frustrating echo of the harsh past, infection rates are rising most rapidly among the undocumented and the homeless, both populations suffering relative or extreme poverty, and lacking proper space in which to shelter, or resources to sustain any lengthy halt in their low-wage work. Though the Board of Supervisors authorized the renting of 8000 hotel rooms to house homeless people, Mayor Breed and her administration have been frustratingly slow to move people from the streets to hotels. This has sparked a series of protests by the Do No Harm Coalition and others, demanding a quick reversal of her inhumane policies, which seem to be focused on the preservation of class divisions more than on taking care of San Franciscans in need. 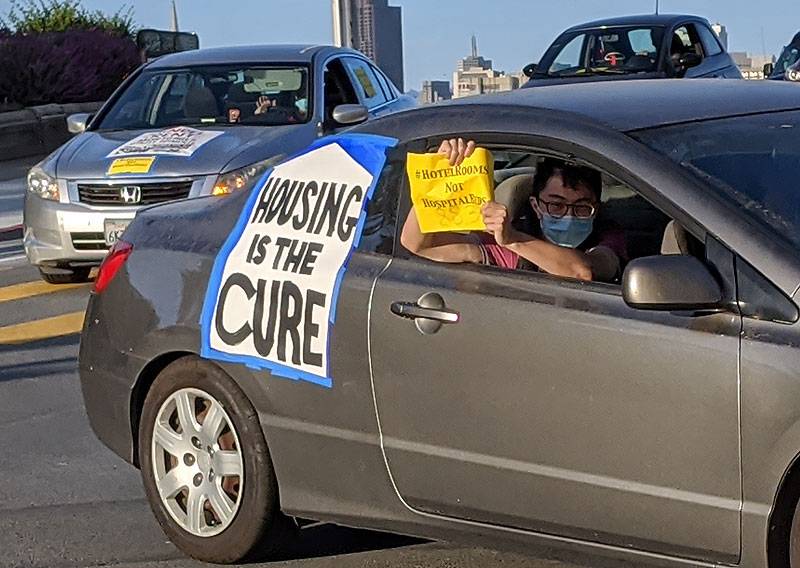 May 13, 2020 Do No Harm Coalition protesting Mayor Breed's foot-dragging on housing homeless people in thousands of empty hotel rooms.