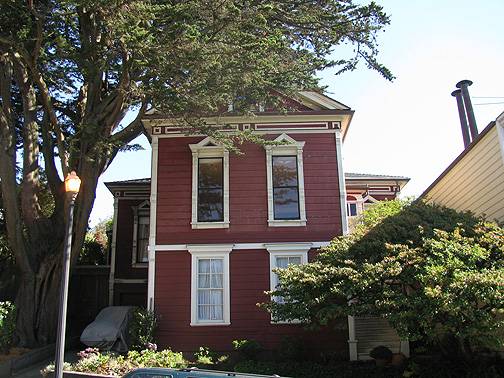 WALK RIGHT (WEST) ON PIEDMONT and you will pass the oldest building in the Haight. In 1870 Peter Schadt sold the land now bordered by Cole, Carl, Stanyan and Grattan streets to the Lange family who operated a pig farm at that location. When the Langes moved from Divisadero and Sutter to their new property they took with them everything including the family home. In 1888, the house was again moved to its present location at 11 Piedmont. It was occupied by the Lange daughter who purportedly chose this location to avoid the sand fleas in the flatlands below. The senior Langes built a new house which still stands at the southeast corner of Carl and Stanyan. 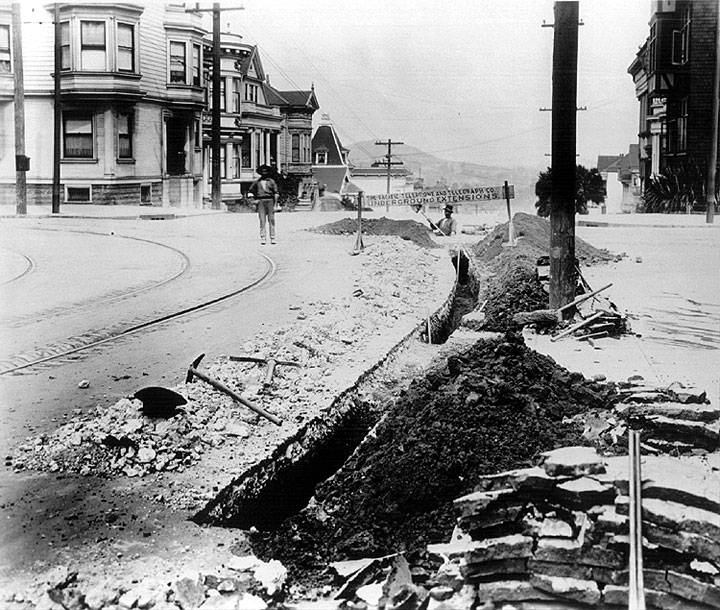