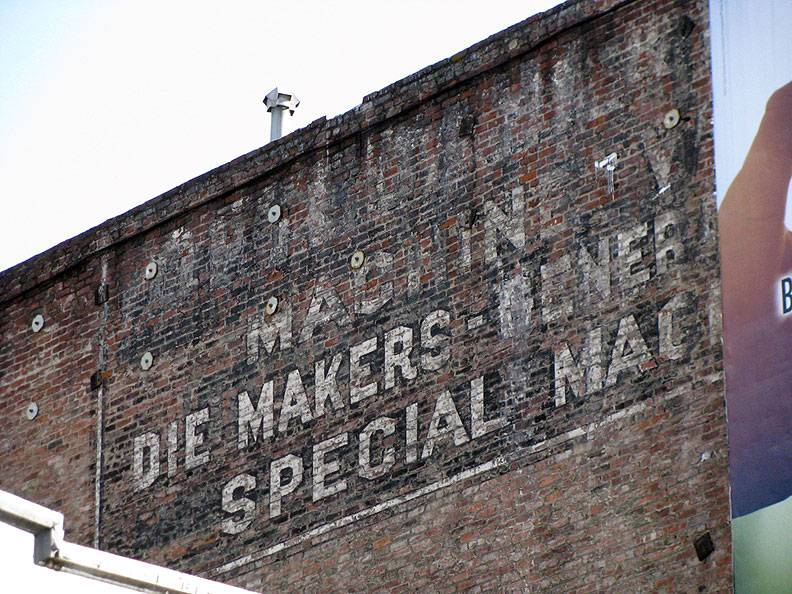 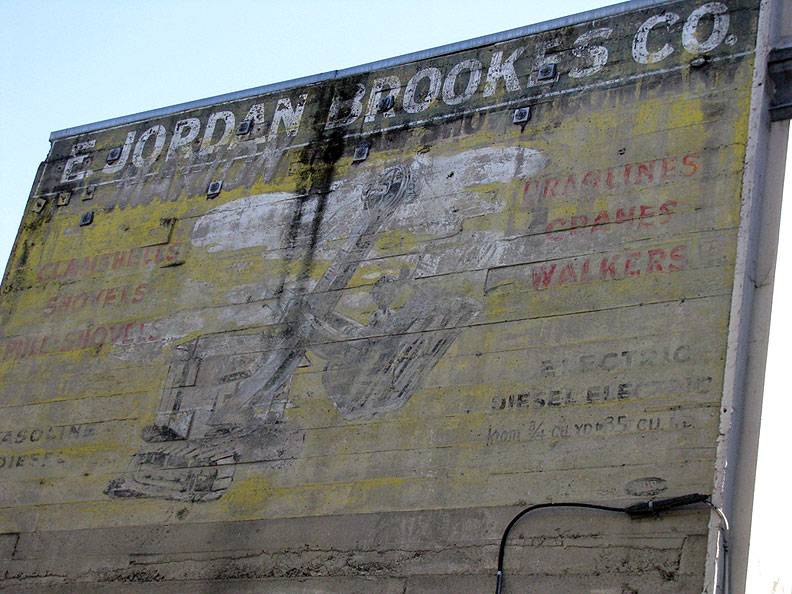 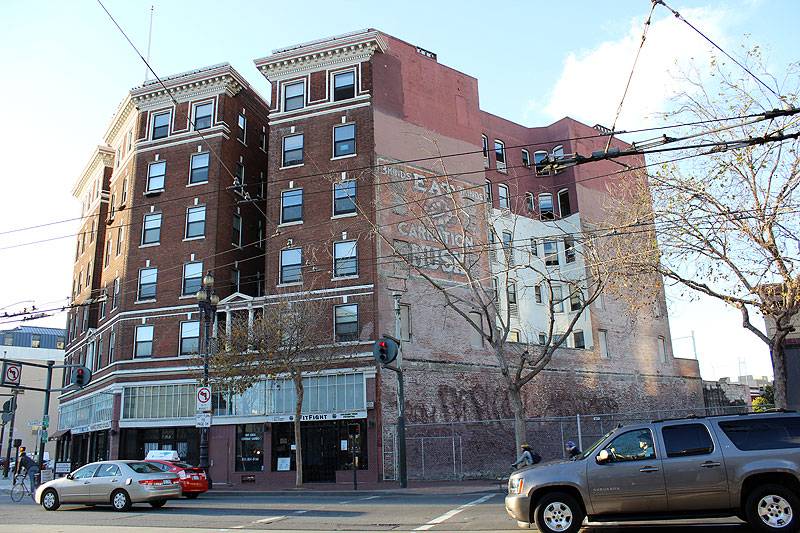 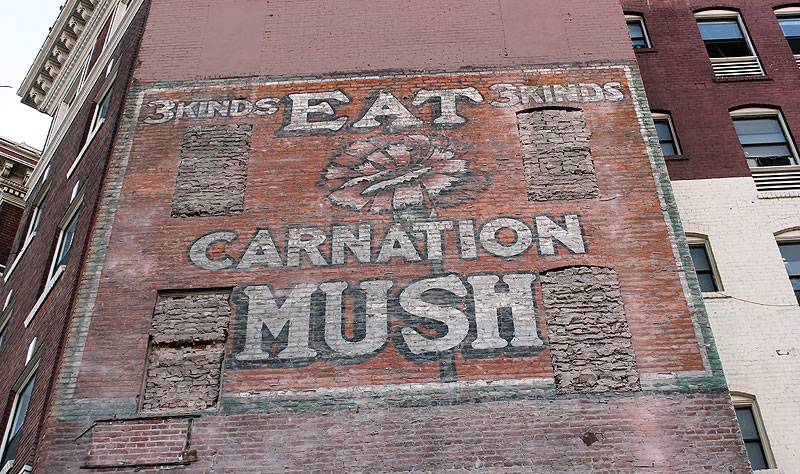 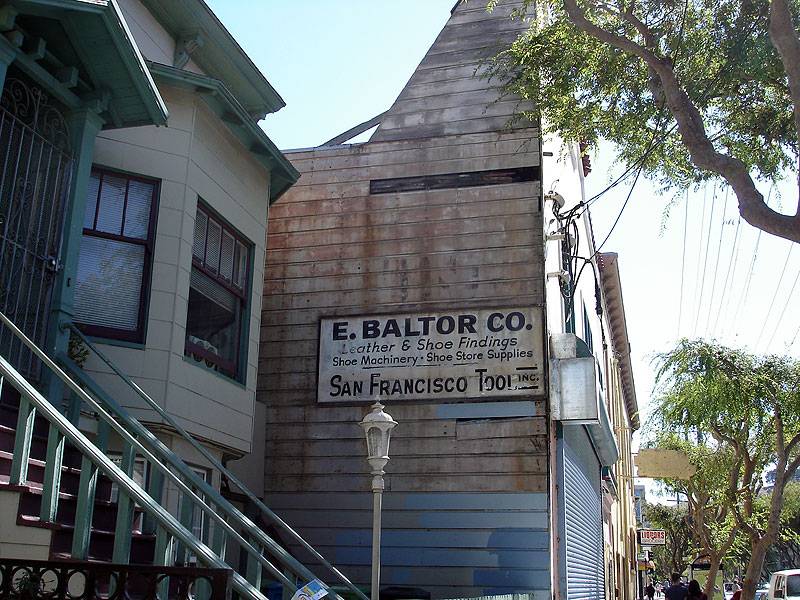 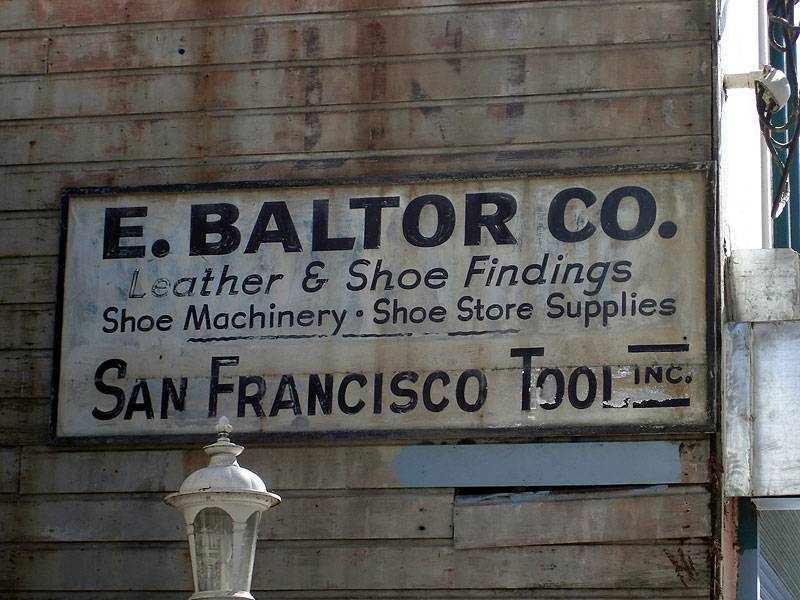 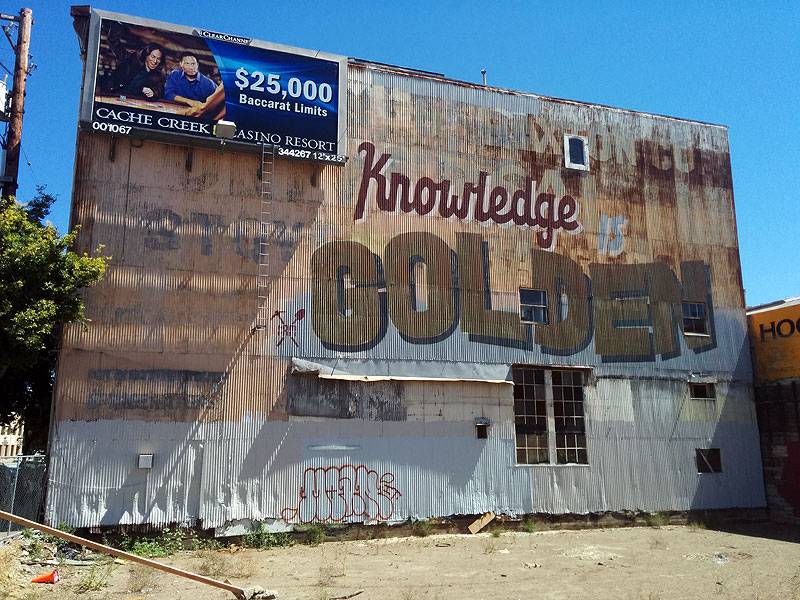 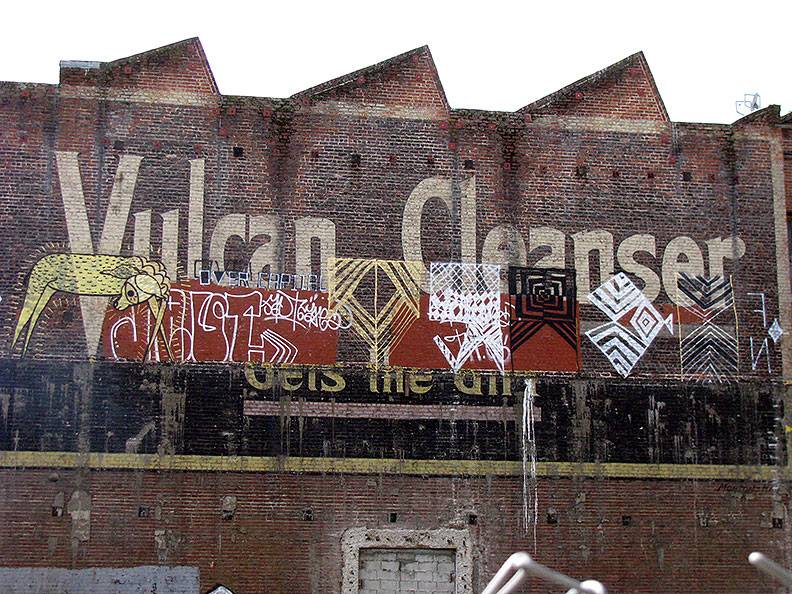 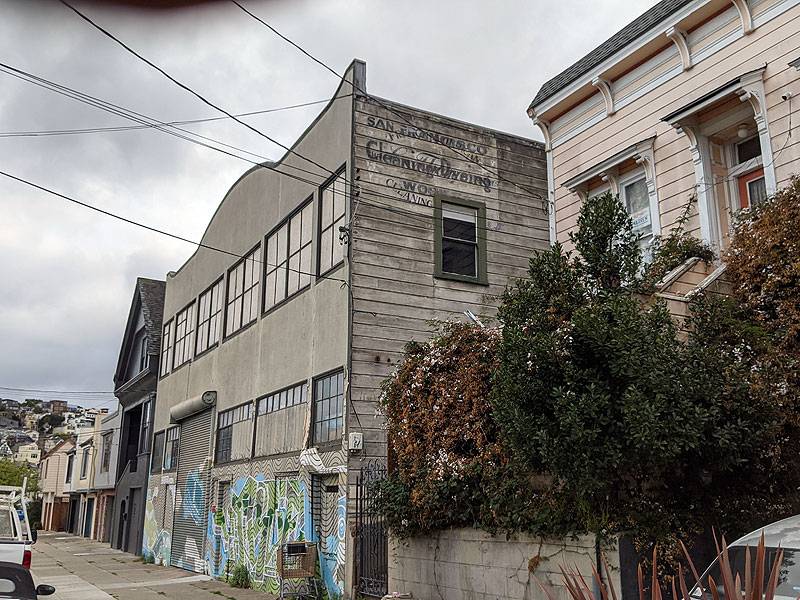 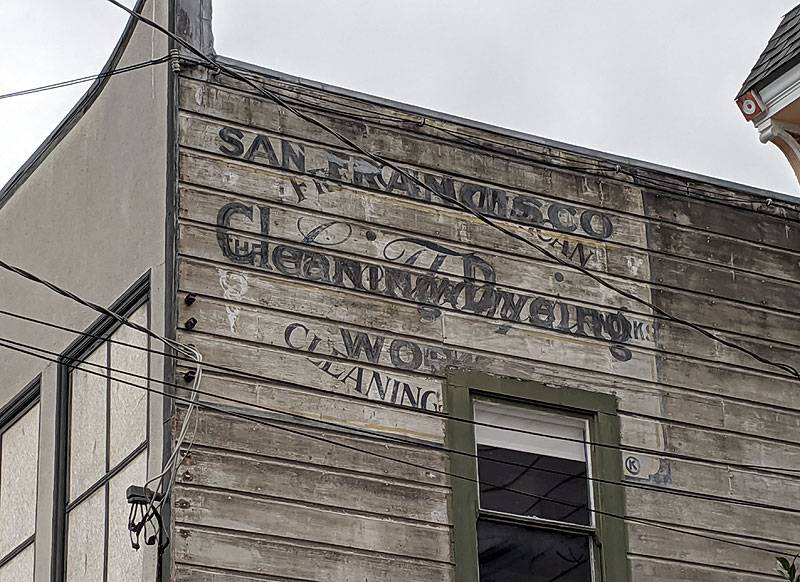 Old Cleaning and Dyeing sign on York Street near 25th. 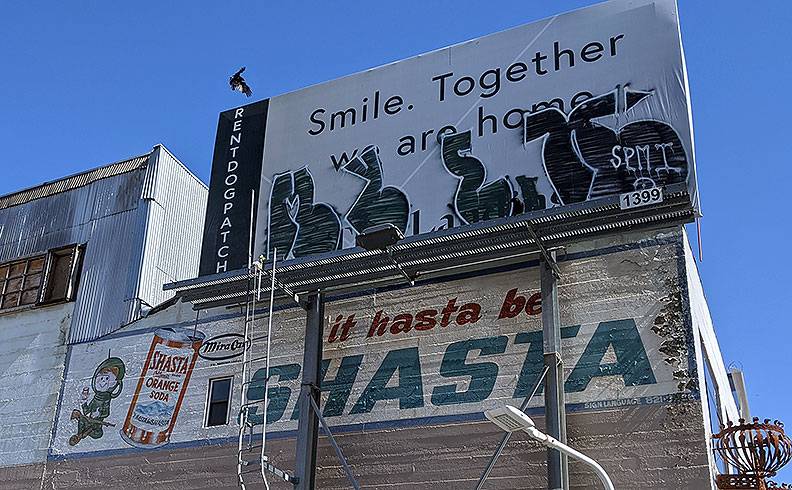 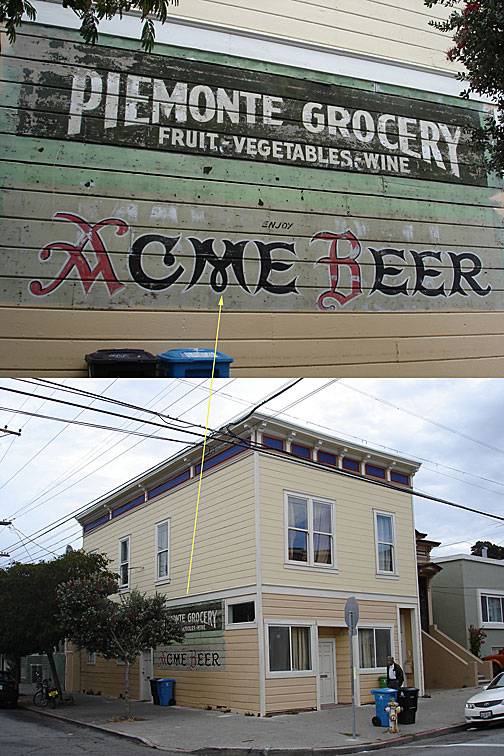 On York and 22nd, the Acme Beer sign is disappearing now (2020) under the tree's foliage, and the Piemonte grocery was painted out years ago.