An in-depth analysis of the decade 1901-1911 and the rise and fall of the Union Labor Party and the various mayors of this decade.

Former head of the Musicians' Union, Schmitz was the hand-picked candidate of the fledgling Union Labor Party, chosen by political boss Abe Ruef. Schmitz is best remembered for his leadership during the great earthquake and fire. Resigned under indictment in 1907, convicted, but overturned on appeal.

A corrupt supervisor under the control of prosecuting attorneys, he held office for one week until Taylor could be brought in. 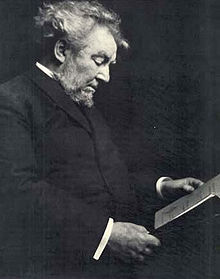 A distinguished professional, a physician and attorney, Taylor was dean of Hastings College of Law when appointed to succeed Supervisor Boxton, who in turn had served for one week after the resignation of Schmitz.

Head of the San Francisco Building Trades Council, McCarthy had supported the Union Labor Party and Mayor Schmitz, opposed the graft prosecutions, lost the mayoral election to Taylor in 1907, but managed to win by over 10,000 votes in the 1909 election, after public opinion had largely turned against the prosecutions. His election coincided with the election of URR-backed District Attorney Charles Fickert.