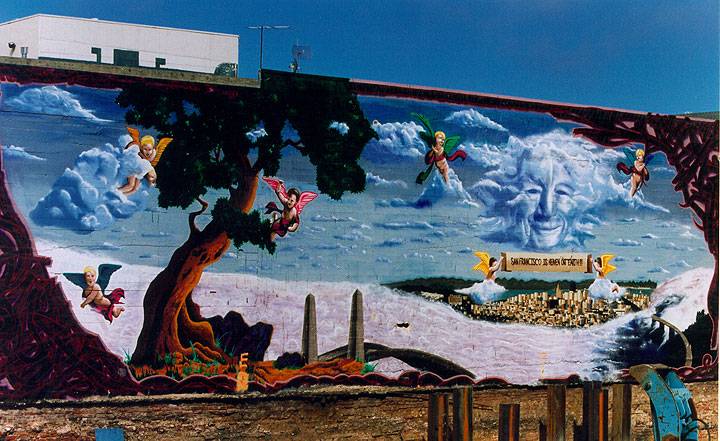 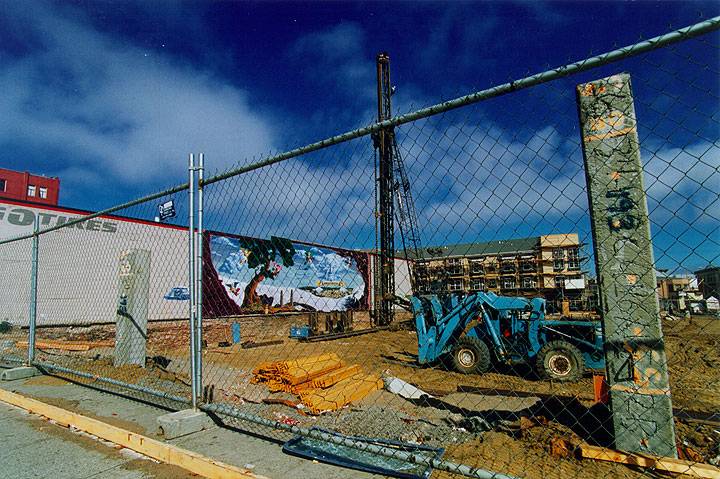 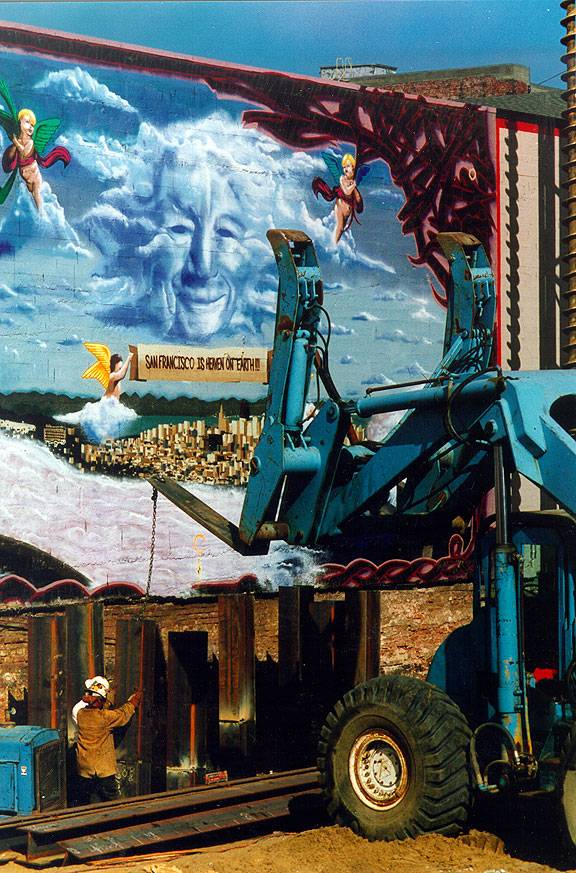 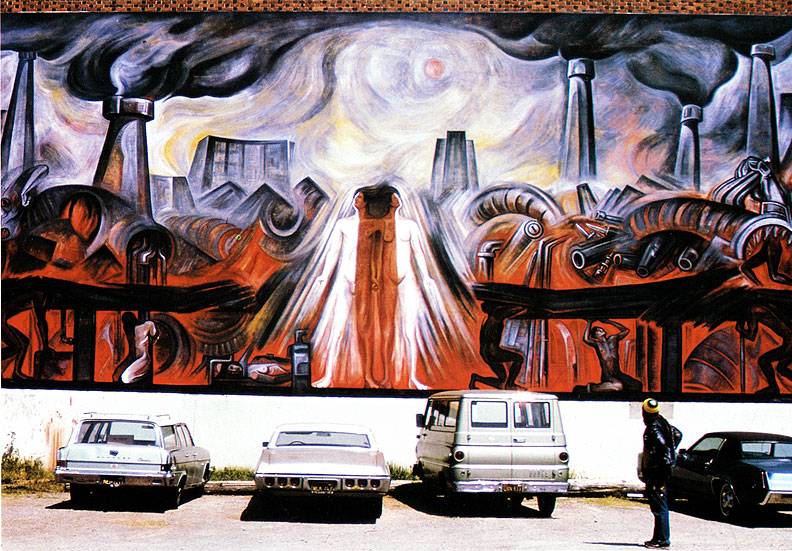 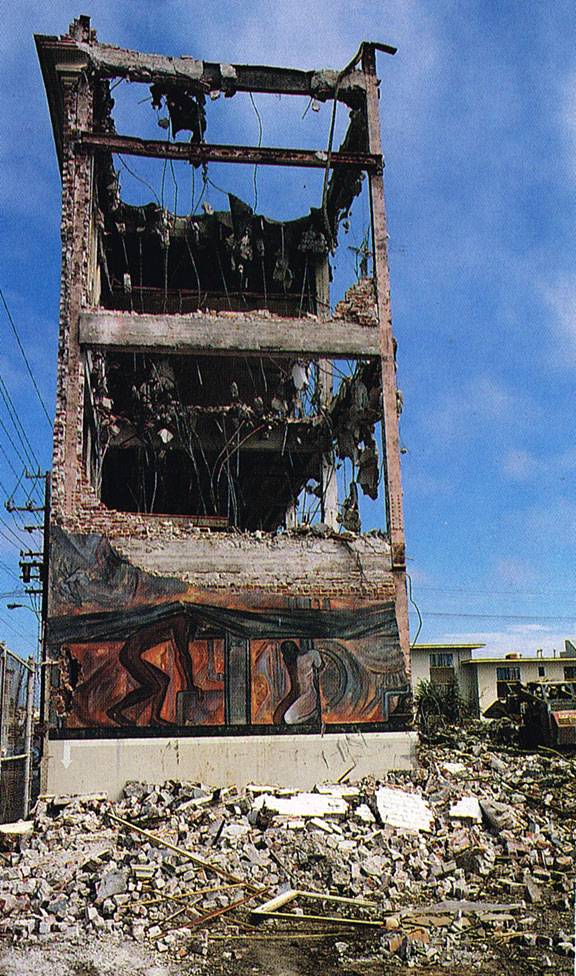 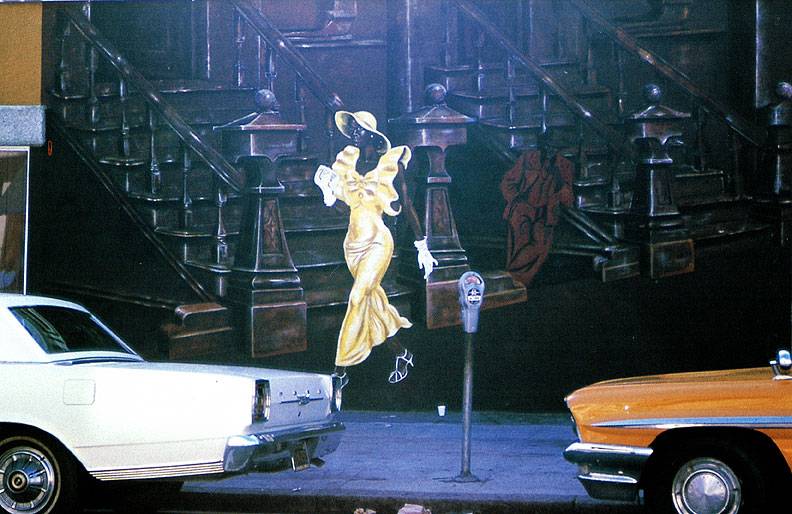 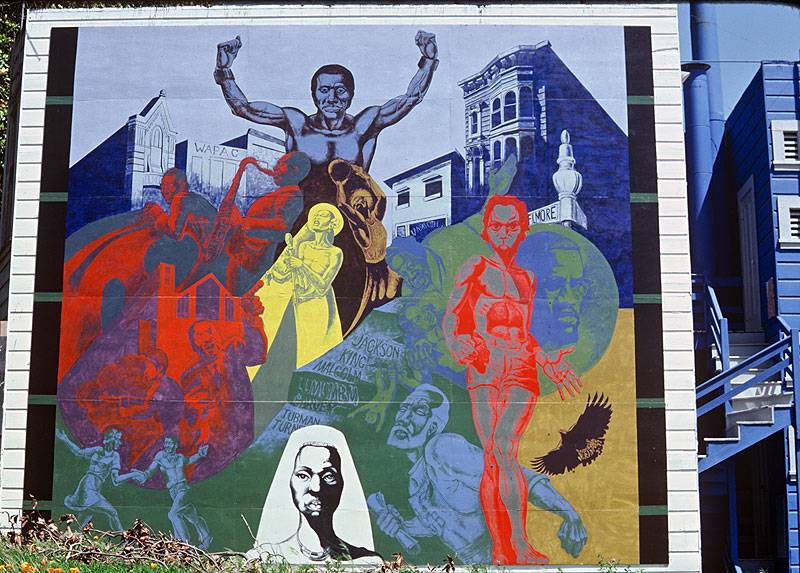 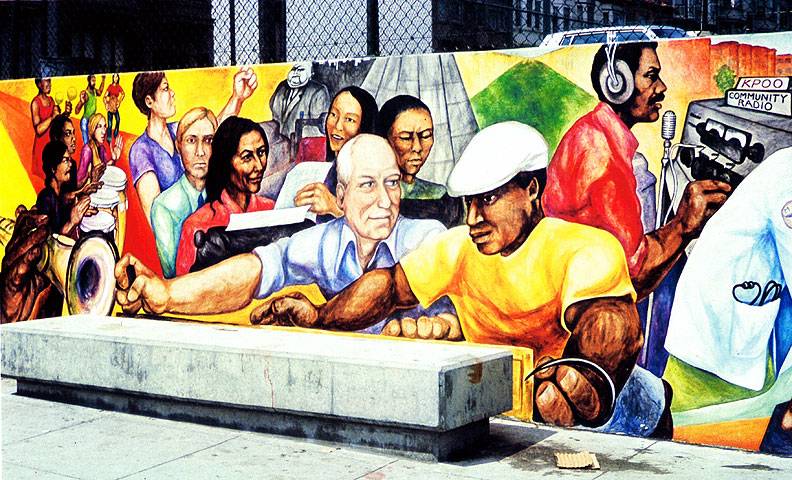 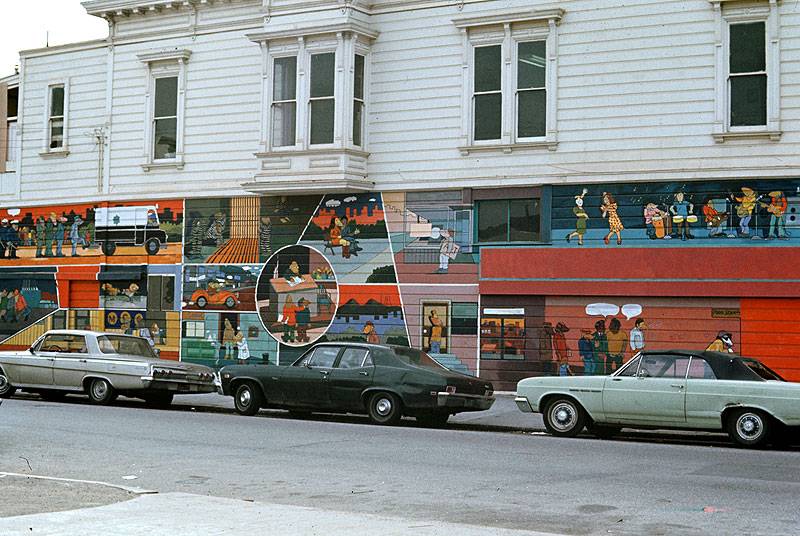 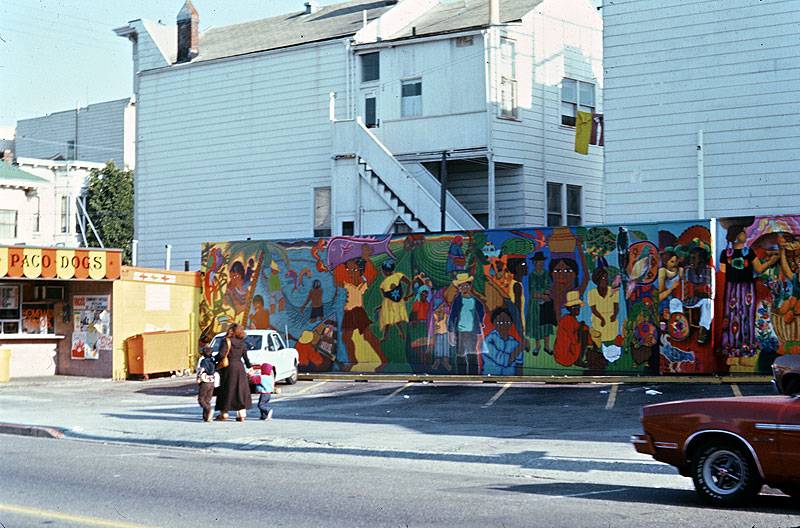 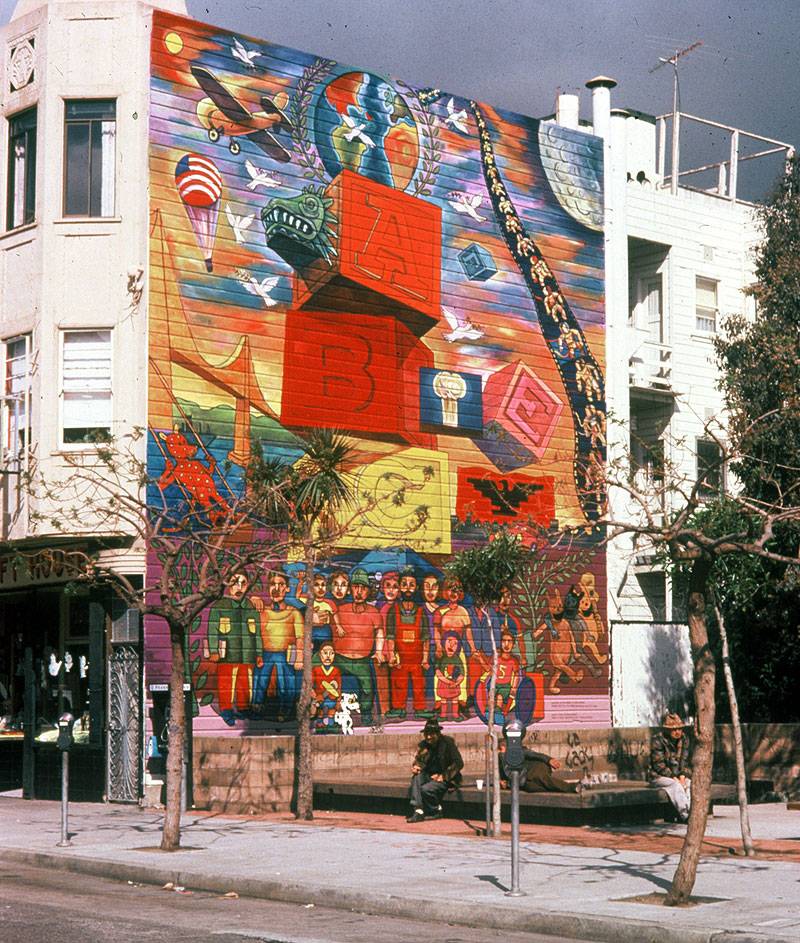 Minipark on 24th Street, site of an original cluster of murals painted by different artists, this one by Michael Rios in 1982. Most of the original art is now long-gone. 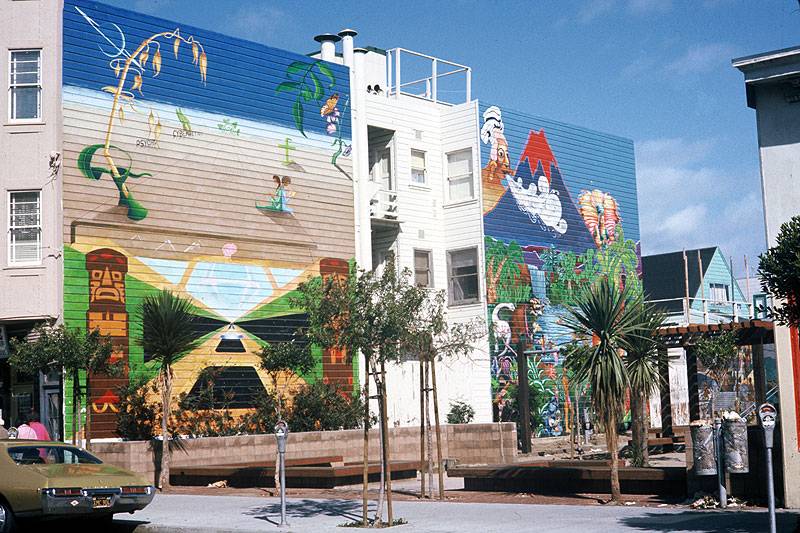 Even these Minipark murals, painted later, have themselves been superceded by later works. 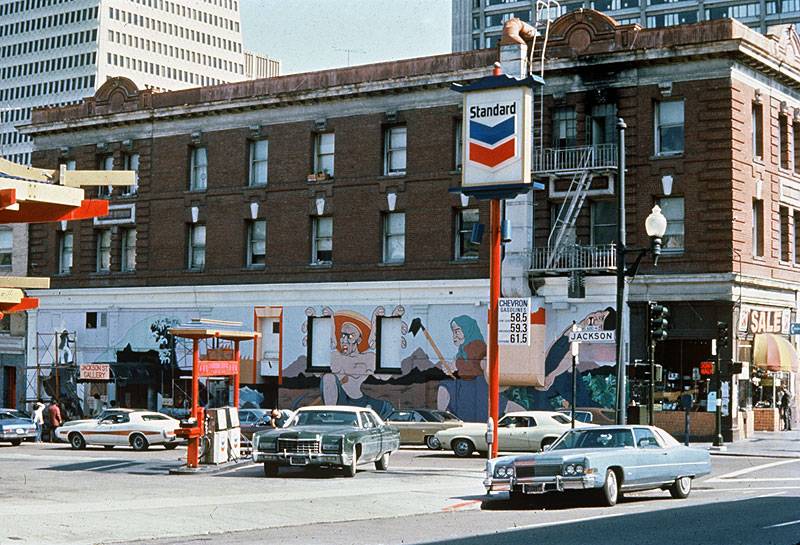 The iconic International Hotel or I-Hotel, was home to this mural by James Dong and Kearny Street Workshop before its 1978 destruction. 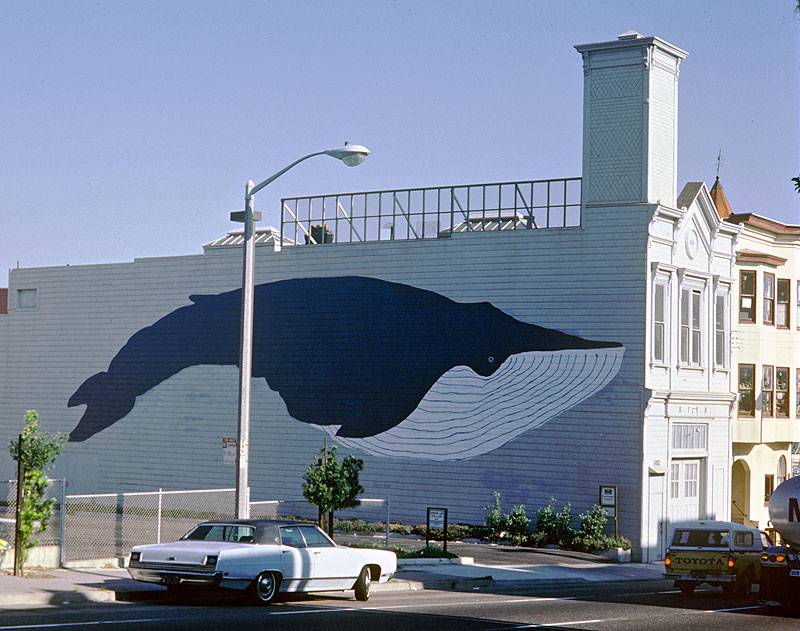 This whale by Kevin McCloskey on the side of an historic firehouse greeted Oak Street commuters for many years, before the Bank of America turned its Broderick Street branch bank and parking lot into a new supermarket topped by several floors of apartments in the 1990s. Is the whale still there?... 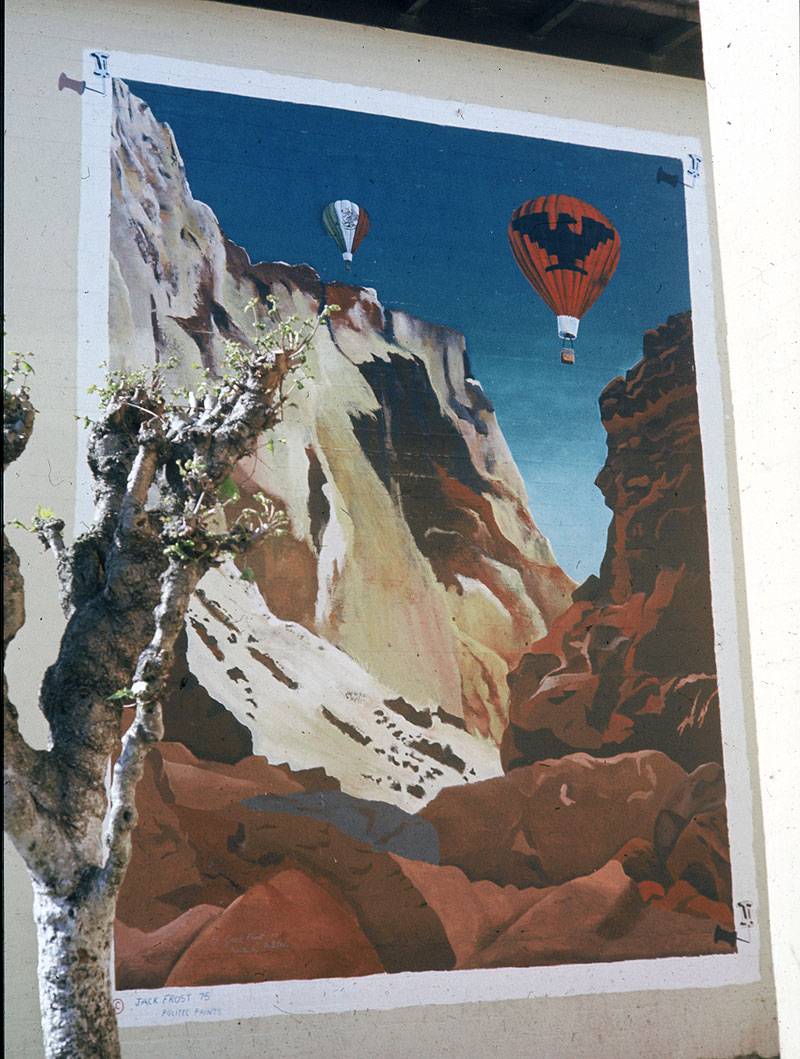 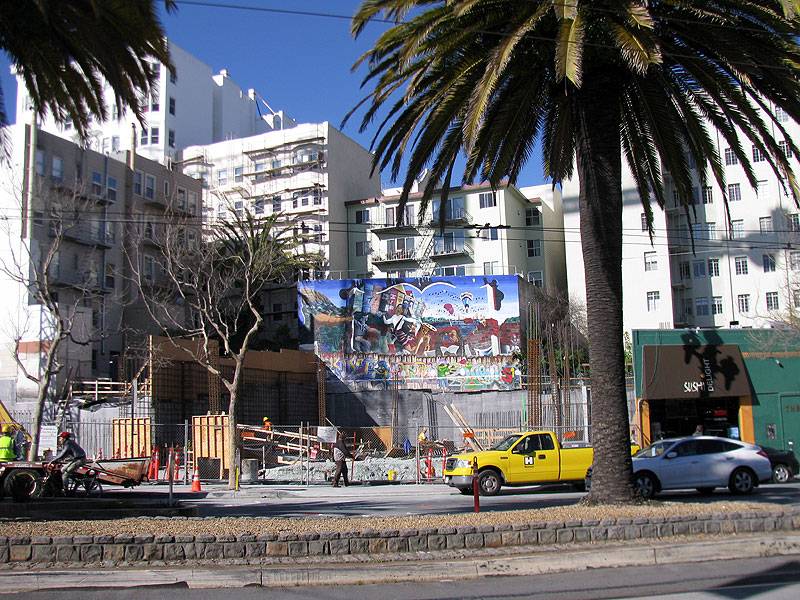 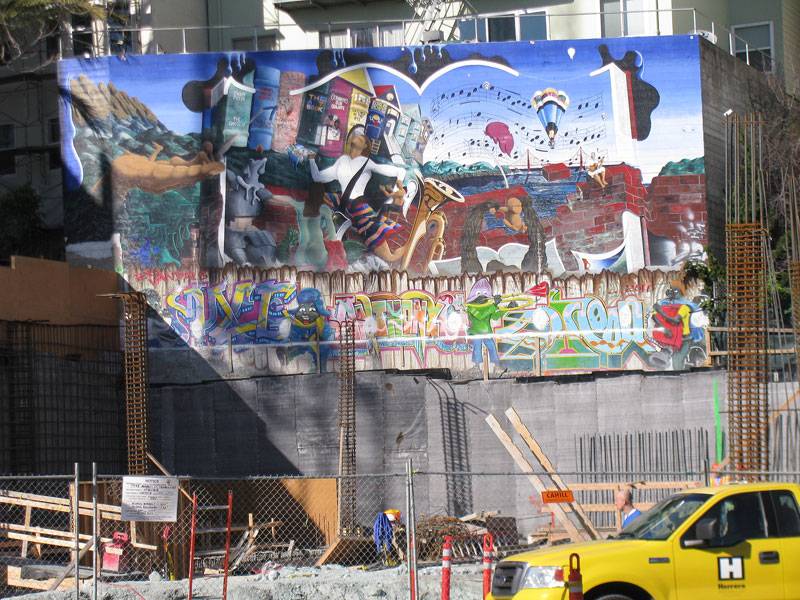 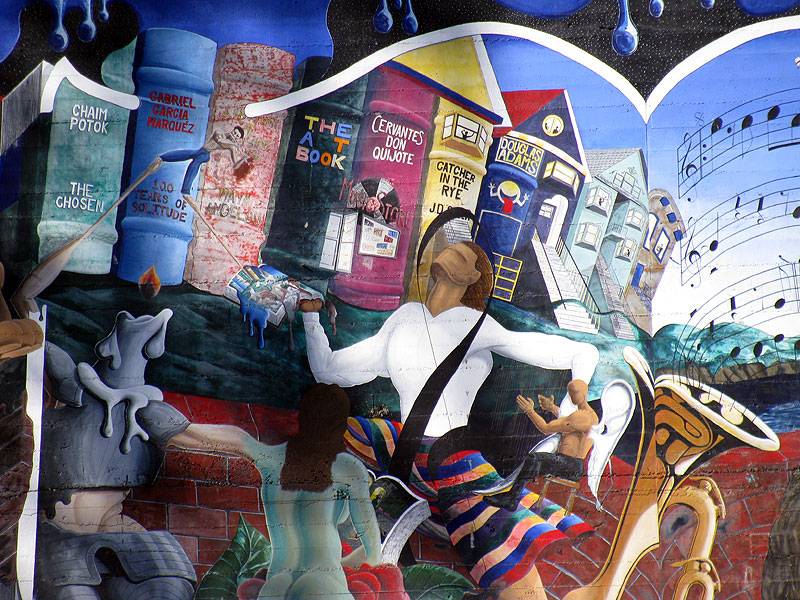 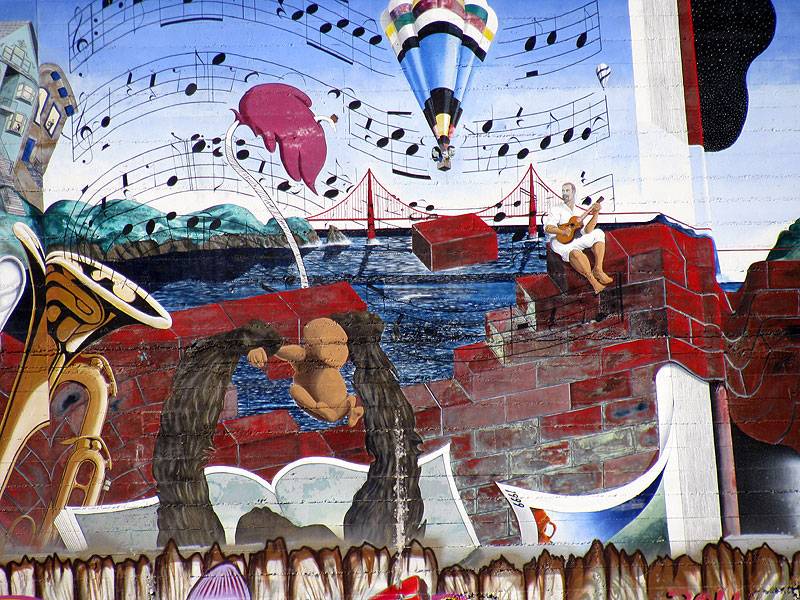 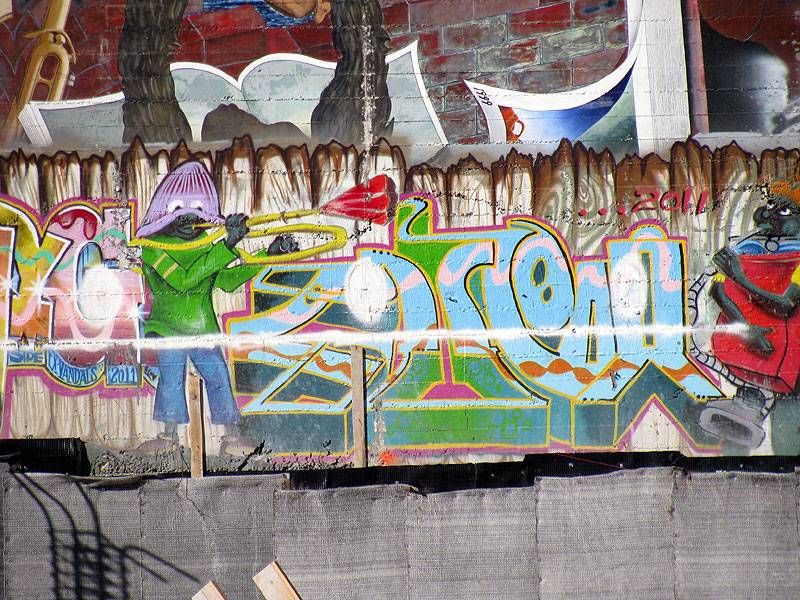 Local artist Andrew Schoultz achieved some fame in the 2010s as a member of the emerging "Mission School," after painting many murals around the neighborhood. One of the most dramatic of his works has been obliterated from its prominent spot on Lexington Alley at 18th Street, where it adorned a shop called "The Apartment." 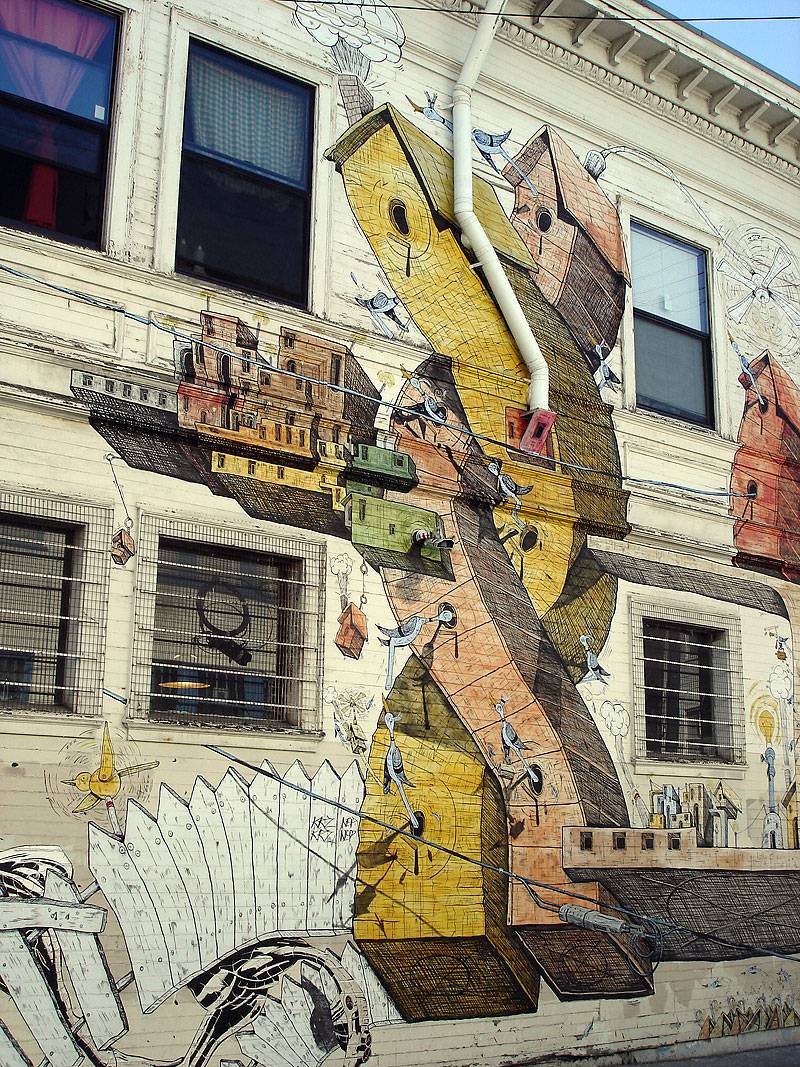 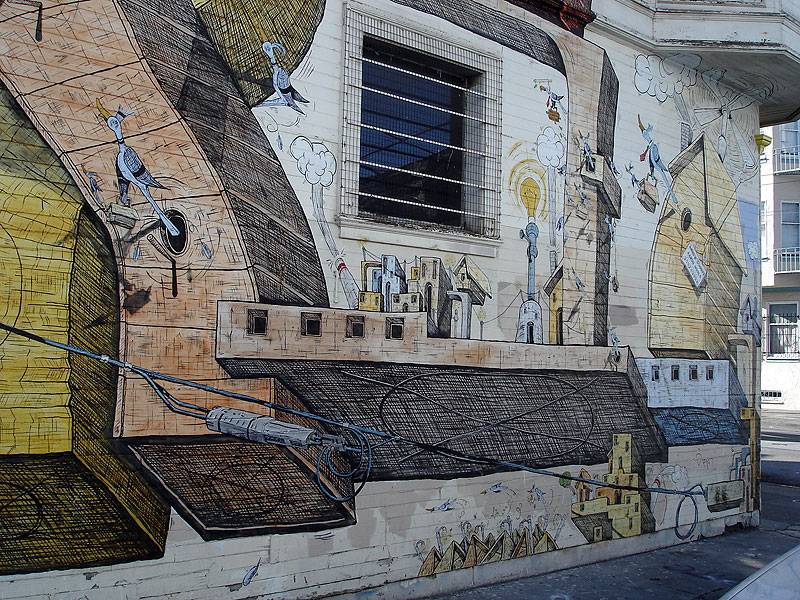 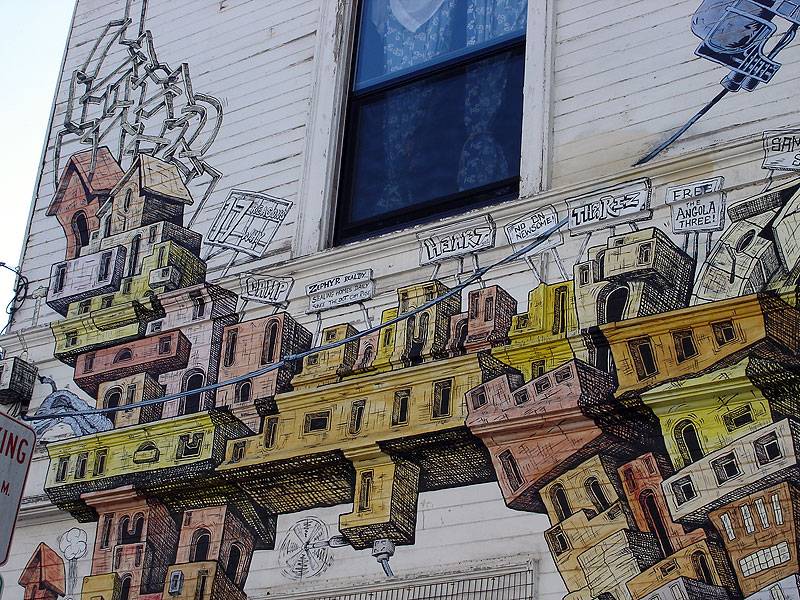 The famous British graffiti artist Banksy has passed through San Francisco from time to time. One of his works briefly sat under a "No Trespassing" sign in Sycamore Alley just west of Mission Street. 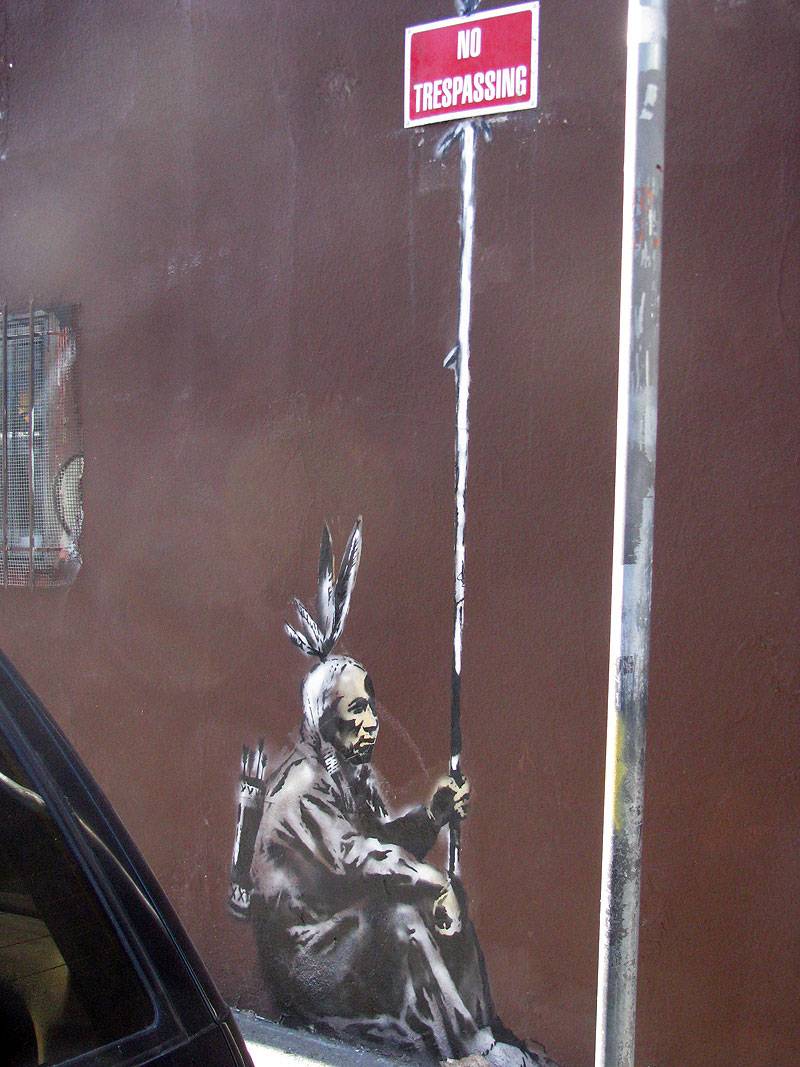