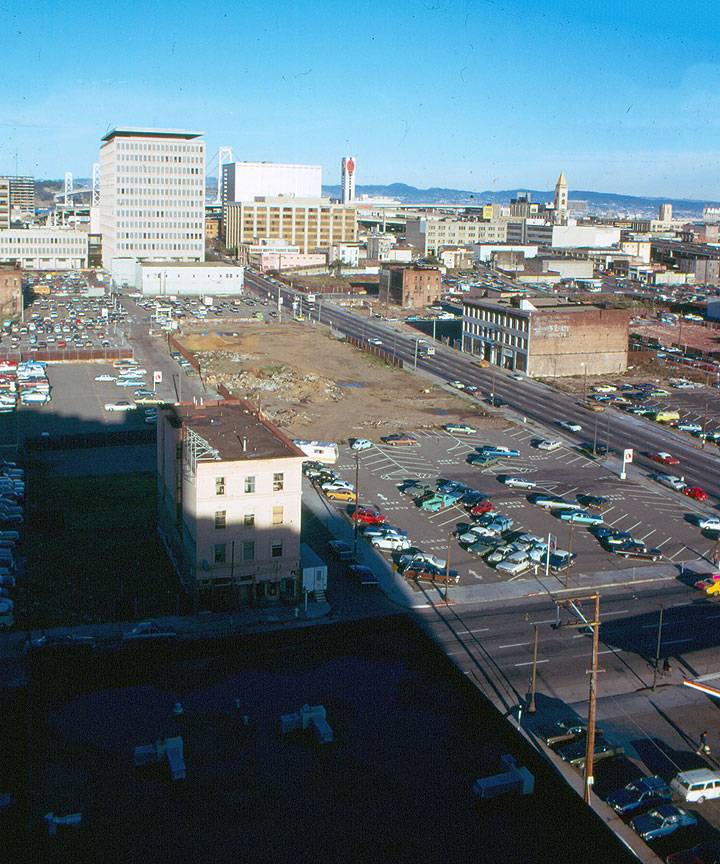 Future site of Yerba Buena Gardens in a 1976 view from above 4th Street looking east along Folsom. 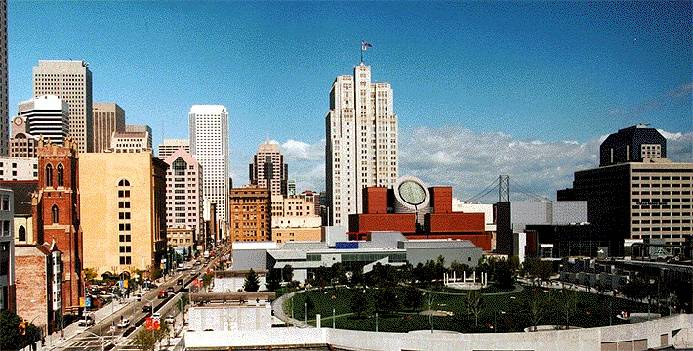 Looking eastward across the Yerba Buena Gardens, 1998, St. Patrick's at left, SF Museum of Modern Art squats in front of the 1926 Pacific Telephone and Telegraph Building in the middle of the photo. 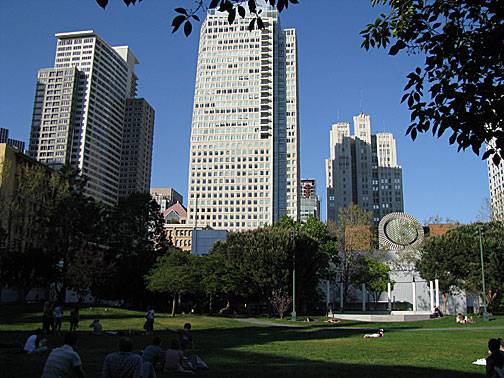 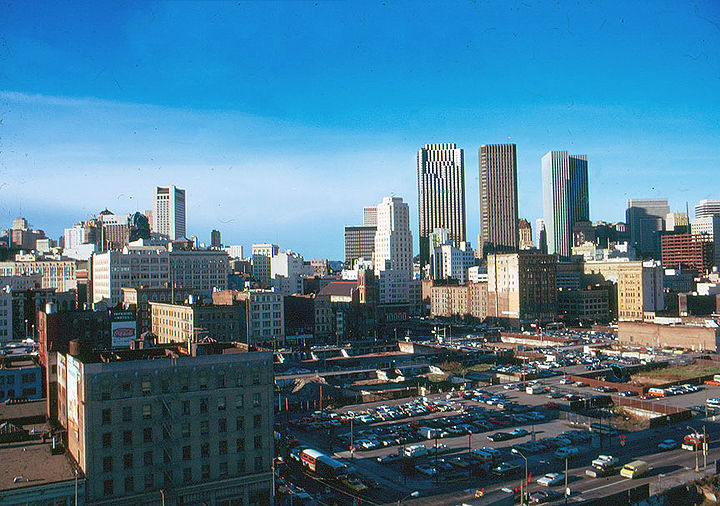 Yerba Buena area, 1976, looking northeast from apx. 4th and Folsom, St. Patrick's Catholic Church in middle on Mission Street where it remains in 2013. 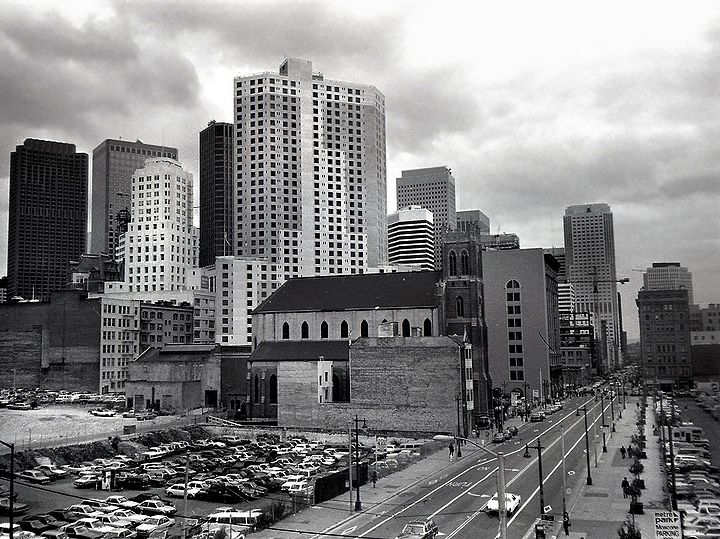 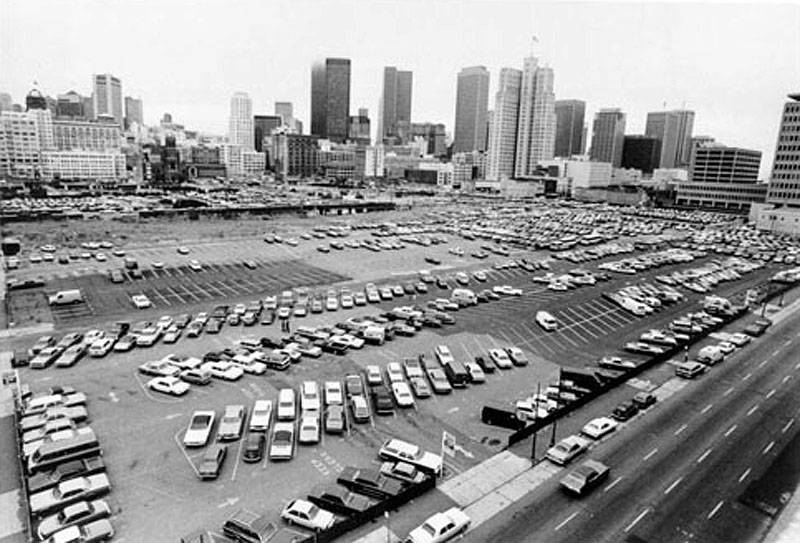 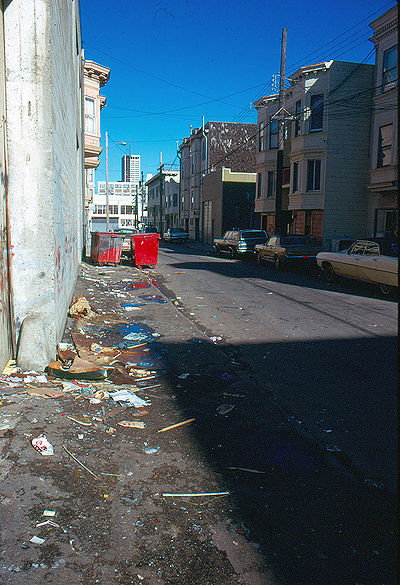