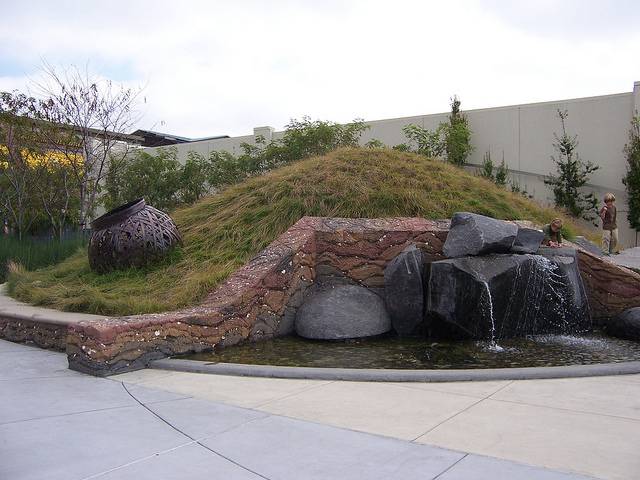 For the Ohlone in particular, the shellmounds were community cemeteries (see Searching for the Yelamu in San Francisco). Ohlone and IPOC organizer Corrina Gould clarifies: “Shellmounds are the burial sites of our ancestors. They are not just village sites, but they are always burial sites. There are some villages that didn’t have burials, but all the shellmounds are burial sites. And as the years and centuries went by, these mounds became huge. They became monuments to the people that lived here in the Bay Area.”

Like the fate of many shellmounds in the Bay Area (see Shellmound at San Bruno Mountain), the site of the Emeryville shellmound has a long history of having been occupied, used, and abused by non-native communities. During the 20th century, the Emeryville shellmound was bulldozed and eventually flattened by multiple industrial development projects. Most recently, notwithstanding Ohlone historical, cultural, and spiritual ties to the land, the shellmound has become the site of the Bay Street Mall.