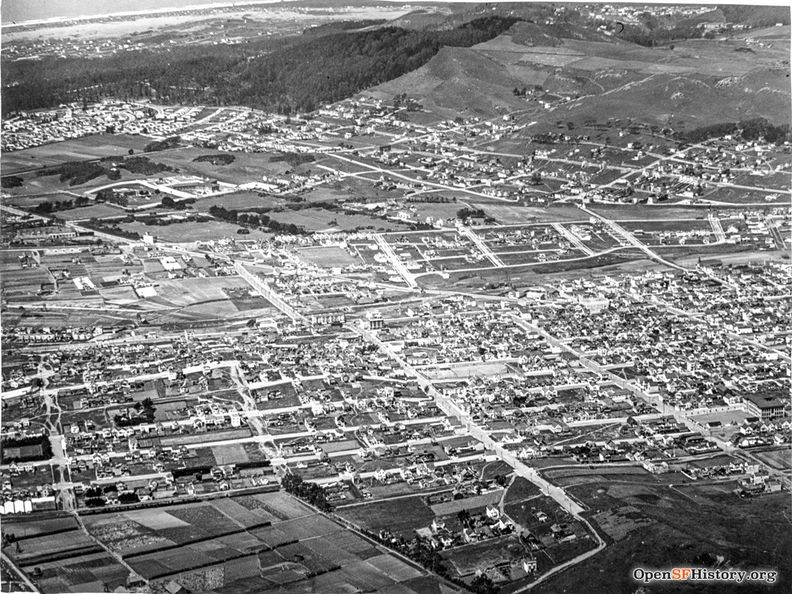 Aerial view of Excelsior District, c. 1923. Mt Davidson at top with Sunnyside just below. Parts of Sutro Forest yet to be cut down. On left, Westwood Park with Balboa Park below. Mission Terrace across middle. The Excelsior in lower half, with Russia Avenue running through center. At bottom left, farms that are the future site of the Crocker Amazon Playground.

Oscar Grande describes growing up in the Excelsior as a son of Salvadoran immigrants, and its deep connections to the Mission and other parts of the City. 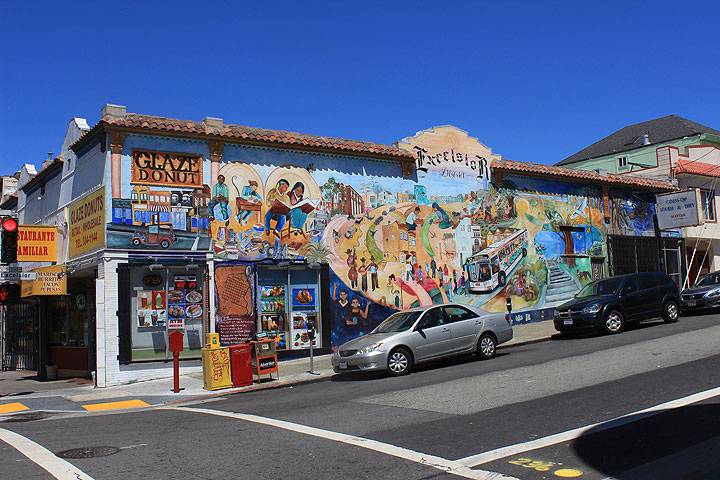 Mural celebrating the Excelsior district at corner of Mission and Excelsior, 2014. 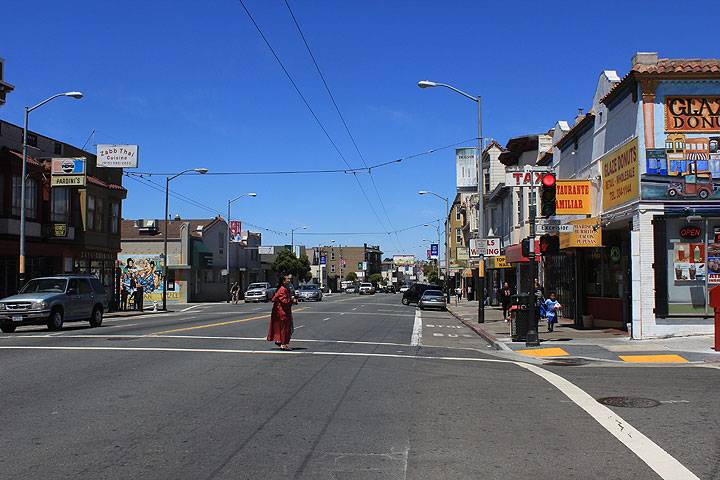 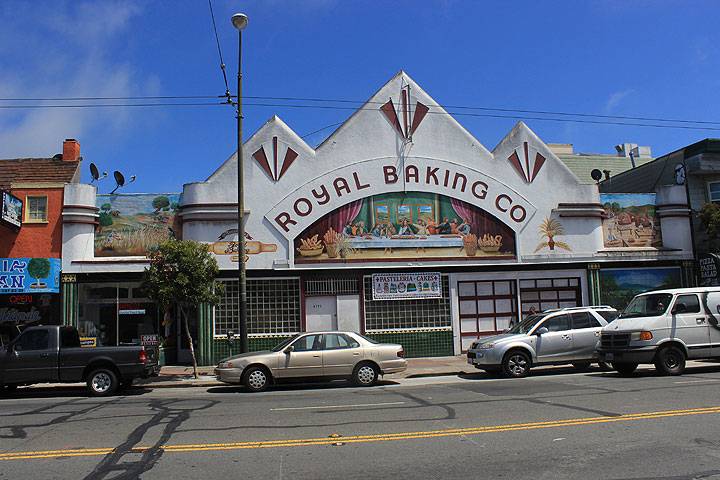 The iconic Royal Baking Company building dates back to the early 20th century when it was still a primarily Italian area. Today it is a Pasteleria, producing baked goods for a Mexican and Central American clientele. 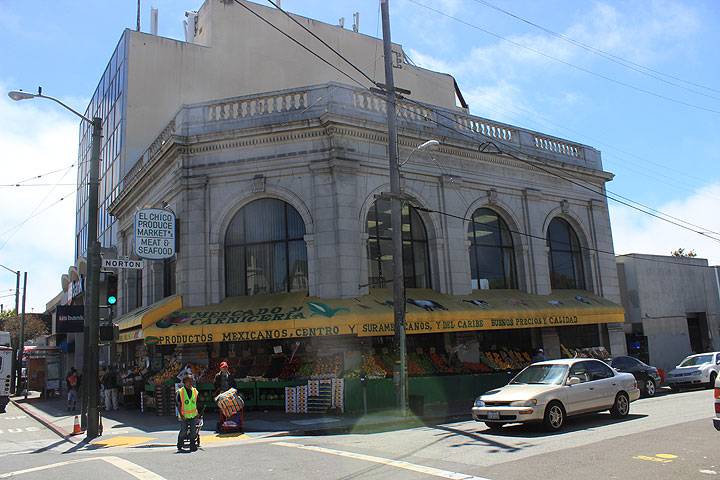 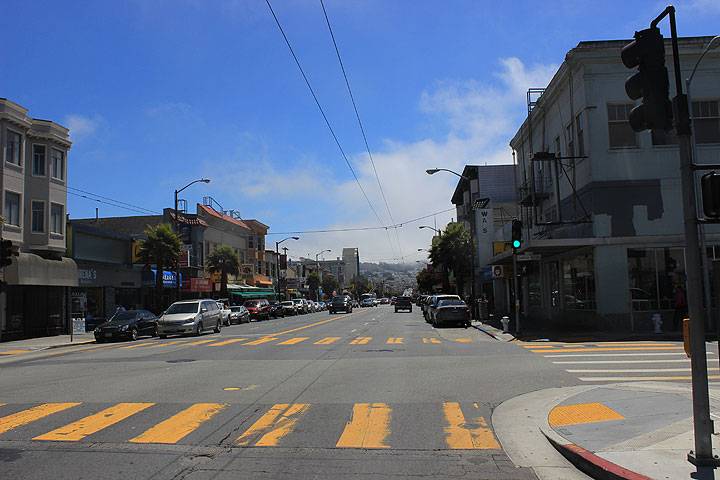 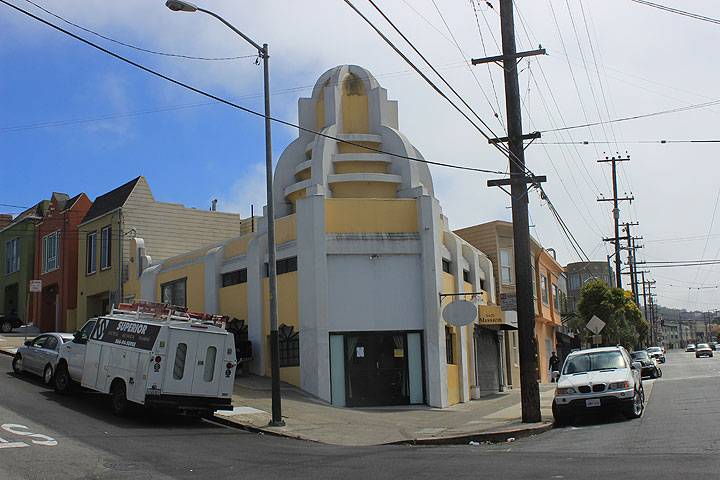 Southwest of Geneva on Mission, this odd structure sits at the corner of Mission and Concord, 2014.