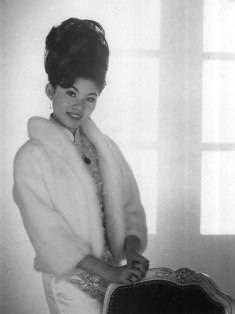 Cynthia Yee was born and raised in San Francisco, the youngest of four children. As a child, she lived in the same apartment building as noted Japanese-American dancer Dorothy Toy. Dorothy launched her into show business at the age of nine, sending Cynthia to a San Francisco ballet school. Cynthia studied under a Russian instructor who demanded practice and drilling to perfect her technique.

In the mid-1960s, Dorothy Toy was producing an all-Asian floorshow at Andy Wong’s Chinese Skyroom, one of the most popular nightclubs in San Francisco’s Chinatown. Dorothy was in need of a substitute dancer and called Cynthia, who was only seventeen at the time. With her parents' permission, Cynthia went on stage and began her professional career. She recalled later, "In the beginning of course everybody always said, 'Why do you let your daughter be in show business?' and Dorothy told my mom that she would take care of me, and she did. Because I was in Dorothy Toy’s show and my mother knew Dorothy as a personal friend, it was fine.” In 1967, Cynthia won the prestigious Miss Chinatown crown, performing a dance choreographed by Dorothy Toy. 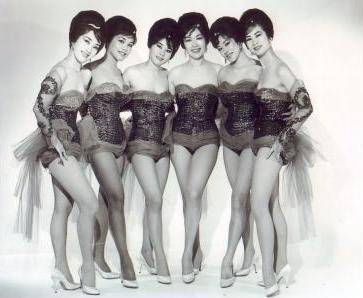 Cynthia's career came just at the tail end of the golden age of Chinese nightclubs. By the late 1960s, the nightclub scene in San Francisco had been transformed. The success of Carol Doda and the strip clubs on Broadway forced many nightclub owners to incorporate more stripping and exotic dancing into their shows. The Chinese nightclubs were no exception. In this heavily competitive field, Chinese nightclub owners marketed the unique “Oriental” shows featuring “China Dolls” in seductive costumes. The Chinese strip shows were still quite tame compared to some in the city; performers typically stripped down to a bikini with generous coverage.

Cynthia performed with Dorothy Toy's act at the Chinese Skyroom for about one year before the nightclub closed. She then traveled with the show through north and south America, Japan, and Europe. Cynthia recalls that while the audiences for these shows were not Chinese, the Chinese community in each city would host the dancers whenever they came into town. 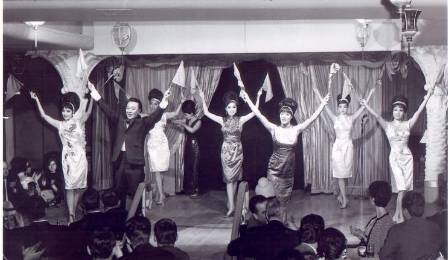 Cynthia stayed in touch with many of the nightclub dancers through the years and she continued to dance for her own health and enjoyment. In the 1990s, she was called upon to help support fundraising for the Chinese Hospital in San Francisco. She called her old friends from the nightclubs and founded the Grant Avenue Follies, a troupe that revives the golden age of Chinese nightclubs and supports charitable organizations throughout the city. In 2005, because of the community work done by the Grant Avenue Follies, Cynthia received the Jefferson Award, a prestigious national recognition system honoring community and public service in America. She also performs in a Chinese-themed magic act with the illusionist Tamaka and is the owner of San Francisco Chinatown Ghost tours, a historical walking tour through the alleyways of Chinatown.