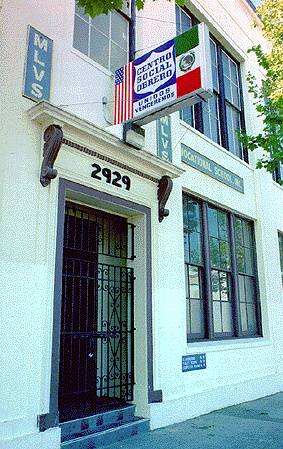 It seems that the history of Centro Social Obrero has been one of extortion and graft. In 1959, the year the organization was started, a Mexican citizen by the name of Alberto Jimenez was getting as high as $50 per week (at this time this was about 50% of a week's salary) from Mexican workers in return for being given their jobs. (Workers were brought into the country for this purpose.) He also ran a racket taking money for supposedly obtaining citizenship papers quickly.

After 4 years it reached such a point that Jimenez was beaten in a union meeting by the membership. He returned to his own community in Mexico with falsified documents supposedly from the U.S. government and President Kennedy. These papers offered immediate citizenship to workers who would go to the U.S. to harvest crops. The papers were sold for whatever he could get out of people. After fleecing his own community he was eventually arrested in Mexico City and sent back to Zamora, Michoacan, where he died in prison.

Matters have not changed much ten years later. We find that his understudy, Abel Gonzales (who might be called Abel Jimenez), who had worked with Jimenez, is now president of Centro Social Obrero, and has taken his place in more than one way.

Although things are done with more sophistication now, they are basically the same. They now have support from the city government. The price for buying jobs is down to $20 per week, but there is now a greater amount of people so it winds up the same. Plus the fact that they have been able to get hold of government funds. For instance, they have run language and construction schools which were only fronts. They brought no benefit to the Mexican people, for no one has yet learned English at these schools.

Centro Social Obrero also became a controlling factor in the construction workers' union Local 261. Abel Gonzales, with his threats of job security and deportation, gets his entire membership to attend union meetings, thereby getting the majority vote. Although the Mexican and Latin membership is only about 20% (membership is about 65% black and 15% white), they control union meetings. Abel's block of workers vote with him regardless of whether they understand or agree with the issues. They must behave like puppets and stand up when Abel stands up and sit down when he sits down or they must face the consequences mentioned above.

George Evankovitch, the business manager of the union, has taken advantage of the situation and uses it to control the passing out of new jobs. He eliminated the plug board (a board with the members' names and pegs that are moved up until it is the member's turn for a job) or any other visible system for being able to check up on the sequence of hiring.

Abel completely disregards the needs of La Raza people in the community. He puts no pressure to obtain jobs for La Raza people with the city or with BART, for then they are no longer under his control. The more unstable he can keep these people, the more it is to his advantage.

Two hundred jobs opened up in the city last week. We know of no one he's given an opportunity to apply for these jobs, or, that he's given any information to.

He is now using non-La Raza people as a goon squad, taking them into meetings to intimidate La Raza people and keeping them from speaking against him. He is exploiting these people, who are Samoans, dividing more Third World people against each other for his own personal gain.

The disgusting irony of this situation is that these people who had been living in Mexico were trying to get away from the tyranny and dictatorship that existed in their lives and came to this country, whose government also exploits the Mexican people, expecting to find a more democratic way of life. Instead, they have landed in the open arms of a third rate rat. They are trapped in a situation which causes them to lose their self respect and the ability to hold up their heads as Mexicans or as men, through fear of deportation or hunger. 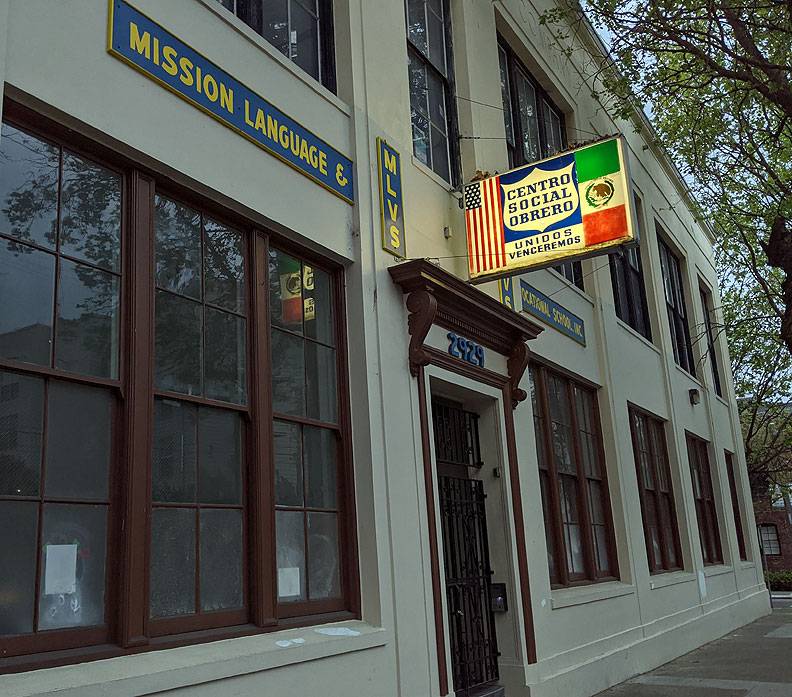