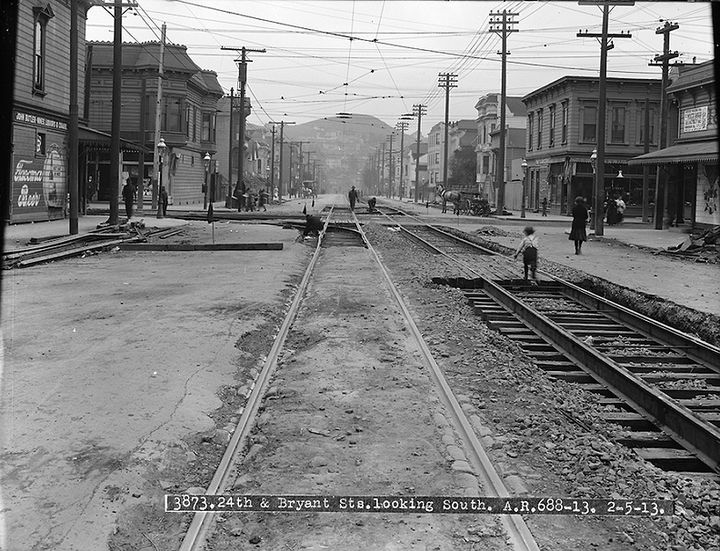 Streetcar tracks under construction at 24th and Bryant, looking south with Bernal Heights in distance, February 4, 1913. 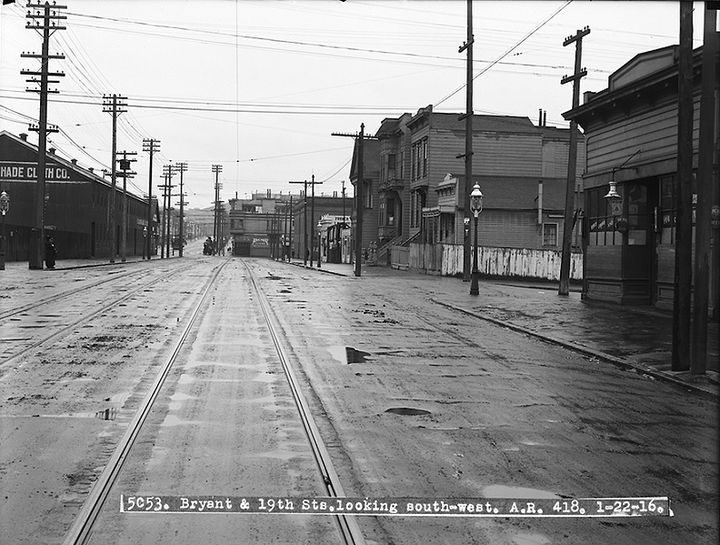 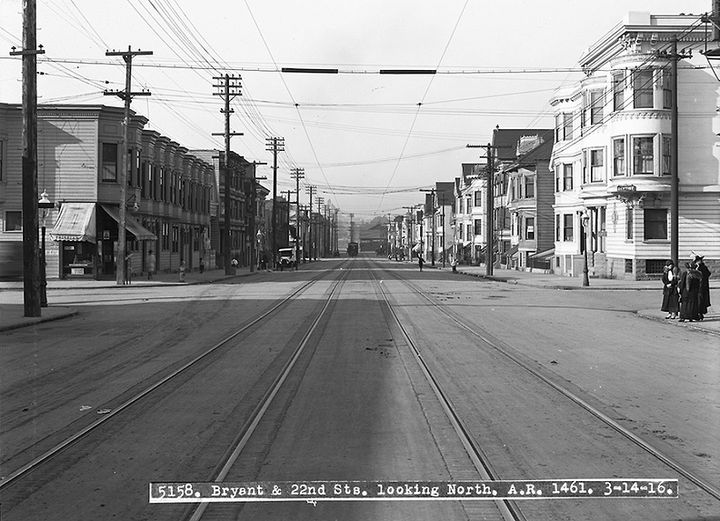 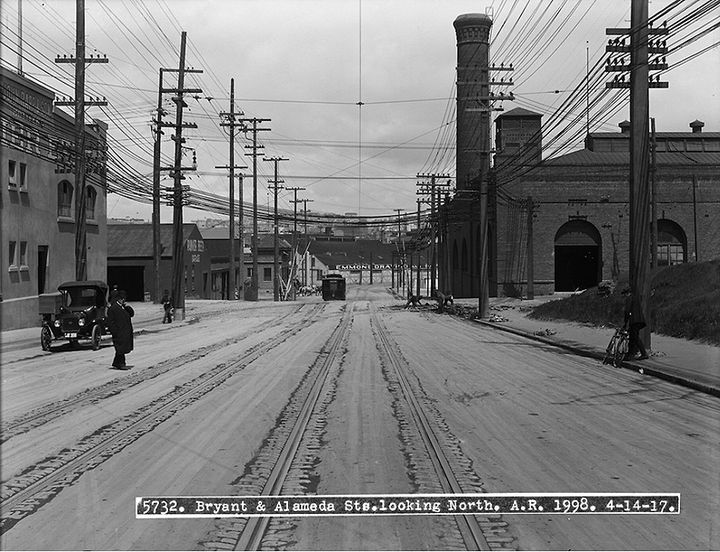 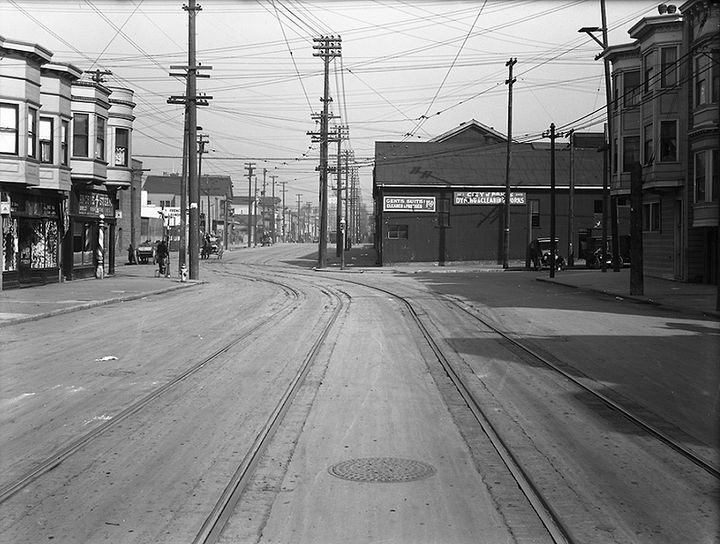 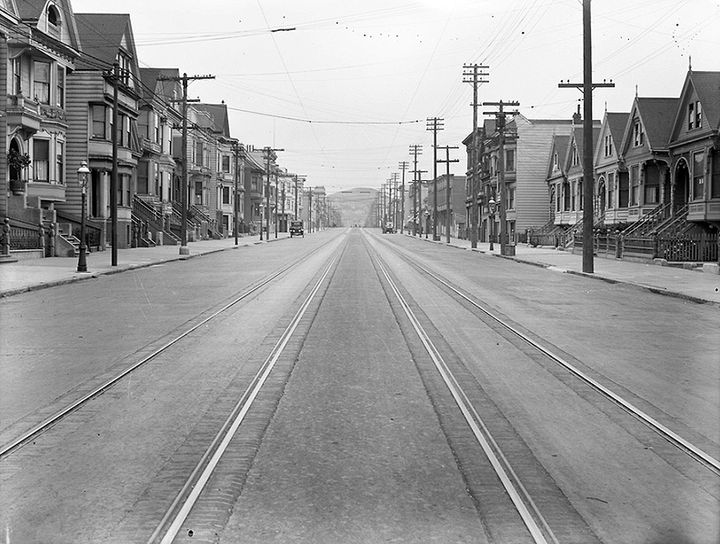 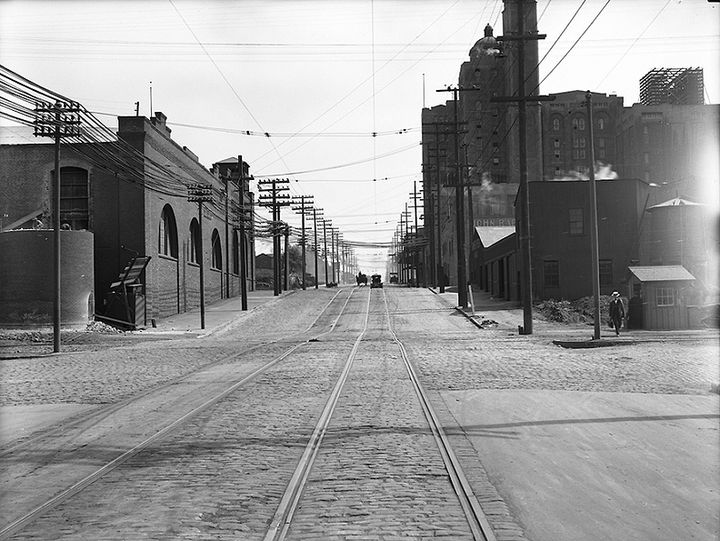 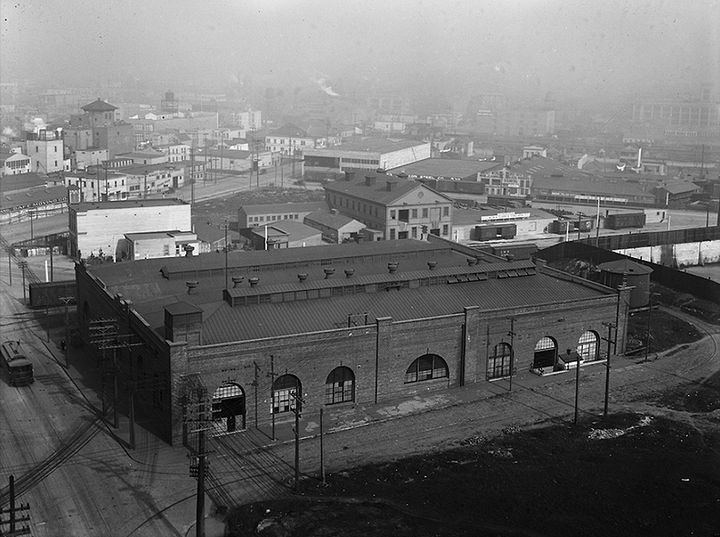 View of powerhouse at Bryant and Alameda from the roof of Rainier Brewing Company, January 1920. 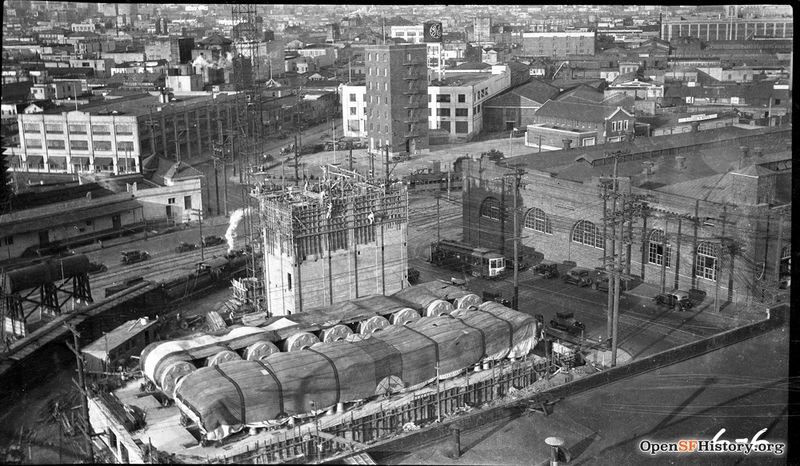 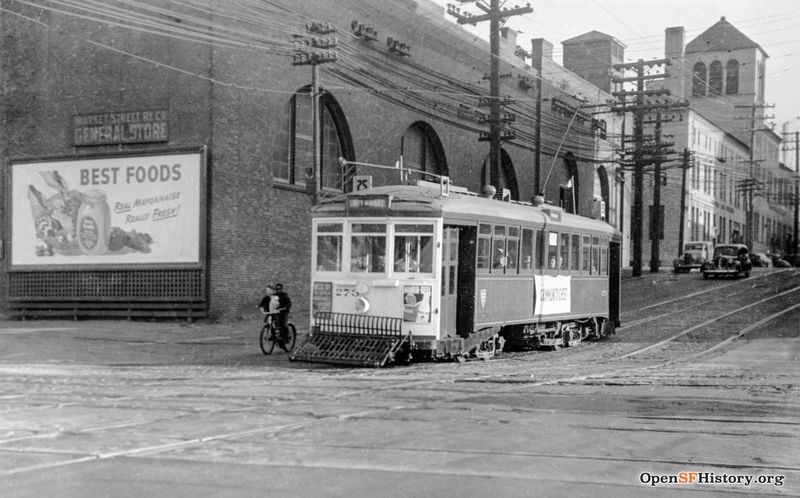