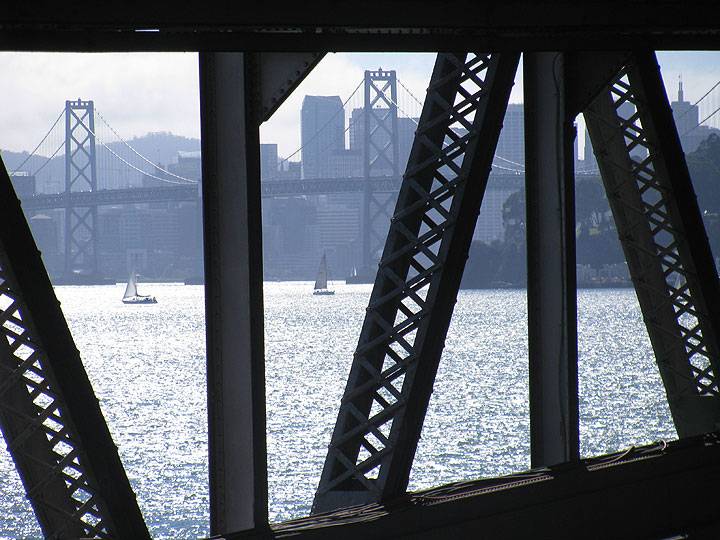 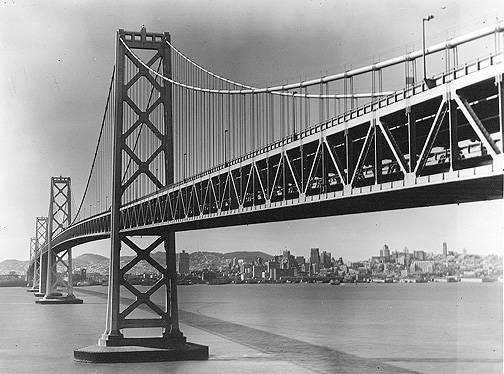 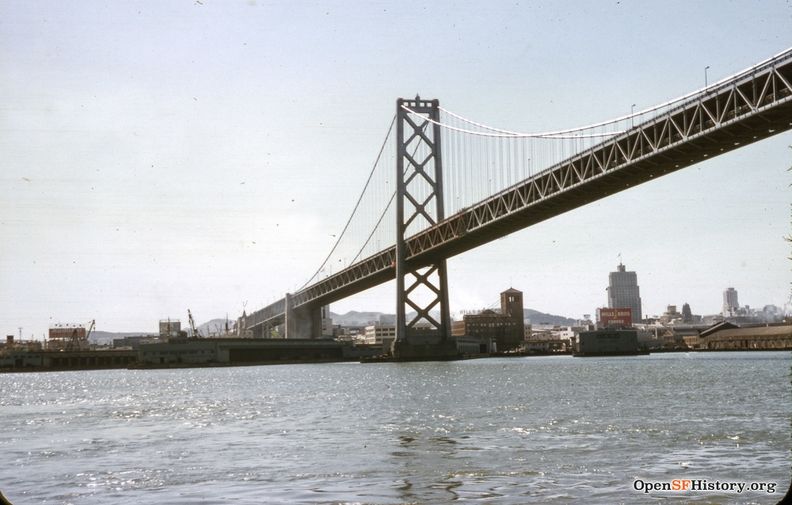 Under the Bay Bridge, 1961, with Hills Brothers coffee and the Pacific Telephone and Telegraph Buildings the most prominently visible at the time. 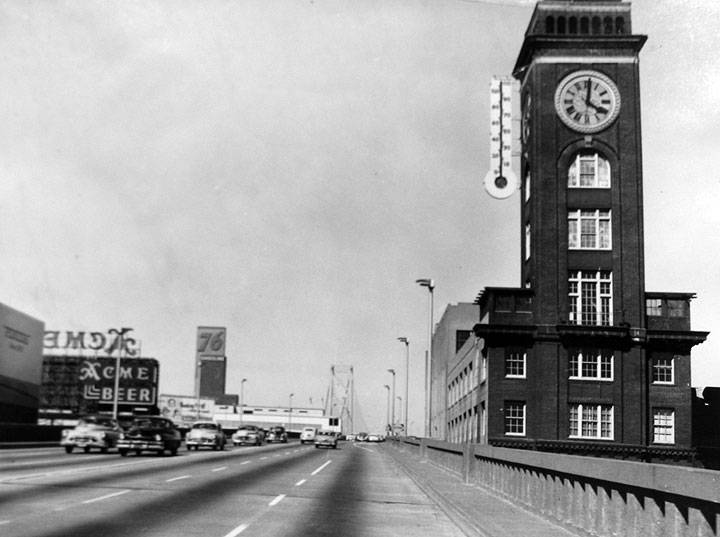 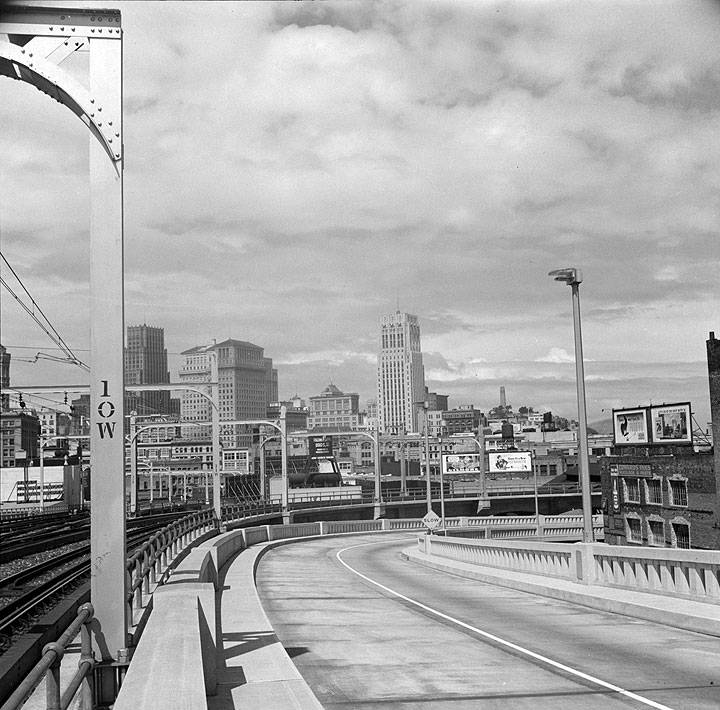 San Francisco from the First Street offramp of the Bay Bridge, April 1939. 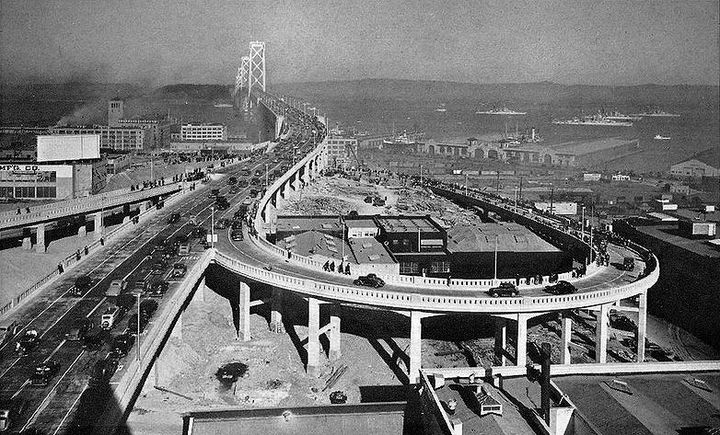 Bay Bridge on opening day 1936 with pedestrians walking on to Bridge, and the six lanes of two-way traffic that characterized the upper decks until the reconfiguration in the early 1960s. 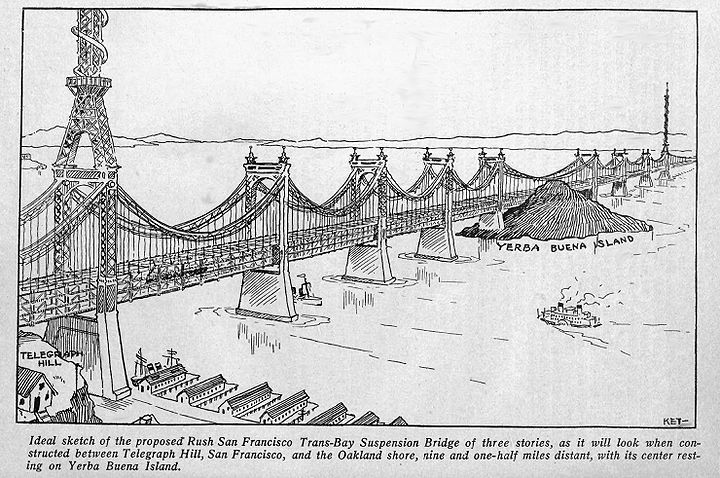 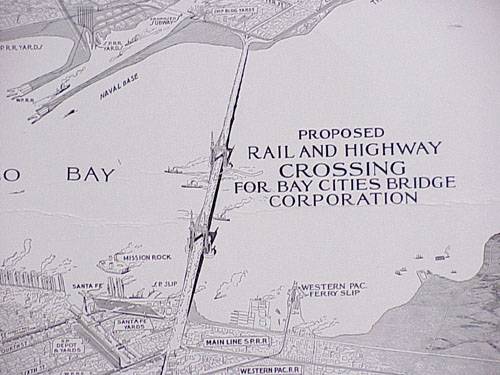 Proclamation by Emperor Norton I of America, Protector of Mexico 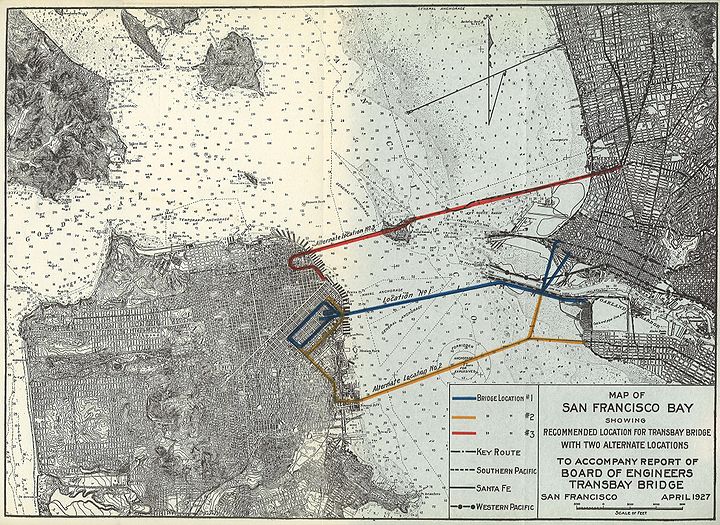 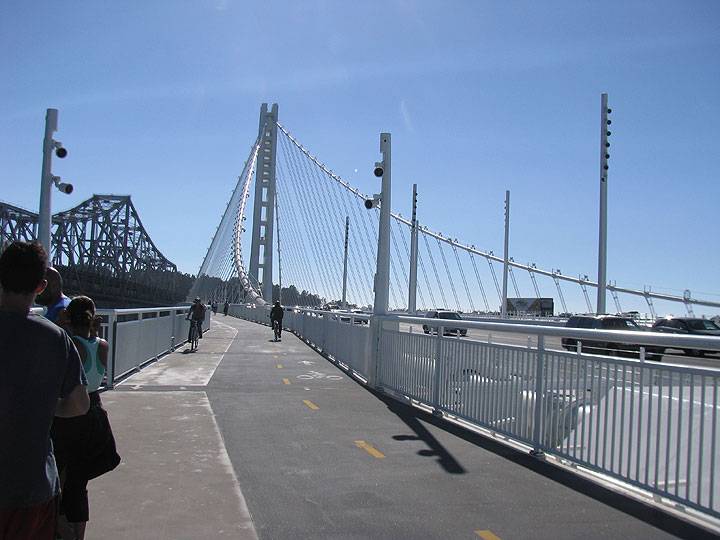 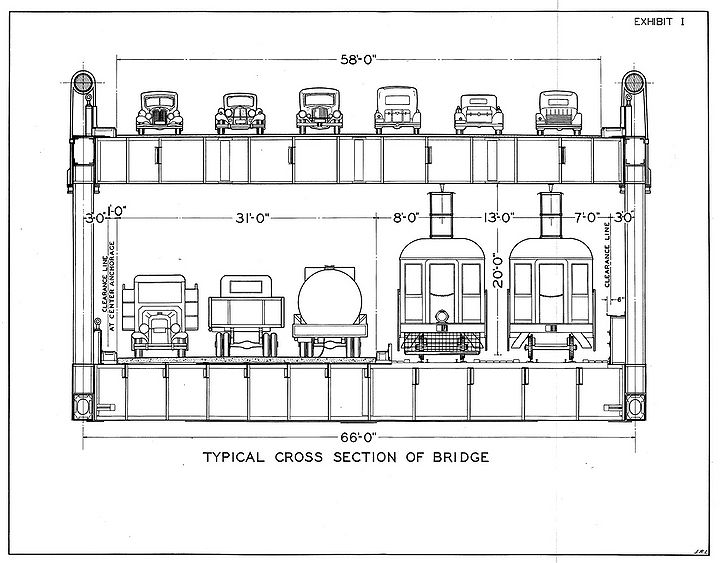 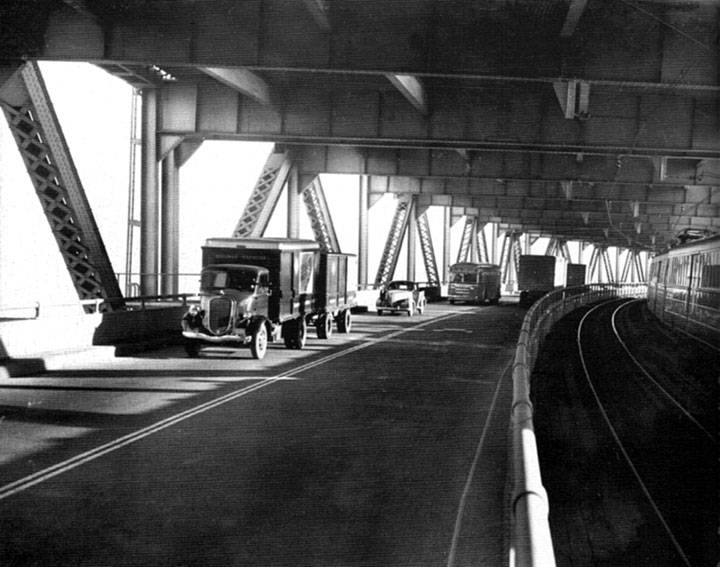 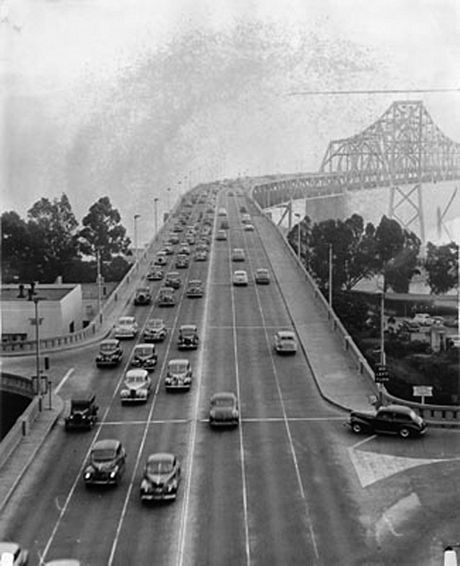 Six lanes on top deck of Bay Bridge in this 1946 photo. 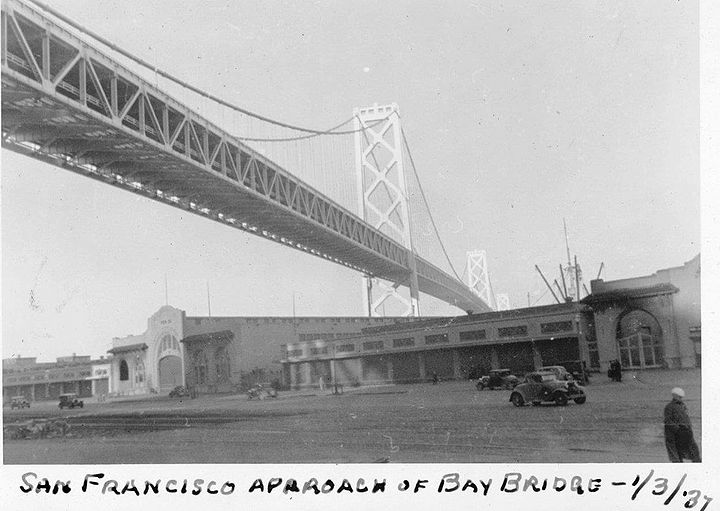 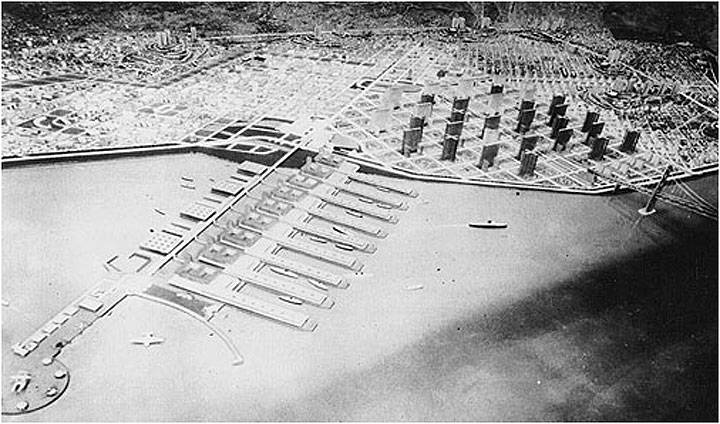 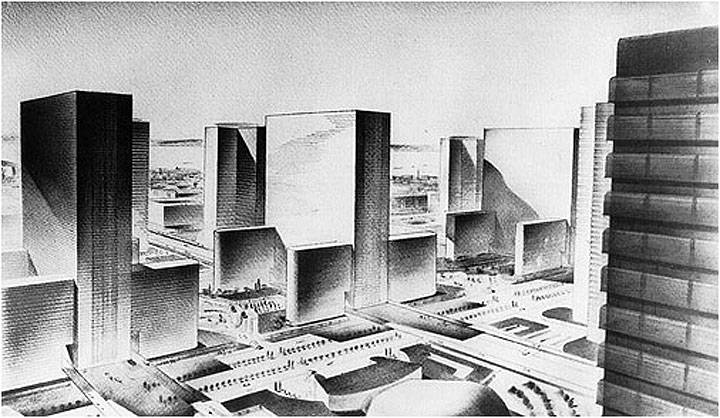 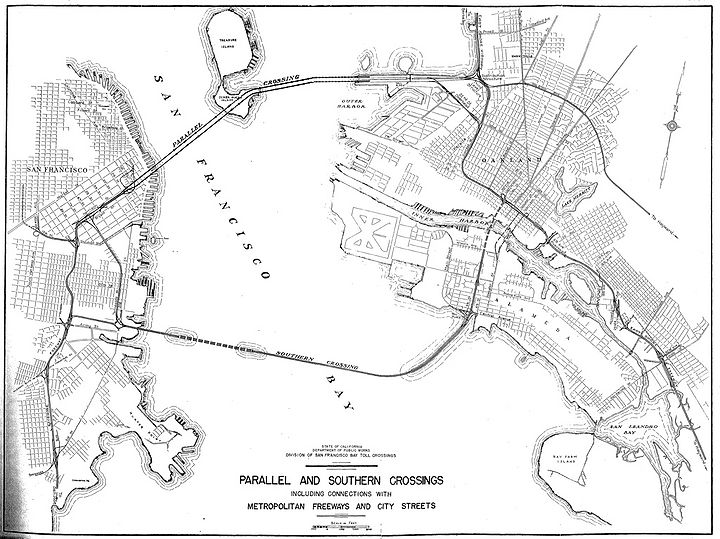 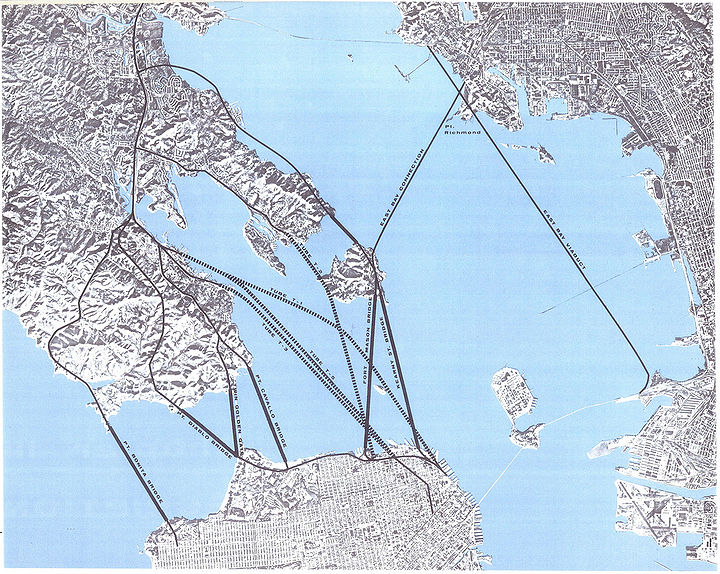 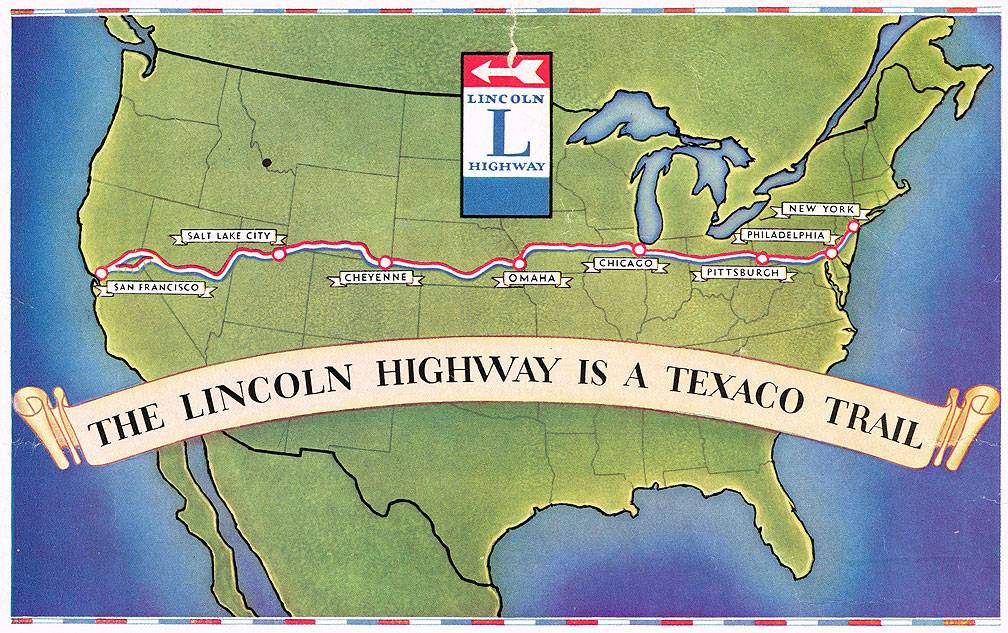 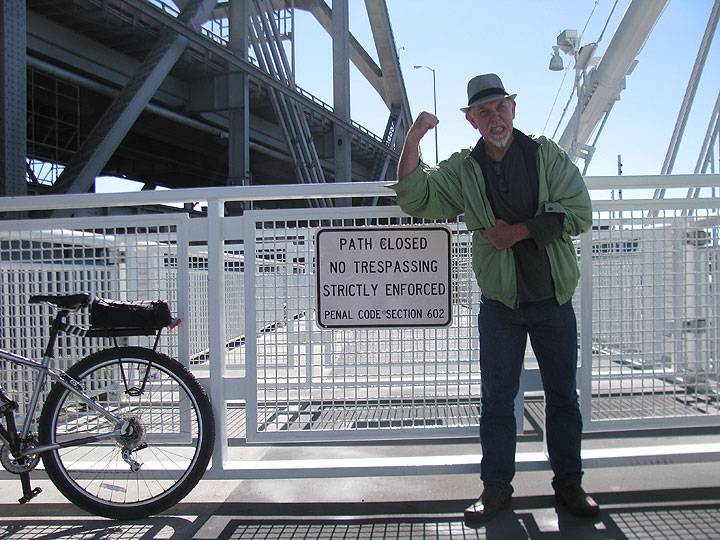 Frustrated bicyclist at end of the "Pier" while cars speed by on their way to San Francisco... it's not expected to connect to Yerba Buena Island until 2015.