Difference between revisions of "Al's Park"

Al's Park thrived for several decades in the right of way that was supposed to be 19th Street between Market and Corbett Streets. As of 2020, the remarkably whimsical natural oasis has been greatly diminished by the purchase and development of a large lot along the southern edge along Market Street. The photos below are from a visit in 2009. First, here's a shot of the property long before upper Market Street was built, and the large retaining wall with a rainbow mural became a part of the landscape. 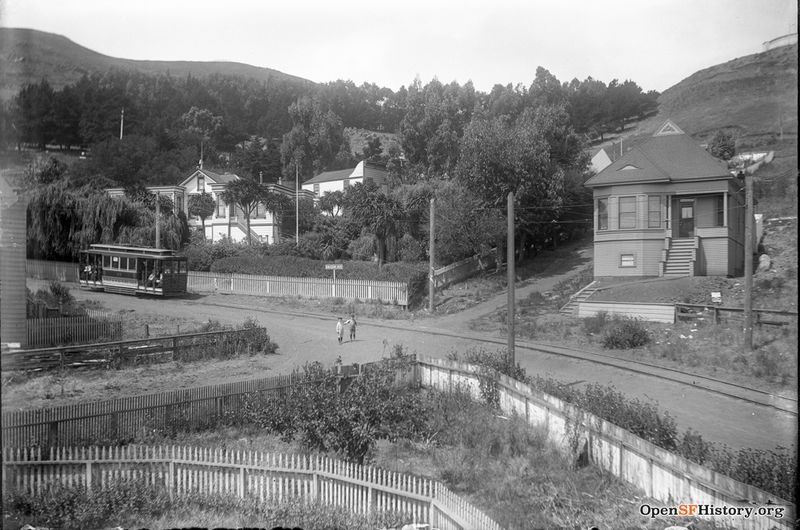 Al’s Park is, or was, a curious ribbon of whimsy and nature rising from the mural on upper Market Street (next to the historic Joost House) and emerging on Corbett. The 1995 Thomas Bros. map has it labeled as 19th Street (multiple ghostly incarnations for 19th!) but Google’s Satellite map doesn’t show there as being any public right of way there. Enter Al’s Park from Corbett and enjoy a strange, almost 19th century-feeling slice of eccentric San Francisco land use.

That's it, between the arrows. 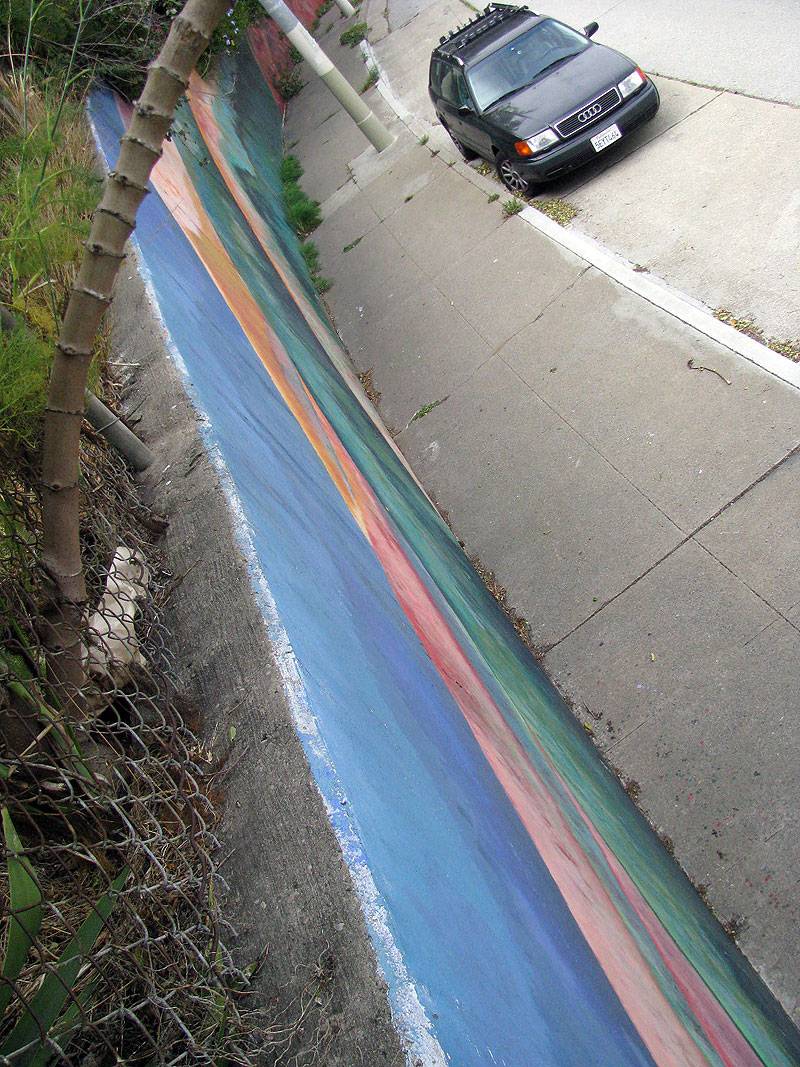 Looking down at the mural more familiarly seen while driving by on upper Market Street. 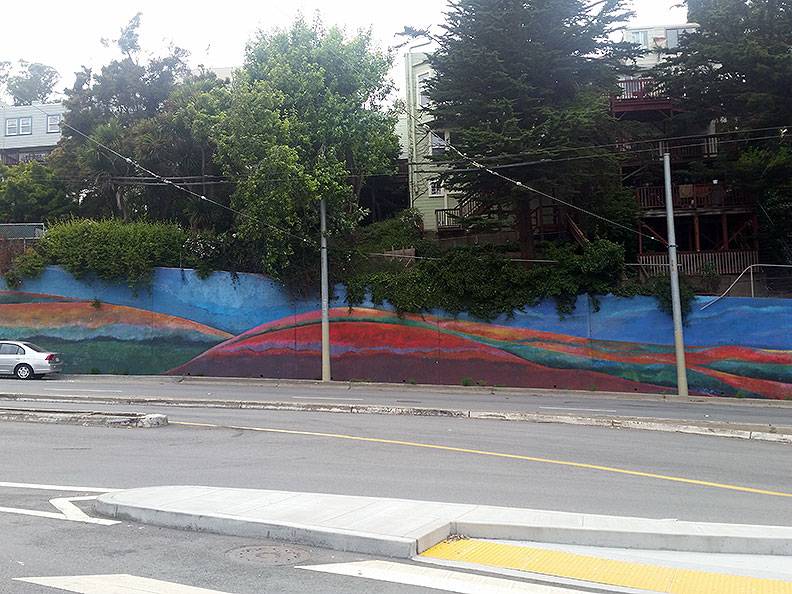 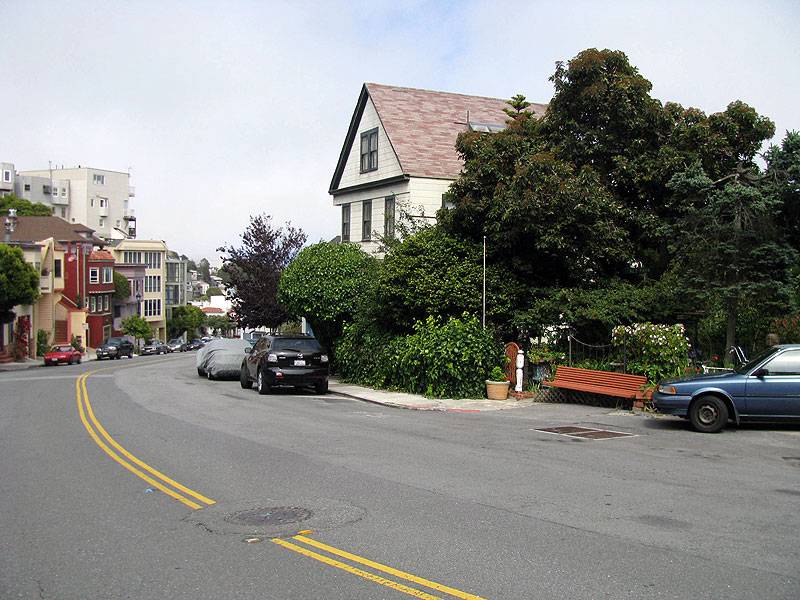 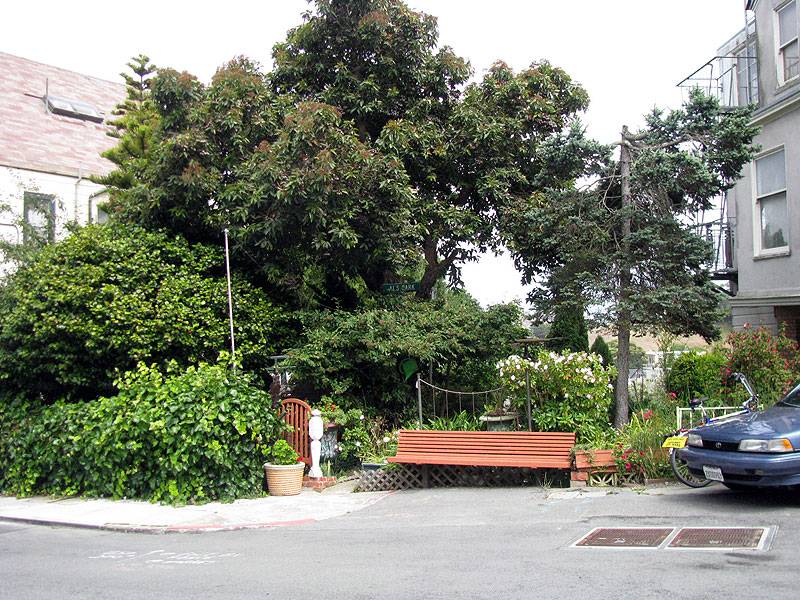 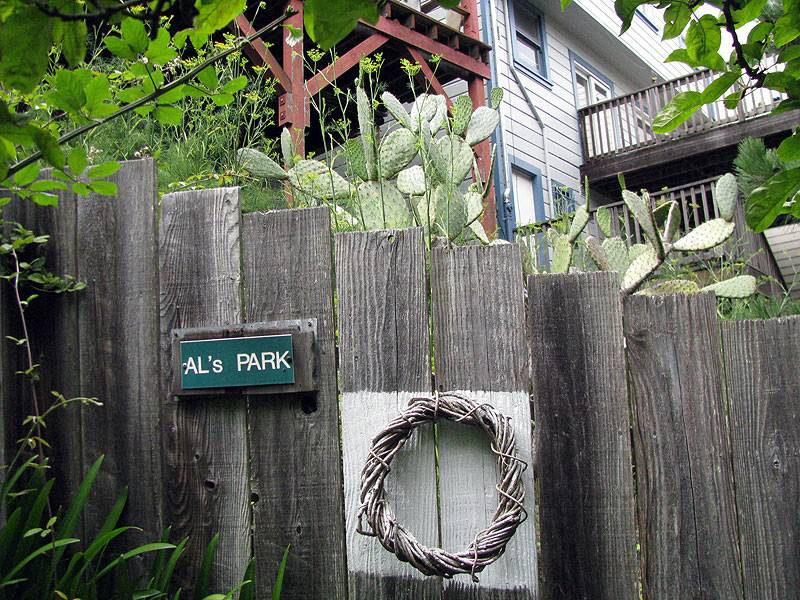 Nothing professional about this park! 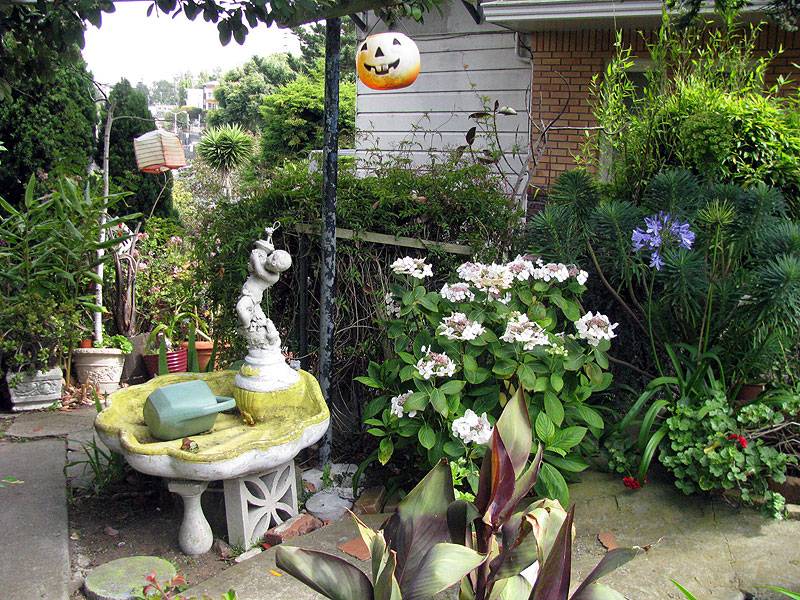 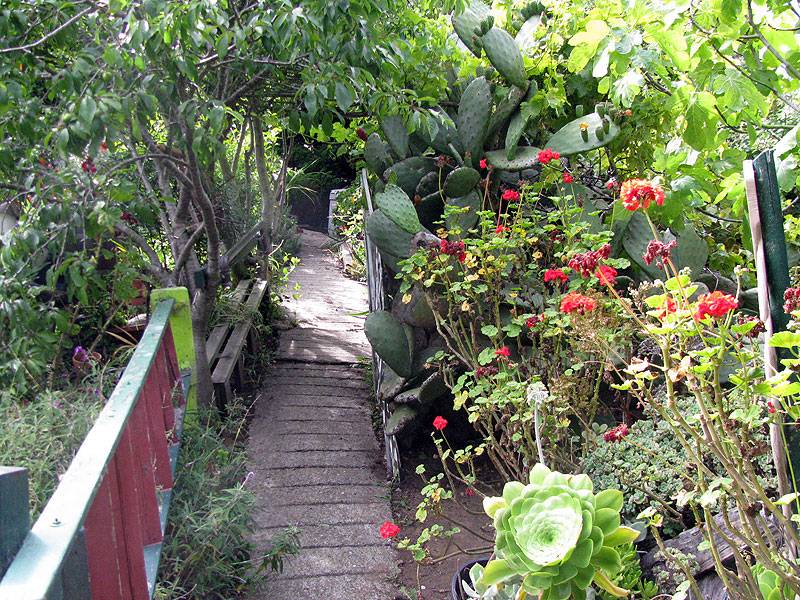 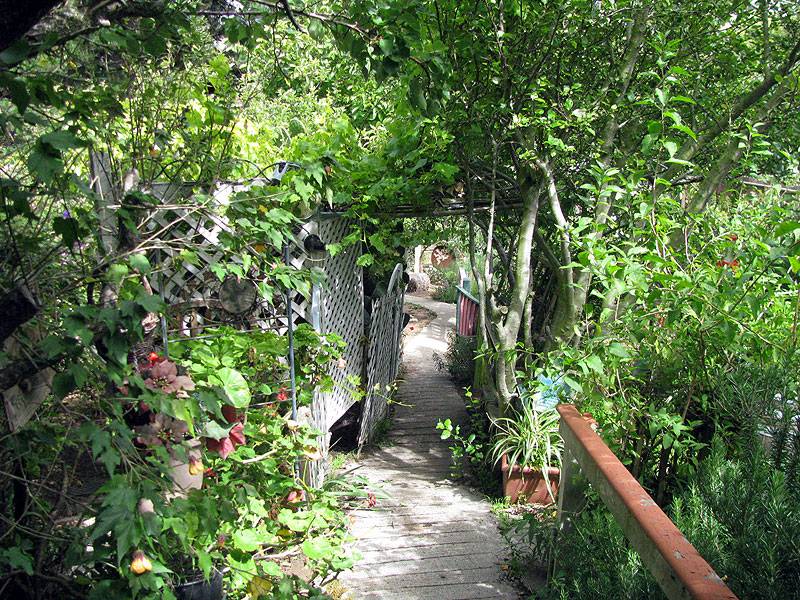 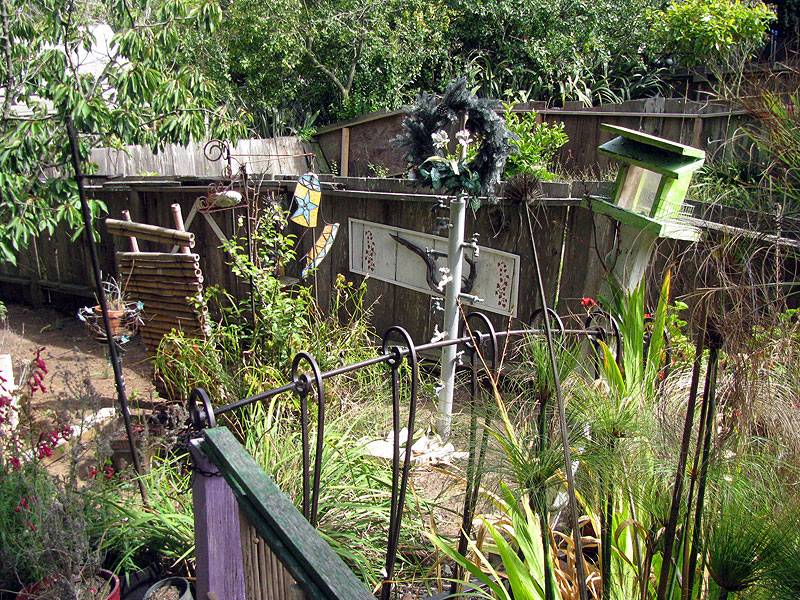 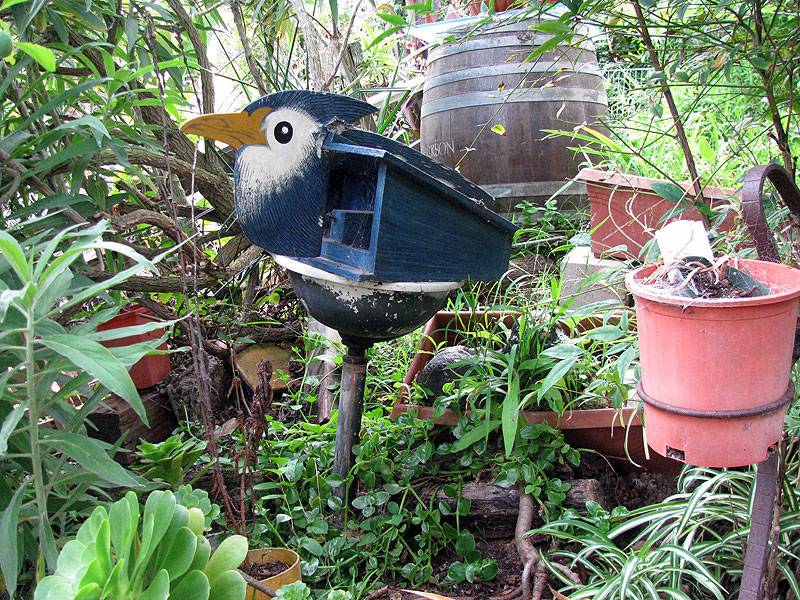 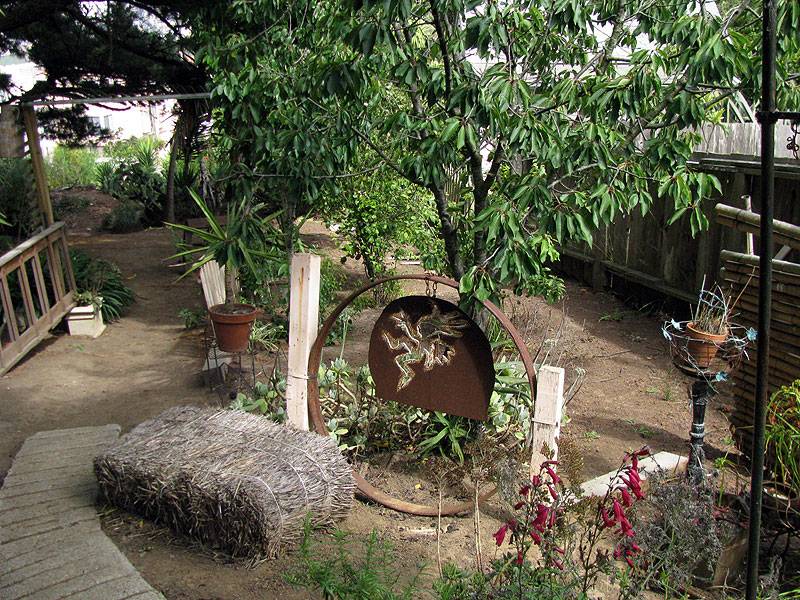 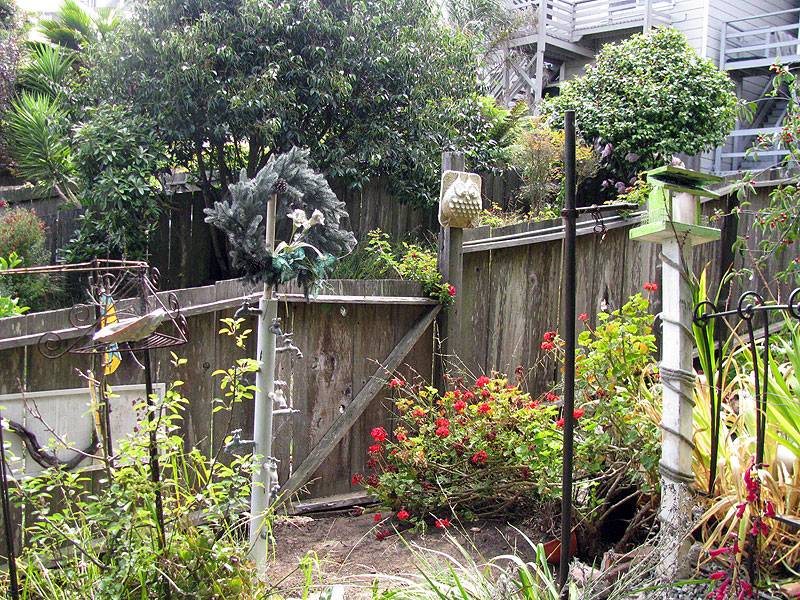 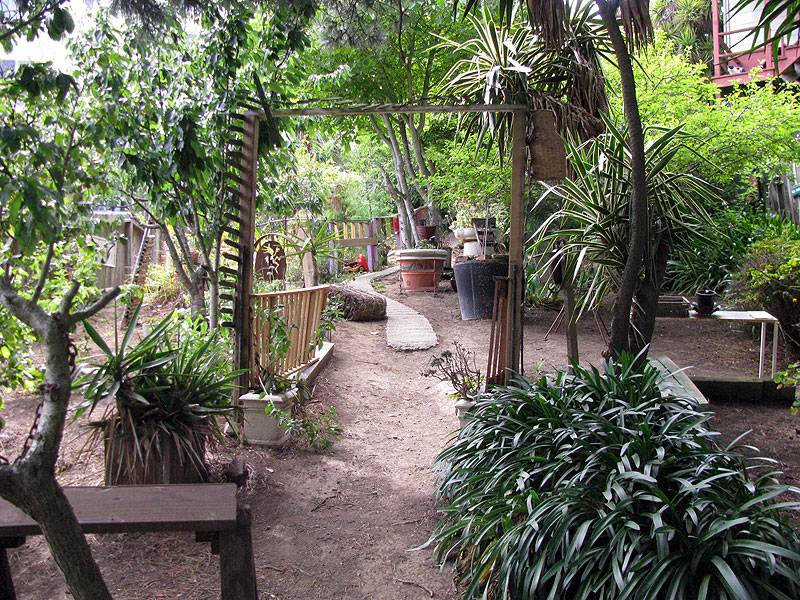 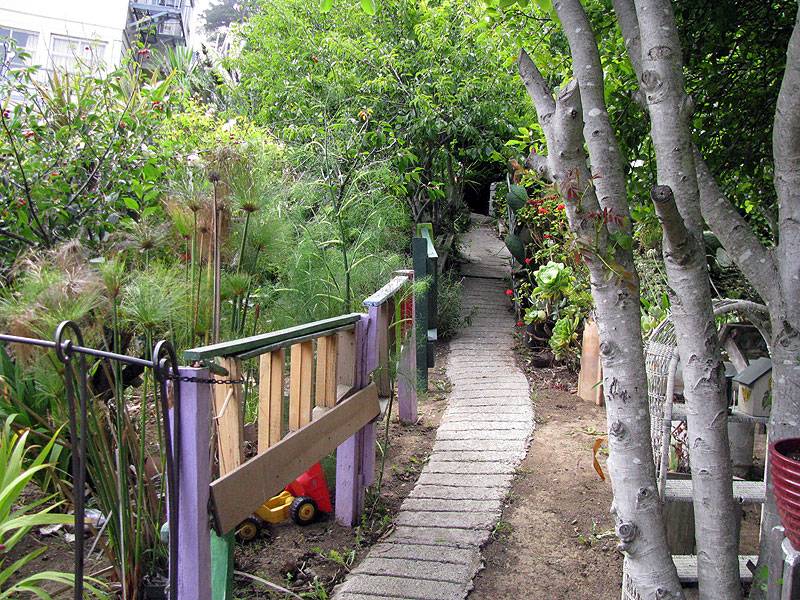 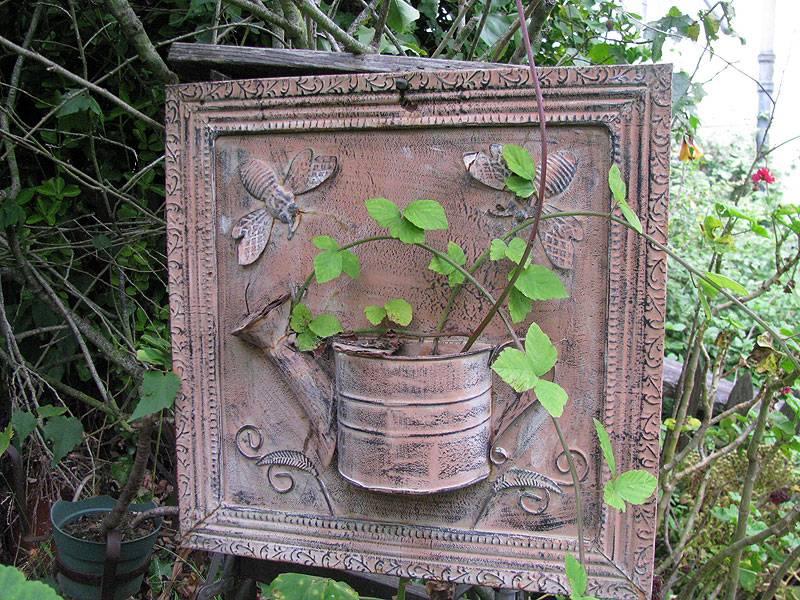 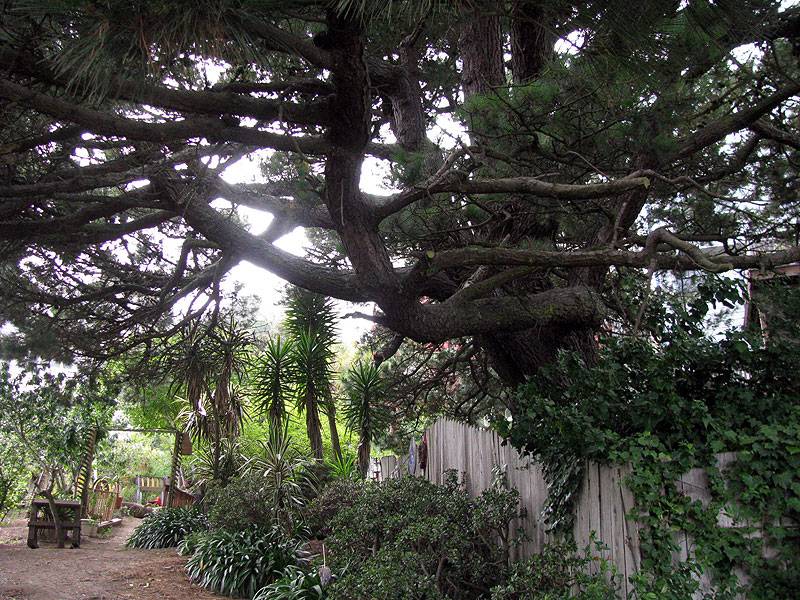 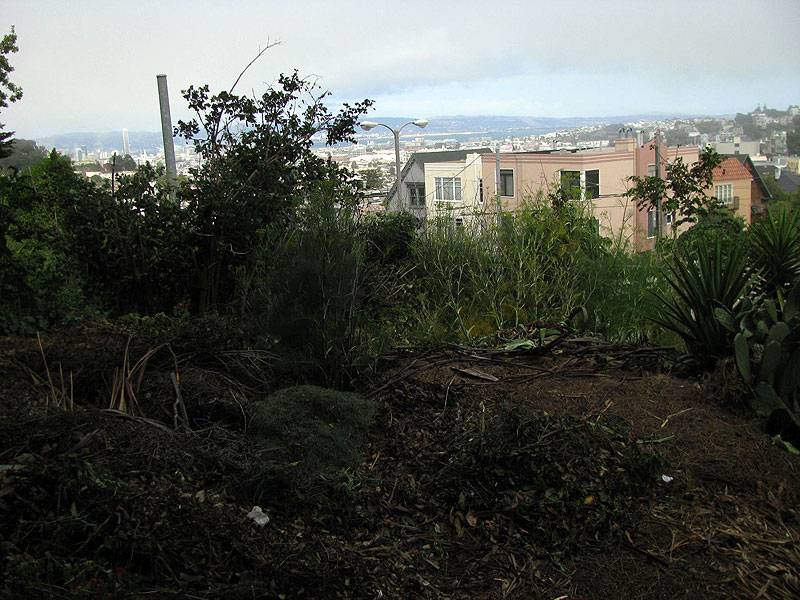 This quirky, eccentric, remarkable oasis that welcomed all, and was maintained by neighbor Al for decades and into his 90s, has been mostly destroyed. A remnant of the space is still open to the public, but the lush foliage, views, and weird art largely disappeared during the construction of the new luxury home at the foot of the property. Another sad micro-story of the disappearance of the soul of San Francisco.