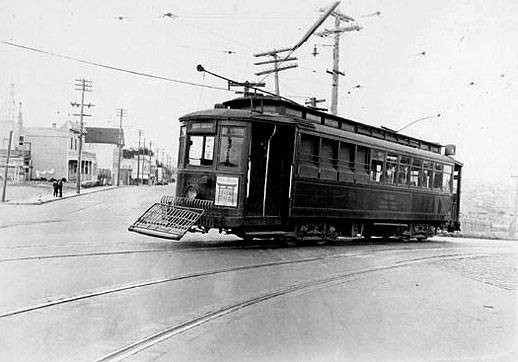 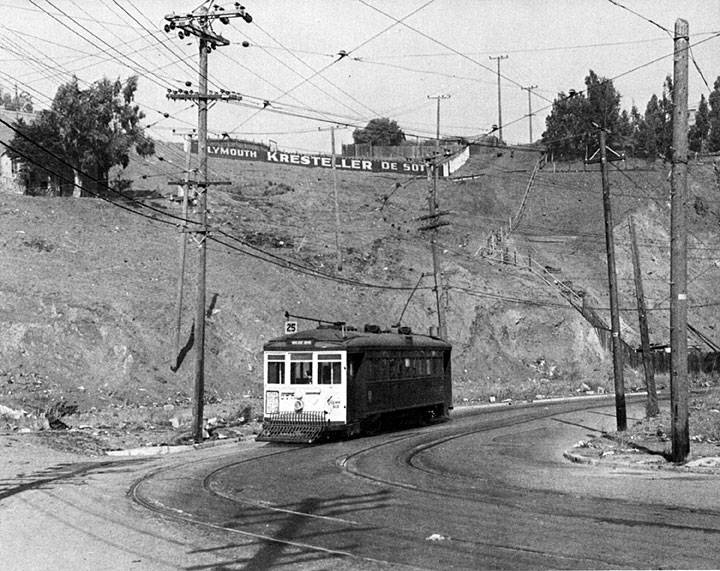 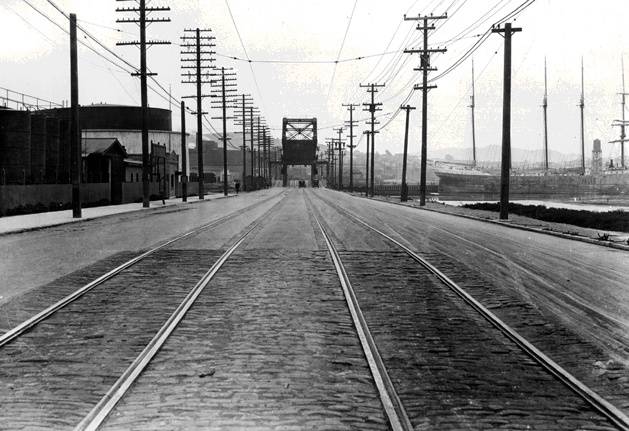 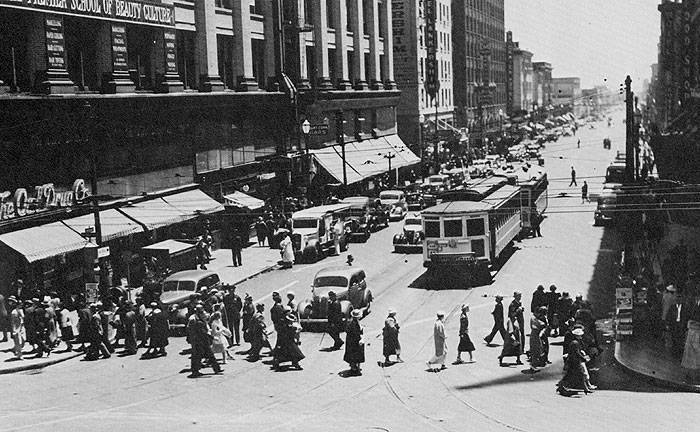 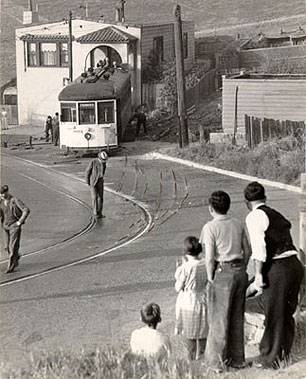 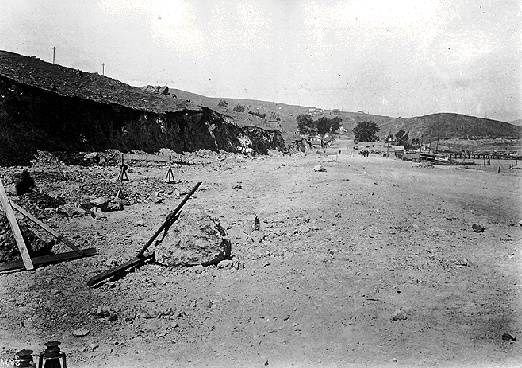 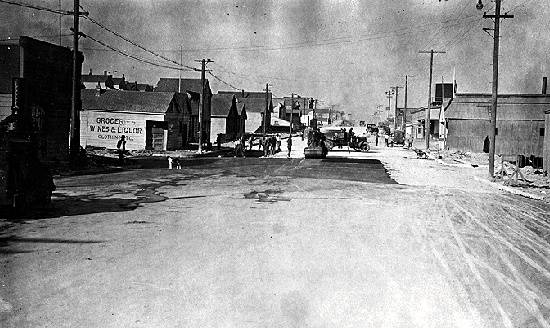 Hunters Point Boulevard looking towards the neighborhood in 1917 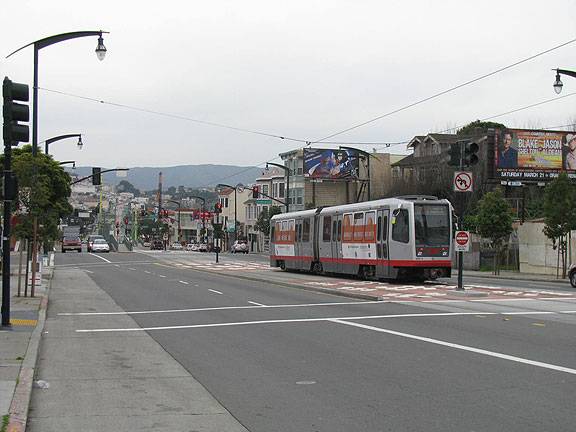 Third Street T-line cruising south in 2008. Decades after all streetcars were removed from this part of town, the City finally established this new (old) line.