Difference between revisions of "1868 Earthquake" 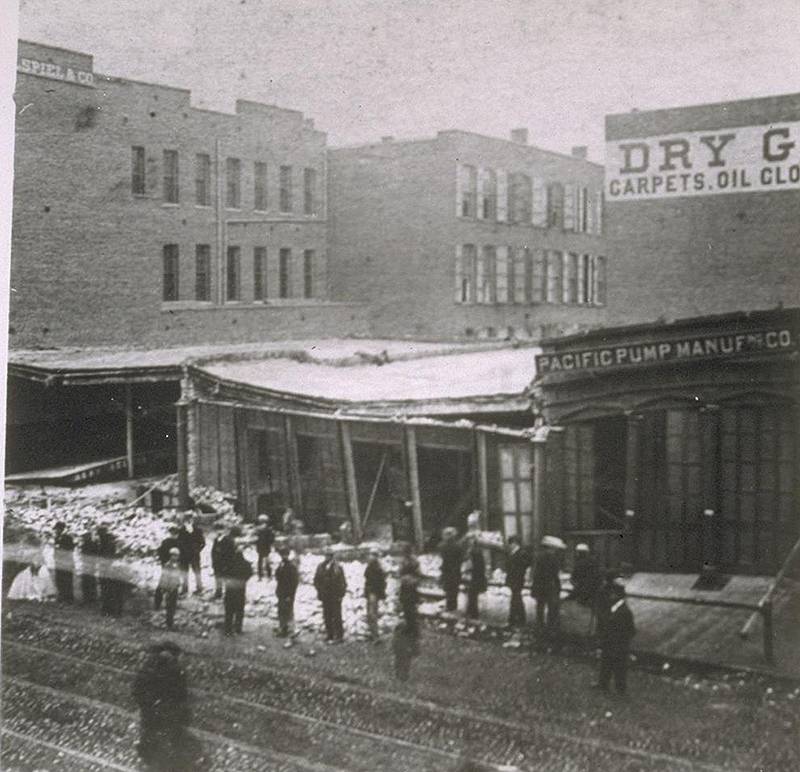 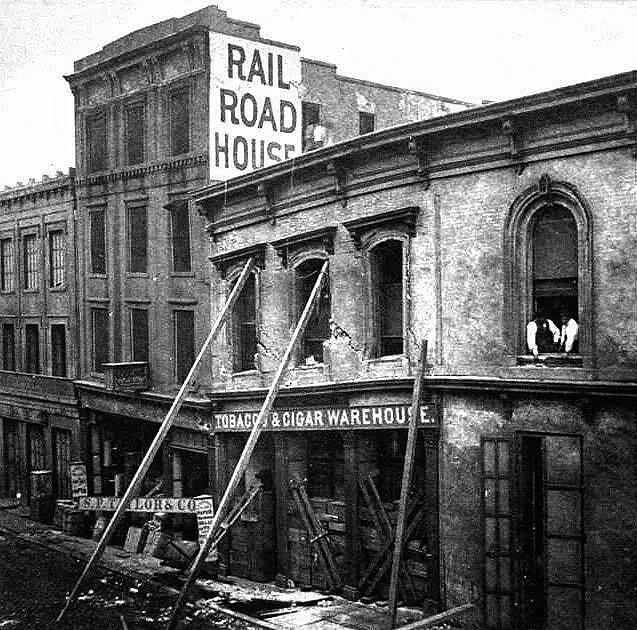 On October 21, 1868 an earthquake hit the Hayward fault in the East Bay, estimated at 6.3-6.7 magnitude. It's the last known large quake on the Hayward fault as of June 2020. It was known as the Great Earthquake of San Francisco until the 1906 quake and fire took the title. 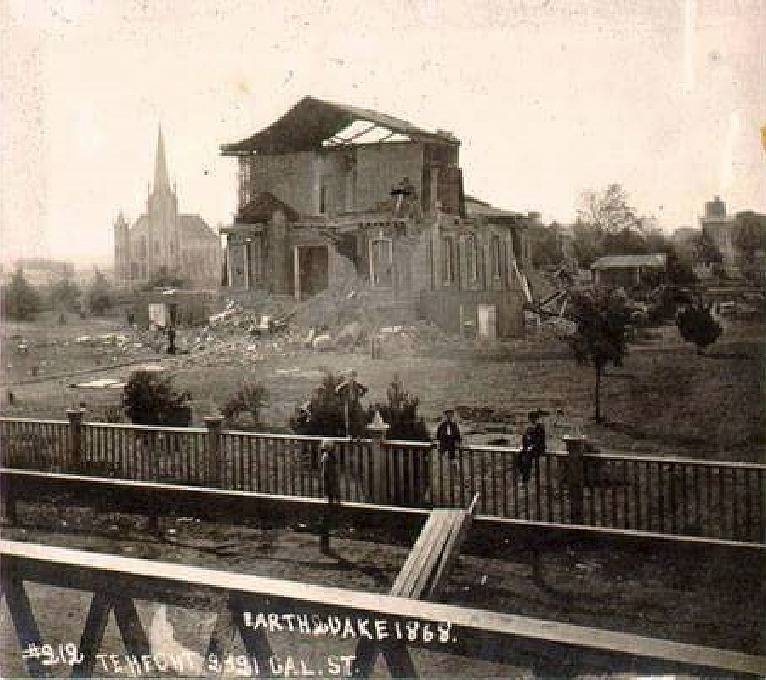 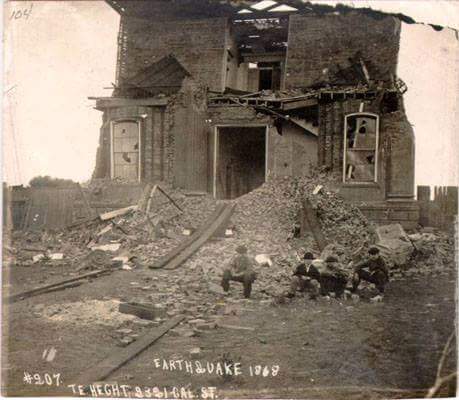 The town of Hayward experienced the most damage, with nearly every building destroyed or significantly damaged in the earthquake. The Alameda County Courthouse in San Leandro was destroyed, which resulted in the re-location of the County Seat to Oakland, its current site. The adobe chapel of Mission San José in what is now Fremont was also destroyed, as were several buildings in San Jose, San Francisco and throughout Alameda County. Damage was reported from Santa Rosa in the north to Gilroy and Santa Cruz in the south. Thirty deaths were attributed to the earthquake.